Why does the order of temple services in our prayers follow the non-hallachic opinion?

Something that has bothered me for a long time, and I have not found a good explanation for, is why we recite the order of service in the temple following Abbaye in the name of Abba Shaul, despite the fact that the hallacha clearly doesn't follow his opinion. Namely, Abba Shaul's position in Yoma 33a is that the blood of the sacrifice is offered on the altar between the five candles and the two candles, whereas the opinion of the sages is that it is the offering of the incence which interrupts between these two services.

Hallacha (e.g. the Rambam) follows the sages (and yachid verabim hallacha kerabim), but we still recite Abbaye in the name of Abba Shaul, which is the non-accepted opinion. Given that the purpose of reciting the sacrifices is to recall the way things were performed in the Temple, this seems particularly strange. It seems almost to undermine the whole rationale of reciting korbanos.

Why do we recite the order of temple services according to the non-hallachic opinion?

The Beis Yosef (O.C. 48:1 s.v. ויש נהגין) asks this question, and answers essentially that "the world" sees that Abaya holds the Halacha is like Abba Shaul, and didn't want to change his order.

Rabbi Chaim Zilberberg writes in his sefer, Darchei Chaim that he and his father would add in the opinion of the Rabbanan that argue with Abba Shaul in their own custom nusach.

The Lubavitcher Rebbe (Sefer Hasichos 5752 p. 418ff.) explains the common practice of saying the order according to Abba Shaul during the year, but using the order of the Rabbanan on Yom Kippur in spiritual terms. The difference between Abba Shaul and the Rabbanan is whether or not bringing the Ketores is a preparation for lighting the last two candles of the Menorah. Ketores represents the inner soul which is always connected to G-d. But during a time of exile (represented in both Abbaya's name - as he was an orphan - and Abba Shaul - one has to "borrow" so to speak, as one's Father is in a distant place) this inner soul doesn't find expression in matters that engage the world (represented by the Menorah that gives testimony to the world - Talmud Shabbos 22b). However on Yom Kippur, the inner soul is expressed, as it will be in the Beis Hamikdash, so the Halacha (as paskened in the Rambam and the Smag) is like the Rabbanan that the Ketores is a preparation for lighting the last two lights of the Menorah. 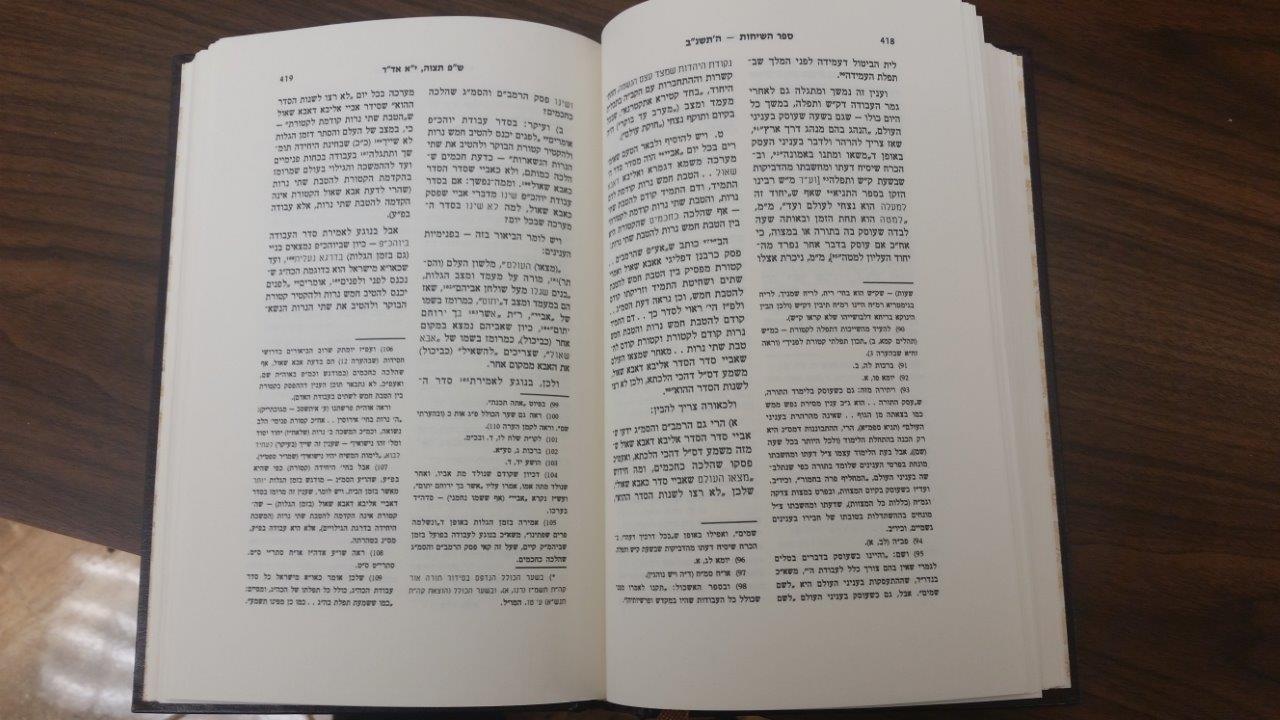 Exploring further, I have just found the following hakirah by Hercey Zelcer, which expands on the answers suggested by Danno and by Gershon Gold in the comments. I'll post the briefest of summaries here, according to my understanding.

According to the Eshkol (Rabbi Abraham ben Isaac of Narbonne), the reason we recite this passage is because it is a concise review of all temple services. Rabbeinu Bahaye tells us it is based on a Beraisa, which we know from other sources also, although our prayer book text differs from the text of the Beraisa and from the text in the Gemara in various interesting ways. These ways are designed to put us in the proper mood of the Temple Avoda, fulfilling the directive in Menachos 110a that one who involves themselves in the study of the sacrifices, it is as if they offered those sacrifices.

But, if we're already modifying texts, why not modify it to follow the hallacha? Yishai gives what I think is a great answer; Rabbi Yosef Shamshi, the Eshkol, and others give a different answer, that "it doesn't matter", perhaps because the atmosphere and the fact that we are digging up a Beraisa is the important thing. Perhaps I can understand Rabbi Shamshi as saying that it's davka because it's non-hallachic that we are doing pure "Torah study" here; but that's pure speculation on my part.

Not the answer you're looking for? Browse other questions tagged beis-hamikdash shacharis-morning-prayer mishna machlokes korbanos-ketores-prayers .

4
Why mention God, our god, for the chatas/asham and not for the ola/sh'lamim/toda?
12
Did the kohanim wear tefillin during their Temple services?
6
What will happen to most of the text of our prayers once the next Temple is built?
2
How does the Temple Institute choose among disagreeing interpretations on Temple construction?
3
Where in the Temple does the Shechina sit?
4
Why didn't our forefathers build a Temple?
8
Why was it improper to stick out a thumb in the Temple?
7
How does the Motza Temple fit into our tradition?