technology fruits oil masechet-maasrot
share|improve this question|||||
edited May 19 '19 at 9:40

All pictures from 'Pnei Shabbat', pictorial guide to Mishnayot Shabbat by Yonatan Gerstein. 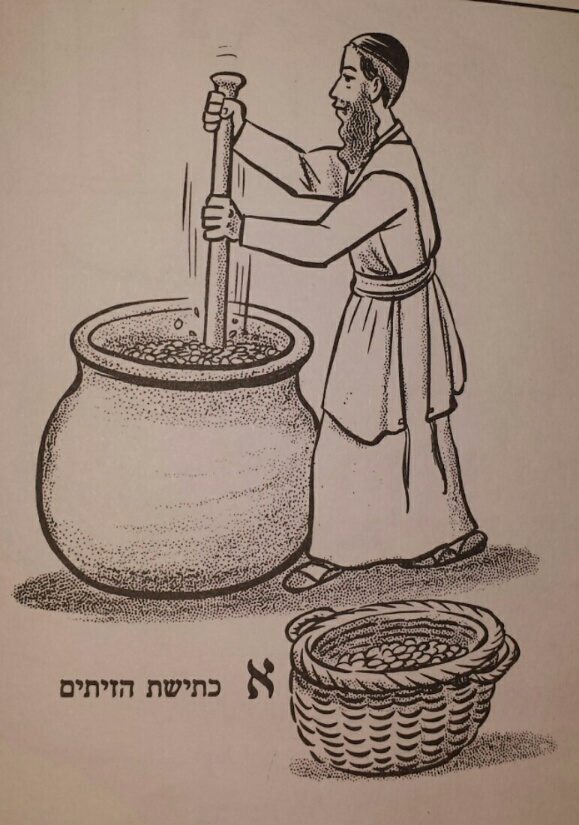 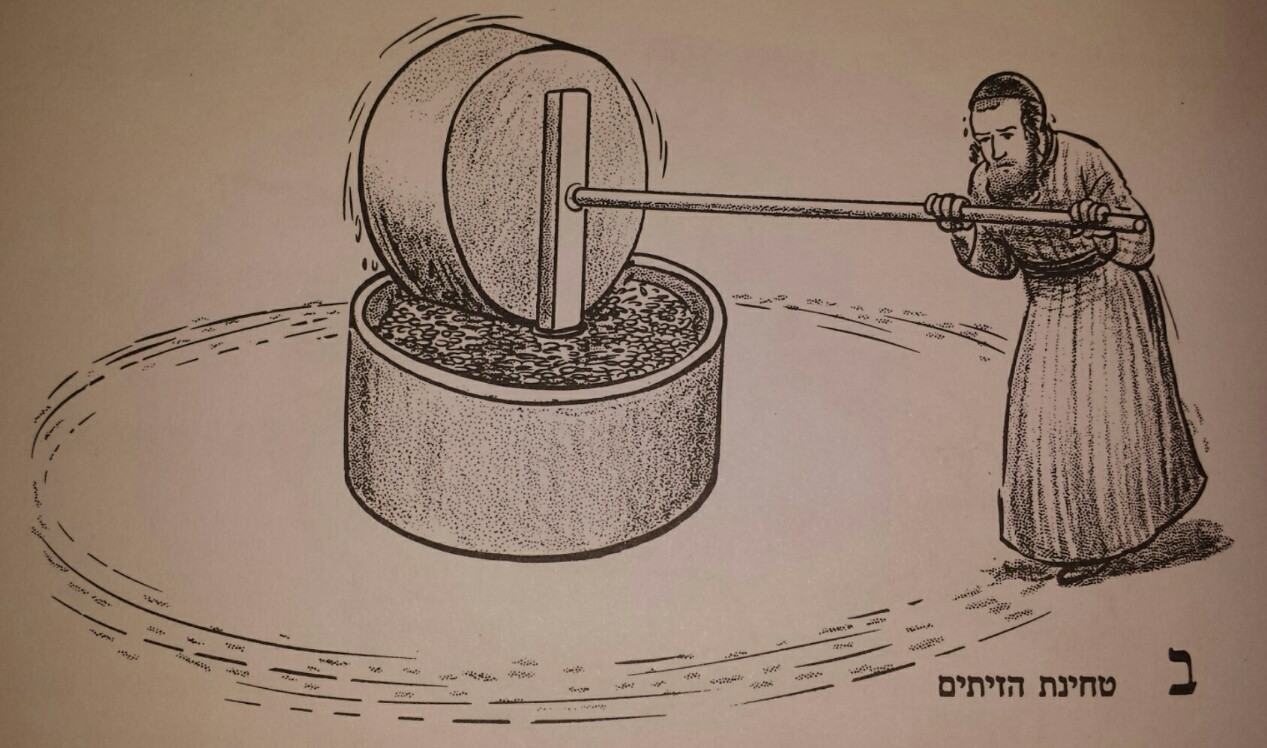 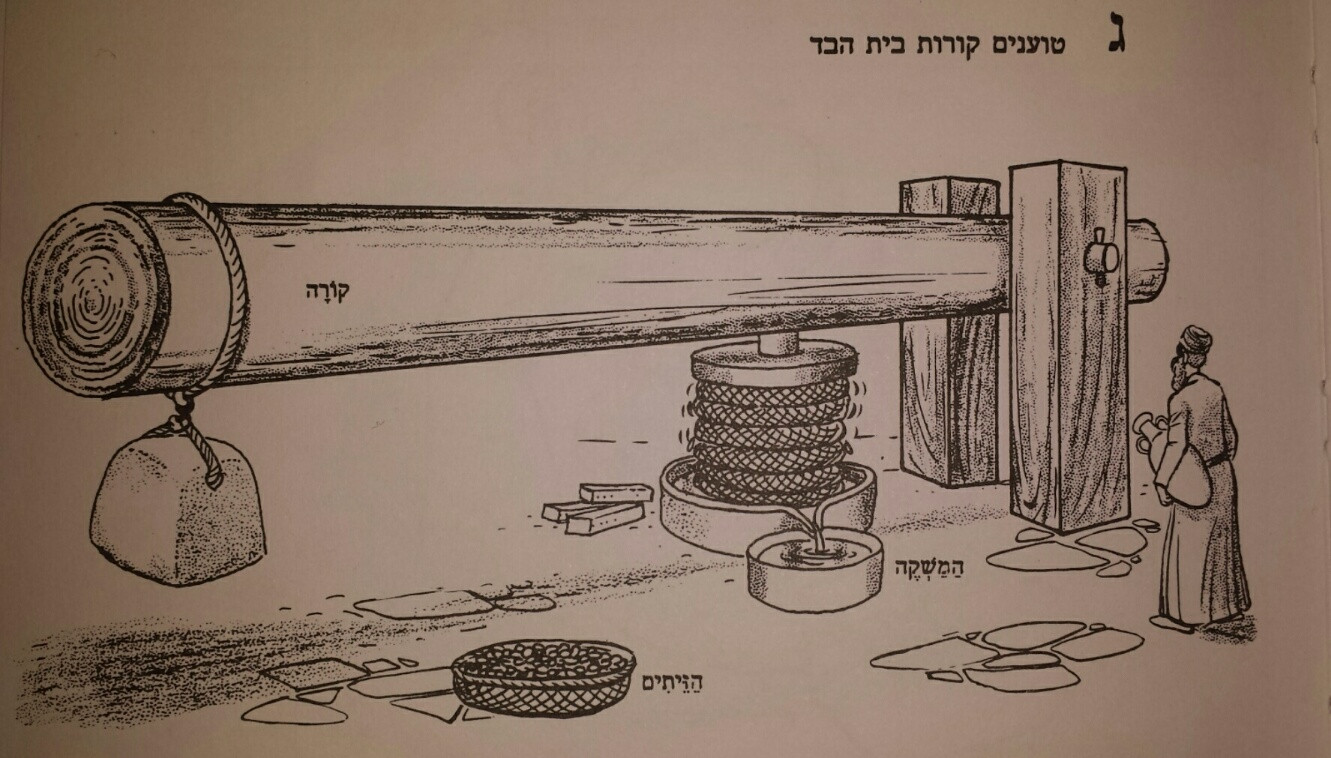 Here are some real life pictures: 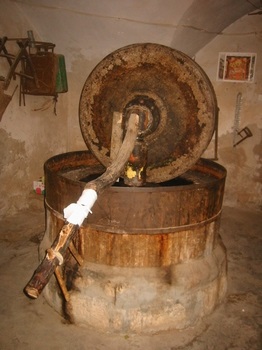 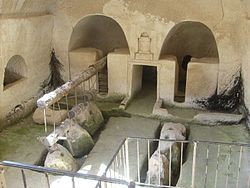 This is the translation from Iyun Hadaf:

He also rules that the oil ...

... that has already dripped into the trough is forbidden, but the oil ...

... that is still dripping from the 'Memel' (the heavy stone which presses the olives in the Ekel [Tiferes Yisrael]) and from between the 'Pitzim' (the planks which also squeeze out the oil from the olives) is permitted.

The Tana includes the oil that is still dripping from the Ekel (often referred to as the 'Ekel Beis-ha'Bad') is - the rope-vessel in which the olives are placed for pressing.

Ukal- rope vessel (basket) that is used to hold oilves during pressing.

Chamita- batter-cake ,oil can be placed on the cake

Not the answer you're looking for? Browse other questions tagged technology fruits oil masechet-maasrot .

5
What to look for in Chanuka flames
10
Is olive oil unhealthy?
13
Is Extra virgin olive oil kosher by default?
5
Can olives infected with worms from the olive fly be used for making olive oil
6
What type of olive oil was used for the shemen hamishcha (Anointing oil)?
1
Is the olive oil I get for my menorah regular regular olive oil?
6
Oily foods on Hanukkah (specifically olive oil?)
1
Can any brand or type of olive oil be used to light Chanukah candles?