Why is Hebrew Called "Jewish" in the Bible?

We see that in most of the Bible, the Jews are called "בני ישראל/Israelites"; only in later books are they called "יהודים/Jews" (e.g. Esther 2:5, Zechariah 8:23), after the loss of the 10 tribes. However, the only word appearing for the language of the Jews is "יהודית/Jewish/Yiddish" -- no "לשון הקדש" or "עברית". Granted, one reference is during the 2nd Temple period (Nehemiah 13:24). However, in II Kings 18:26, an Assyrian emissary is asked to speak in "יהודית" rather than in ארמית/Aramaic.

Why, then, even at this earlier point, when the entire nation of Israel lived in the land, is the language specifically referred to as the Judean language? Is that meant to imply that the other tribes were speaking something different? Or was it just the common, understood way of referring to the language?

On a related note, when did Hebrew begin to be known as עברית/Hebrew?

Well historically speaking the only time, pre-Babylonian exile, that the word יהודית(which in this case is probably best translated as Judean) is employed is when the Assyrians move to sack Jerusalem. This is some 240 years after the Kingdoms were divided, which itself would have fostered dialectic differences, and after the Northern Kingdom(Israel) had already fallen and been deported by the Assyrians.

Likely because there were multiple Hebrew-based dialects among the various Semitic people, including lingual differences between the different tribes of Israel.

The Moabites, for example, had a Hebrew dialect that was only slightly different from Hebrew (source). One famous example of this is the Meisha Stele, written either in the Phoenician script or ancient Hebrew, which are two similar alphabets and the words themselves are a form of Hebrew.

In Tanach we see that many people from Am Yisrael had names that were also used by the Edomites. Here's a list from Da'at Mikra: 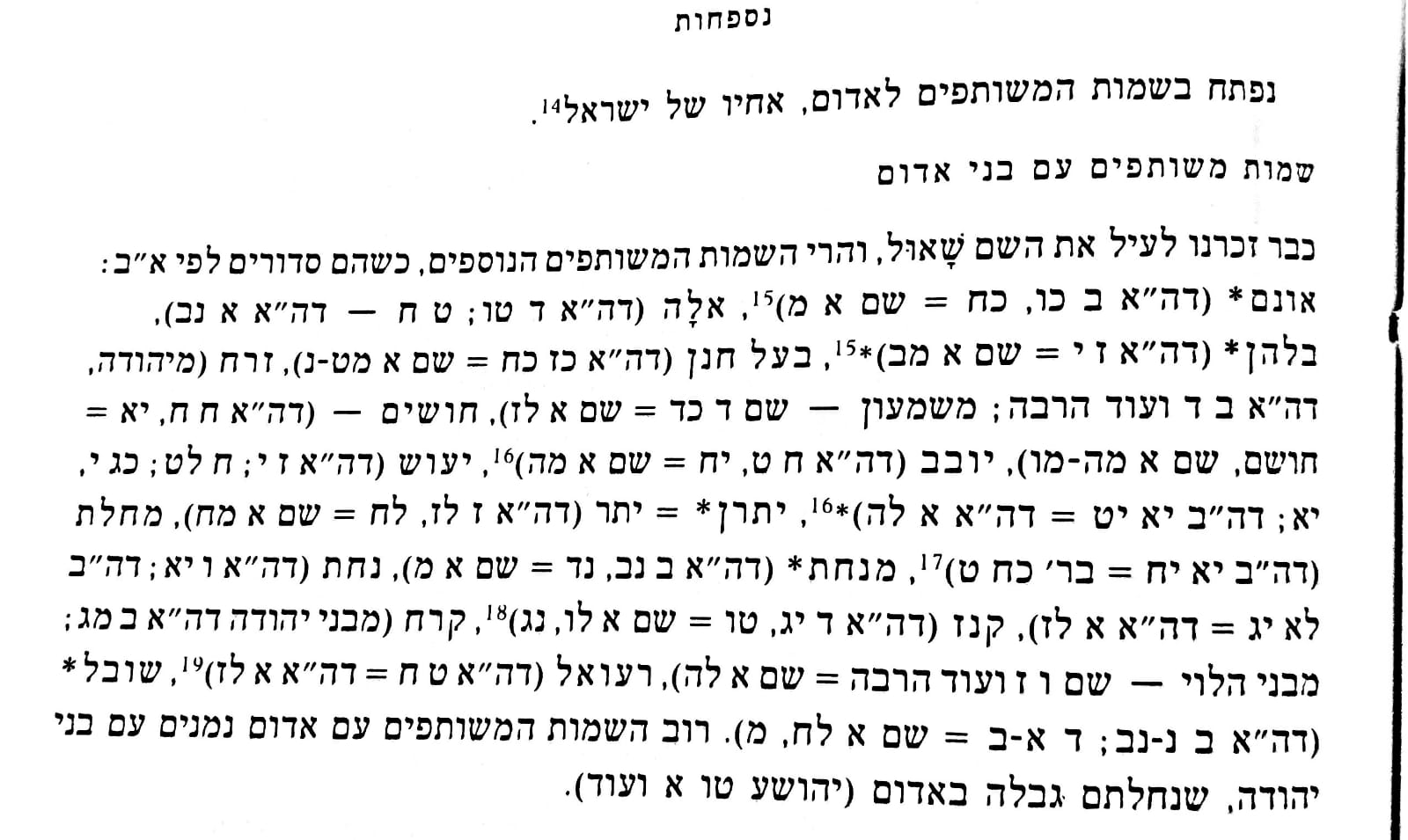 However, Edomites also had words we don't recognize, such as the name of their chief deity, Qos (קוס) which brought upon names such as Qos-Gabar.

Rabbi Ahron Marcus in Barzilai explains that because different tribes bordered different non-Jewish nations, over time, their Hebrew evolved in different directions (he wrote a lot on the subject; the entire book is dedicated to the development of the Hebrew language. The following is only a small part of what he has to say on the matter of Hebraic dialects):

"With the building of the Temple, many architectural terms were added to the Hebrew language, influenced by Syrian architects and builders. These terms we learn from Kings I and Yechezkel, where they appear, hundreds of years later, in style differences and names and lingual varieties that we have yet completely interpret. Moreover, commerce ties with India, Arabia, Southern Africa and Egypt were developed. Due to the split between the two kingdoms, Judea and Israel, a situation came about that one bordered the nations that spoke a southern Semitic dialect and the other had neighbors who spoke a northern Semitic dialect...Yonah ben Amitai, from Gat Hachefer...his city of birth, Gat Chefer, was in the Tribe of Zevulun, not far from Tzidon, and was surrounded by the Phoenician langugage, whose influence can be found in the richness of this prophet's speech..."Beshelmi" (Yonah 1:7), which came from the mouth of one of the sailors. This is a clear Phoenician term..." (pg. 205-207)

"Like all of the prophets, Ovadiah prophecied the destruction of the kingdoms whow ere considered, techincally, vassals of Judea: Edom, Peleshet, Efraim, Shomron and Gilad..."S'farad" is a word with a Phoenician structure, with a Dalet at the end (like "Rafsad")..."Ketel" is a northern Semitic and Aramaic word...by Yonah, whose birthplace neighbored the northern border of the area of the Hebrew language...we find more than any other prophet, words taken from Phoenician and even Assyrian...like "Meshamrim" instead of "Shomrim", "Lo" instead of "Oto", "Charishit" instead of "Me'alefet"...by Hoshea and Amos the differences in the north are more defined. Especially we find by them Shin instead of Samech...for example, בשורי instead of בסורי; and השירו instead of הסירו. And by Amos we find בושס instead of בוסס, and בולס instead of בולש, and מסרף instead of מצרף. And in Hoshea, און instead of הון..."Anach" (Amos 7:7) is a strange Sumerian word which entered the Hebrew through Phoenician, and the same about Haharmonah (4:3). From the common language of the north we find "Doga", "Avtit", "Kaluv", "K'vrah"...

At the time, the richness of the language in Judea reaches its peak. The first in the line of southern prophets is Yoel...by Yoel the word "Acar" similar to the Arabic verb "Acar" - to farm the earth. By Yoel we find for the first time the word "Kerem" and whole slew of farming terms: "Mamgerah", "Magrefot", "Dashah", "Magal"...the rest of the new words point to a relationship with the southern Semitic dialects spoken by the neighboring nations..." (pg. 300-303)

Therefore, it seems very likely that the Hebrew dialect of Judea became known over time by other nations as "Yehudit" - "Judean".

For more on Hebrew dialects, see here, for example.

If you spoke about עברית in Biblical times, would you mean

Not the answer you're looking for? Browse other questions tagged hebrew tanach aramaic language history .

2
Most original form of the Hebrew Bible/Tanach
16
Is Hebrew the mother of all languages spoken today in the world?
6
Why is the Haggadah written in Hebrew?
6
According to Jewish sources: which language came first, Hebrew or Aramaic?
5
Common language and the language of the Scripture used in 1st century BCE?
0
Sacred vs Holy: why the same word in Hebrew?
2
Why Hebrew wasn't the spoken language in the Gemara times?