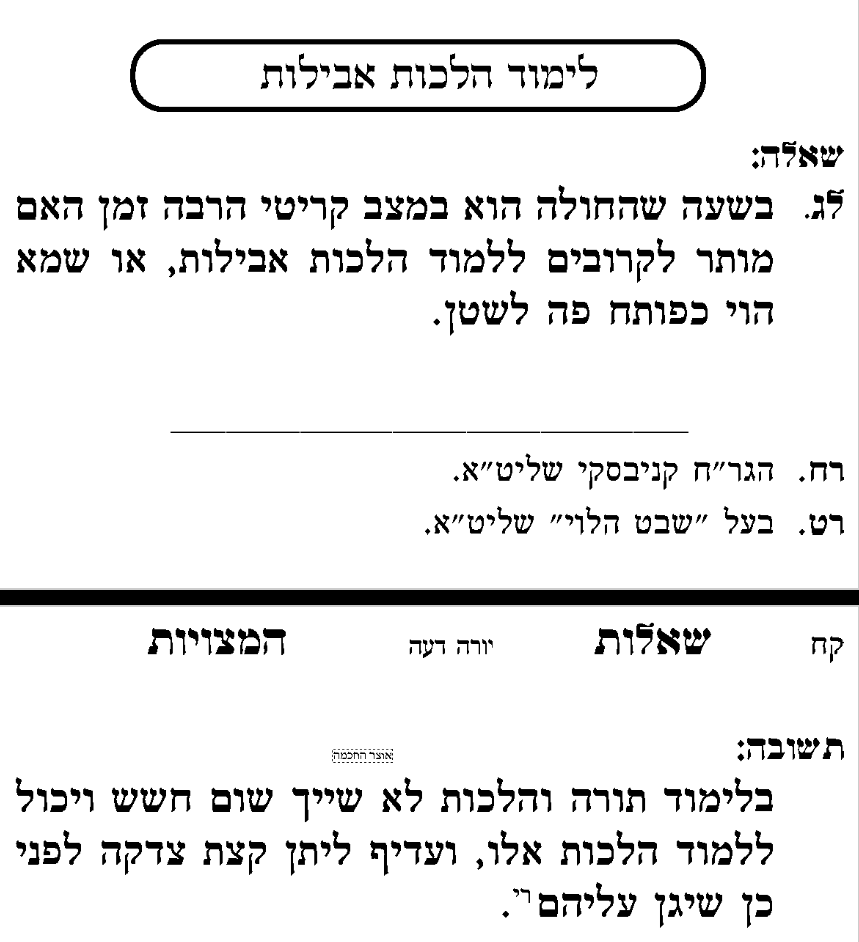 2
Do the laws of not learning on tisha b'av also apply to Ches Av?
7
Siding with your father in an argument between parents
4
Are specific tactics prescribed for civil laws that encroach on Jewish law?
3
Not to learn parts of Torah until they become applicable
0
Why is it considered "good mazal" to have a bird drop on you?
1
Consequence of filial mitzvot with parents and children both converting