Rav Moshe and Giving Your Time for Charity

I recall hearing that Rav Moshe Feinstein rules that one should donate a tenth of his time to learn with other Jews, in addition to the more commonly accepted 'tithe' of money. The only source I was able to find this referenced in was an Aish article that quotes an interview of Rav Moshe in the Jewish Observer where he made that claim.

Does anyone know if this is brought down anywhere else, specifically in Igros Moshe? Or alternatively, what it would be filed under in the Yad Moshe, as I couldn't find it?

Following @Yirmeyahu's lead I found my copy of the Eye of the Needle with the full copy of the article you are looking for. I scanned it below. See end of page 3 and page 4. It is not a straight interview of R Moshe Feinstein but an essay based on his call for action to yeshiva students. 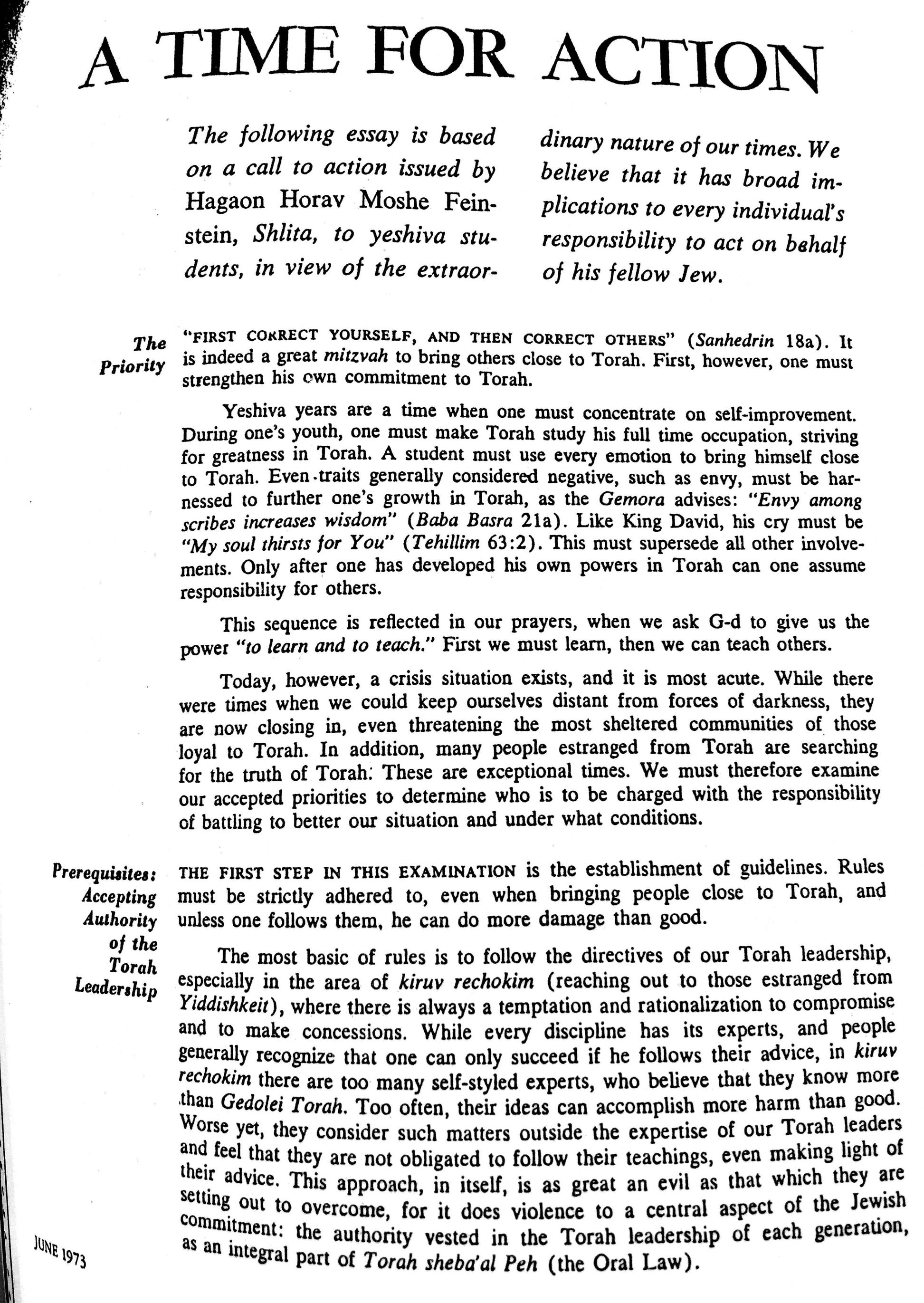 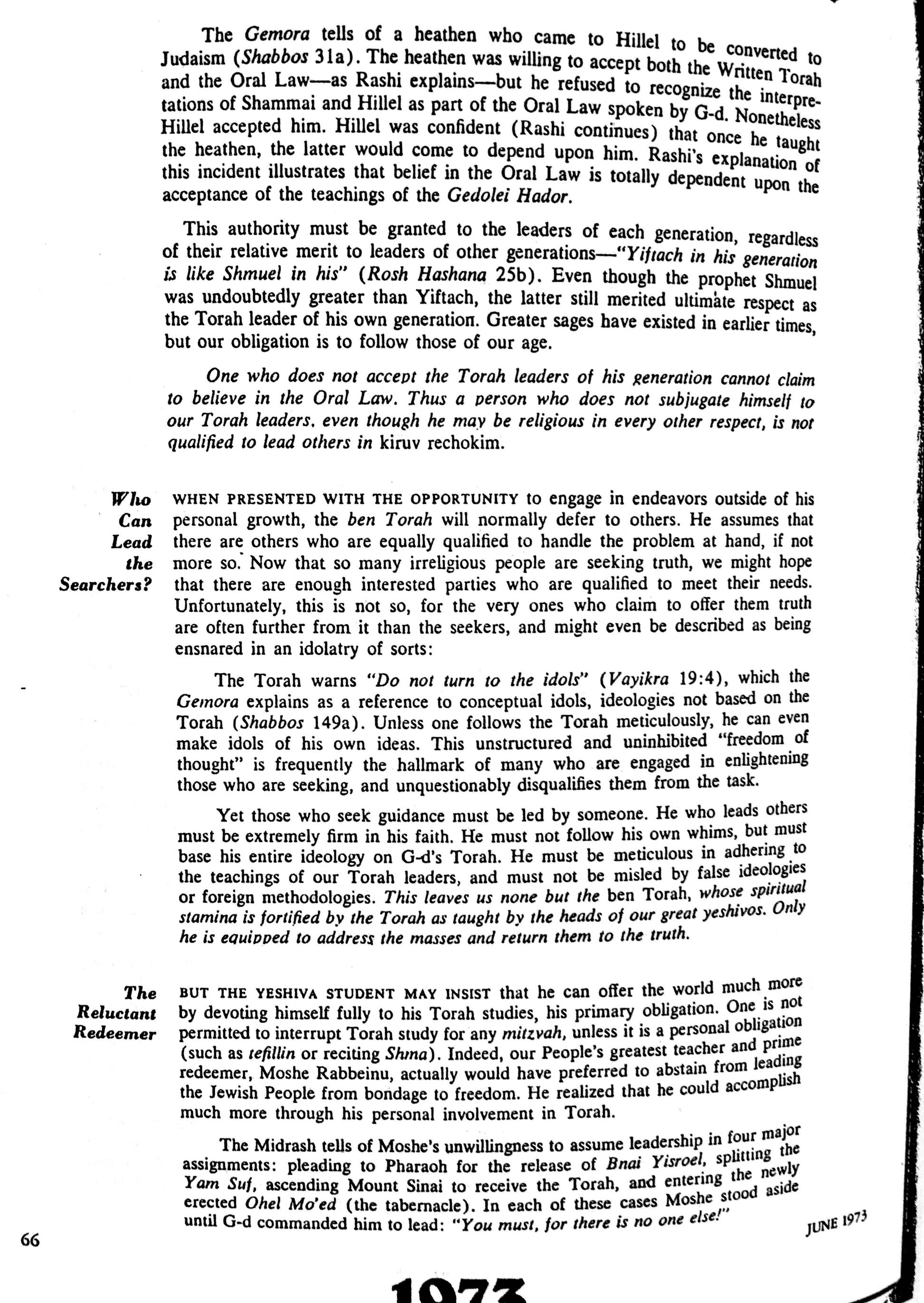 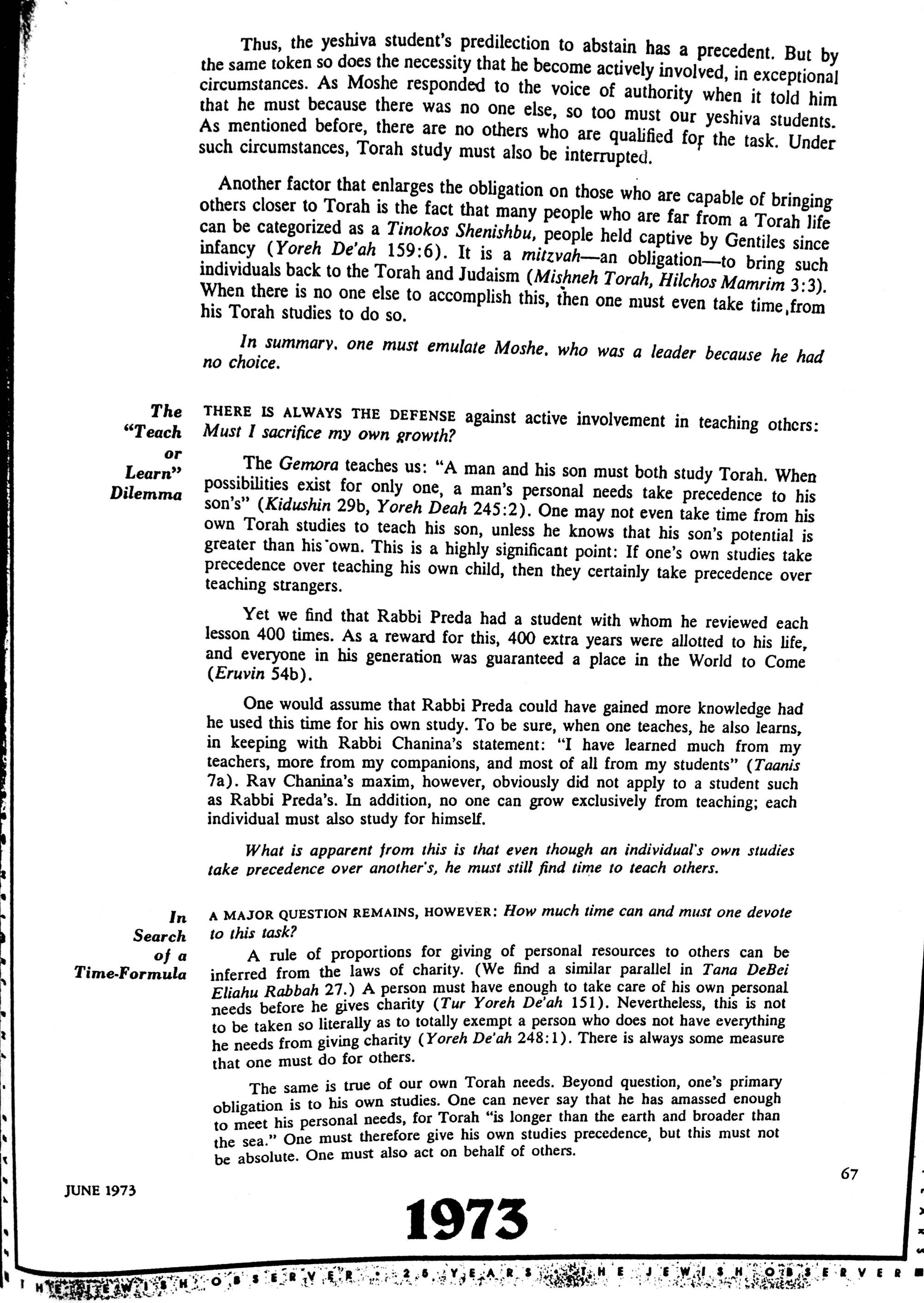 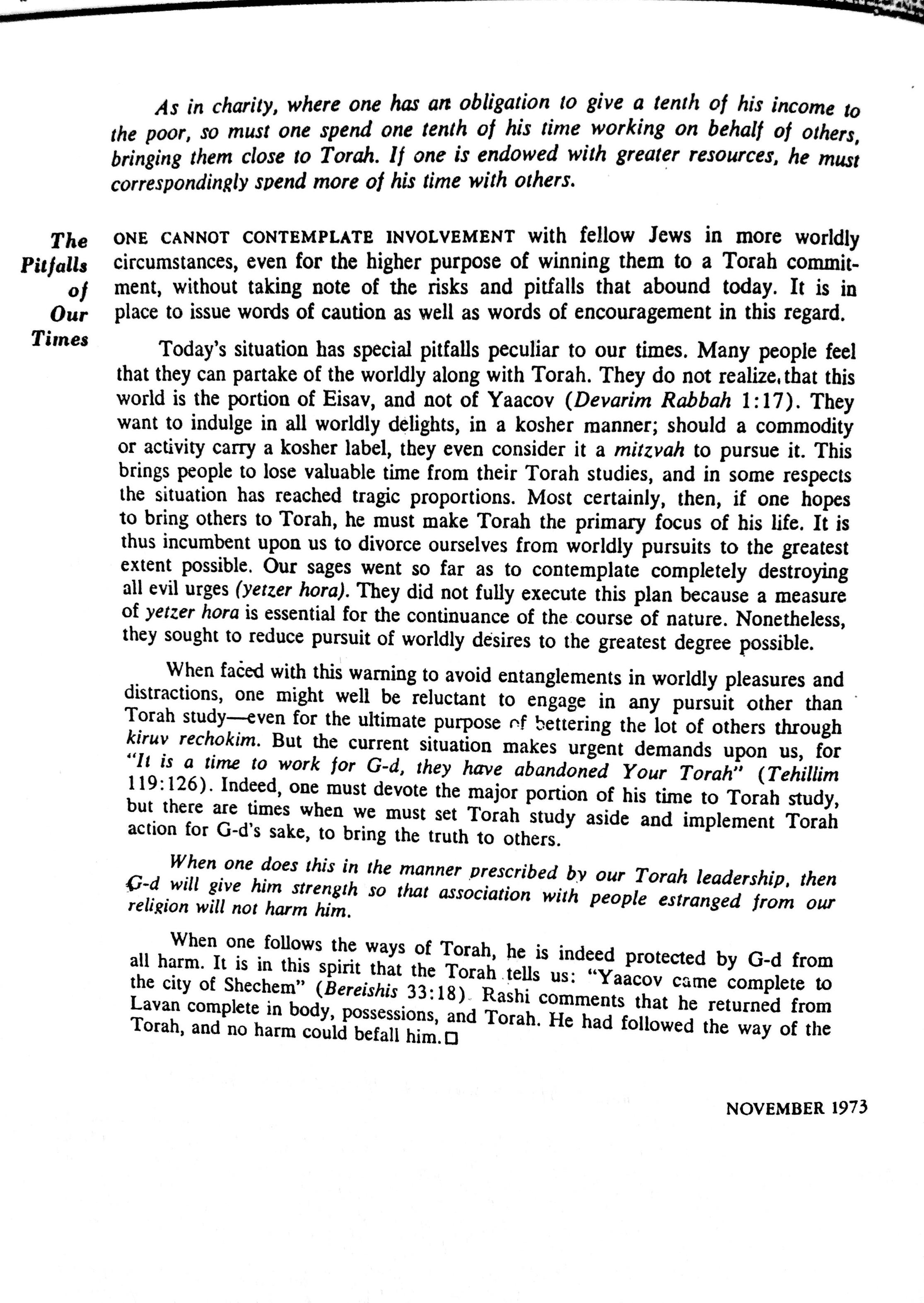 I have spent time over several days unsuccessfully trying to locate my copy of "Eye of the Needle" (which incidentally I see is recommended in the link you provided) but in the index there is a copy of the Jewish Observer article which you and your source have mentioned. My recollection of the article is that it didn't merely mention this idea in his name but rather the whole article originated with him. The origin of the article is explained here "Rav Moshe Feinstein zt”l, in a call to action that was directed to yeshiva students and published in the Jewish Observer in June, 1973". Using one's time to lehrn Torah with the less capable is also also mentioned in the Igros Moshe:

On Shabbos I noticed that this idea is mentioned in the Stone Chumash:

R' Moshe Feinstein stated that a Jew should tithe not only his possessions, but also his time, by contributing time to the service of worthy causes. (comment on Genesis 28:22)

It is not clear that their source is independent of those mentioned above.

Not the answer you're looking for? Browse other questions tagged sources-mekorot torah-study time maaser-tithes moshe-feinstein .