On the door of the Heichal Shlomo in Jerusalem are several square plates which appear to symbolize the twelve tribes. 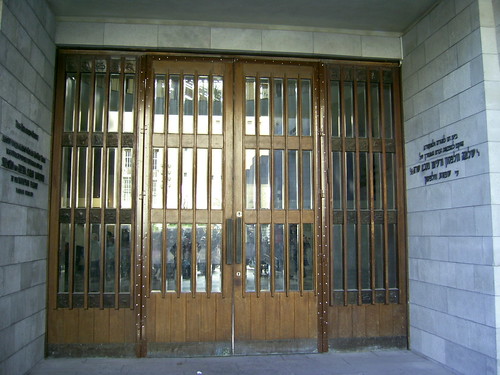 I'm having trouble figuring out which tribe each of these plates corresponds to. Perhaps I would have an easier time if I understood the Hebrew titles on the images. Several (but not all) of the images appear to be based on the imagery from the blessings Jacob gives his sons in Genesis 49.

Here are the ones I believe I have identified... 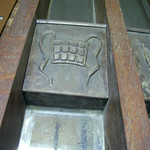 Genesis 49 doesn't mention ephods or the priestly nature of Levi, but I think this one is clear, regardless. 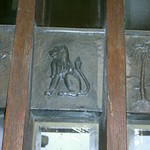 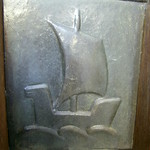 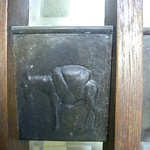 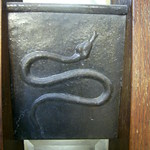 Left-most plate in the below image: 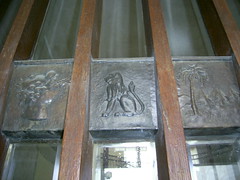 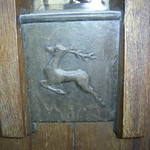 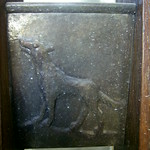 Have I misidentified any of the above images?

So, that leaves Reuben, Simeon, Gad, and Joseph, and the following plates which don't seem to line up with the imagery in Genesis 49: 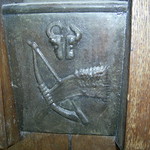 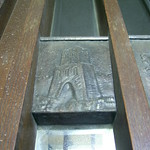 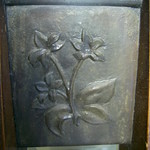 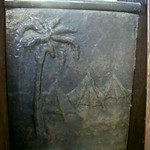 Which plate goes with which tribe, and why?

Thanks to zeevveez for the great CC BY 2.0 pictures!
shevatim-12-tribes art
Share
Improve this question
edited Oct 28 '14 at 20:54

As @DoubleAA suggested, the answer is on the pictures "web title", which I see when resting the mouse on each image.

From right to left, you have Gad, Re'uven, Shimon and Ephraim. You don't have a pic for Menashe.

Not the answer you're looking for? Browse other questions tagged shevatim-12-tribes art .

5
Root of Tribe of Binyamin's Sin
21
Why do people keep saying 12 tribes of Israel when there are 13?
7
Did each tribe of Israel serve a specific purpose?
4
Tribe of Converts
5
Tribe of Hoshea Ben Eileh
3
What families constituted 1/2 tribe of Menashe?
3
Which tribe was Eliyahu HaNavi from - Contrasting opinions?