Taking Three Steps Back after Amidah while somebody is still davening

I can't for the life of me figure out why people in America (in E"Y I have seen people being makpid) who are totally not makpid on this. Why!? It's an explicit halacha in Shulchan Aruch!

Rav Yitzchok Berkowitz is quoted as saying that if there is a Mechitza or any type of bench or chair which is at least 10 tfachim high (and with no spaces within it wider than three tfachim) than it is 100% mutar to take steps backwards, because its considered as if you are in a separate area than the mispallel.

Furthermore, I saw in a sefer from a talmid of Rav Dovid Feinstien (Vedibarta Bam) a limmud zchus that says even if it's not halachically considered a separation, ie. not 10 tfachim high, its still mutar, because you don't need a separate reshus to take steps back, instead its enough a minor separation between each other, thus even a shtender or table is enough of a separation. Although Lmaaseh R Dovid feels that one needs a full 10 tfachim

I heard in the name of Rav Meir Stern Rosh Yeshiva of Passaic, that even that cracks in the tiles on the floor are considered enough of a separation. I cant verify as to whether or not he actually said this and on what basis he made this claim. But it was explained to me that he considered the 4 Amos of a person was the boundary of “Admas Kodesh” holy grounds. And that a break in that area, ie. The tiles, is enough to be considered a separation between the admas kodesh.

The halacha is also that if one needs to go to the bathroom it is mutar to step back.

Parentheically, the Aruch Hashulchan says that this halacha is not dependent on whether it is distracting to the mispaellel, rather it is assur because you are standing in "his presence of G-d" ie. his 4 amos. Thus, even if the persons face is covered with a tallis and can't see you step back is still assur. 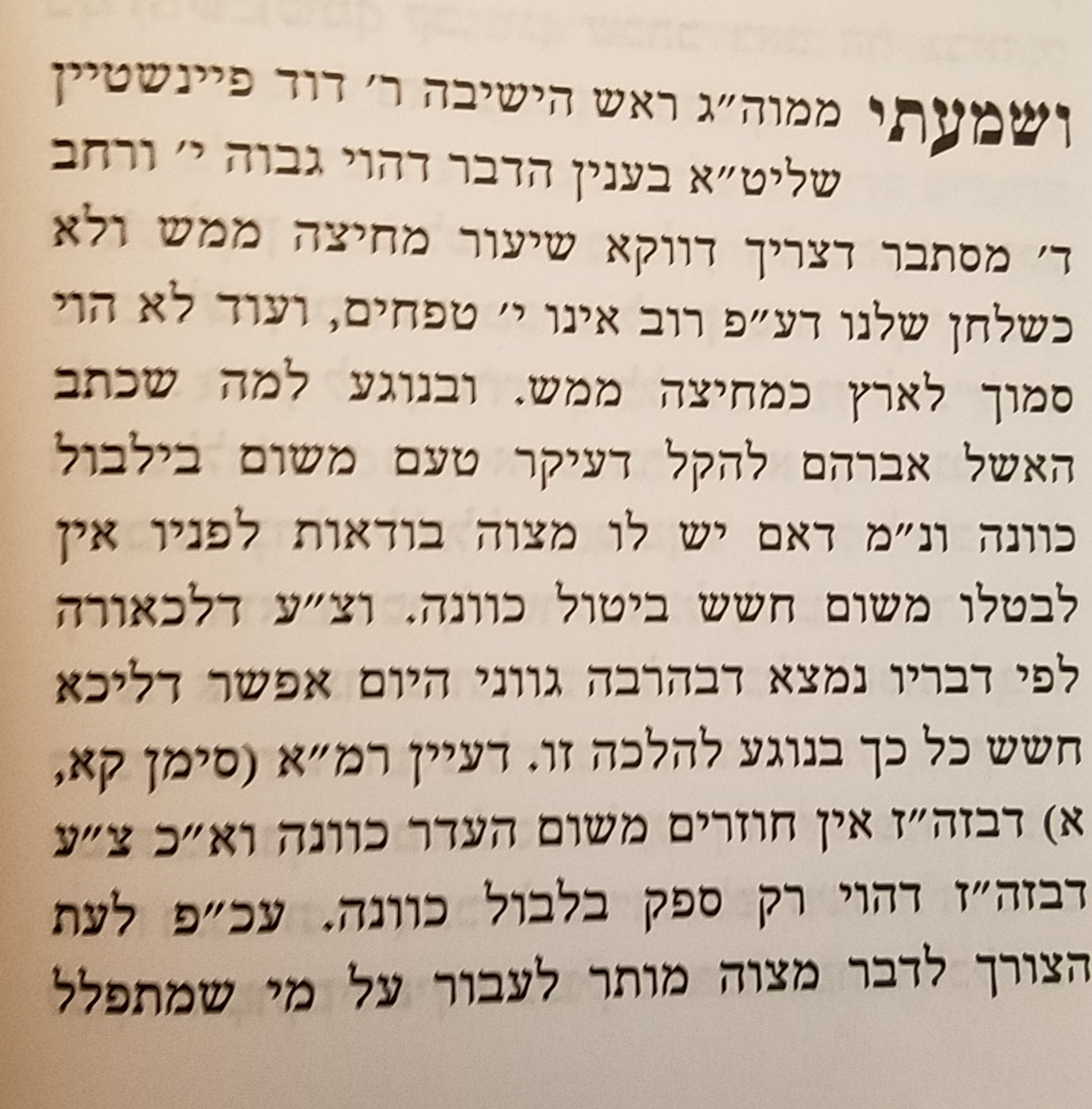 3
Chanukiyot inside or out?
8
Washing oneself on Erev Shabbos with hot water
4
Do any sfarim mention halachic ramifications of the fundamental beliefs?
7
Must the Purim feast take place in a location where it's Purim?
1
Three steps forward after daytime amidah (with no minyon)
3
Taking three steps with limited space
6
How could Rebbe Nachman (seemingly) go against the Shulchan Aruch?
7
Nature of restrictions on passing during niddah