Lubavitcher Rebbe on the Shoah

There is a controversial analogy attributed to the Lubavitcher Rebbe, in which the Shoah is looked upon as a surgical procedure, with God being likened to a surgeon who removes a limb in the best interests of his patient. I refer to it as "controversial" only because it has inspired argument and debate, and not as a value judgment. I would like to see it, however, in print.

My research into this question has so far yielded the following results:

My sources for the foregoing include a very strongly-worded article by Prof. Yehuda Bauer (here), Prof. Bauer's subsequent article in Haaretz (translated here), and two responses to that article: one by R' Eliezer Shemtov (translated here) and the other published at chabad.info.

I want to see the original article, which was published in Mada' veEmunah, to which Mrs Grossman responded in August of that year and to which the Rebbe subsequently made reference one week later.

I am not asking for people's opinions on the validity or the cogency of this analogy, on the Lubavitcher Rebbe or on Prof. Yehuda Bauer.

B"H, the photos of the original follow. It was published at Kfar Chabad in 1977 based upon two talks of the Rebbe. One from Simchat Torah 1970 and the other from 11 Nisan, 1973.

This is the link to the Rebbe's sicha in Yiddish from the 11th of Nisan 1973. The relevant section begins in the 3rd paragraph on page folio 22 and goes to page 25. Sichot Kodesh 5733 Vol 1

It is worth noting that the original talks by the Rebbe do not have the language about a surgeon removing limbs. And it begs the question where this idea came from in the edited booklet printed in Kefar Chabad in 1977.

A little further investigation gives some insight into who may have written the booklet and how this idea got inserted into the discussion.

The exact language appears in a private letter from the winter of 1954 (5714) that the Rebbe wrote to Rabbi Bentzion Shemtov, the father of Rabbi Avraham Shemtov. Rabbi Bentzion Shemtov was a Shaliach to England for many years and the letter was in answer to specific questions that Rabbi Shemtov had concerning the subject of Divine Providence and how to relate this to the Holocaust. This letter was reprinted in Igrot Kodesh, Vol. 8, pp. 180-182. It appears that the question from Rabbi Shemtov related somehow to people who had walked away from observance after the Holocaust.

It is of interest to note that Rabbi Bentzion Shemtov went to Kefar Chabad to establish a printing and bookbinding cooperative for Russian-Jewish immigrants to Israel following Shavuot of 5735 (1975), which he spent with the Rebbe in Crown Heights in New York. On the 5th of Tammuz, only 28 days later, he was struck by a car and killed. He was buried in Jerusalem. The booklet, Emunah v'Mada, may have been something he was working on himself or was printed by the cooperative he established as a tribute for his second yartzeit.

Copies of those pages appear below after those from the booklet 'Emunah v'Mada' for comparison. 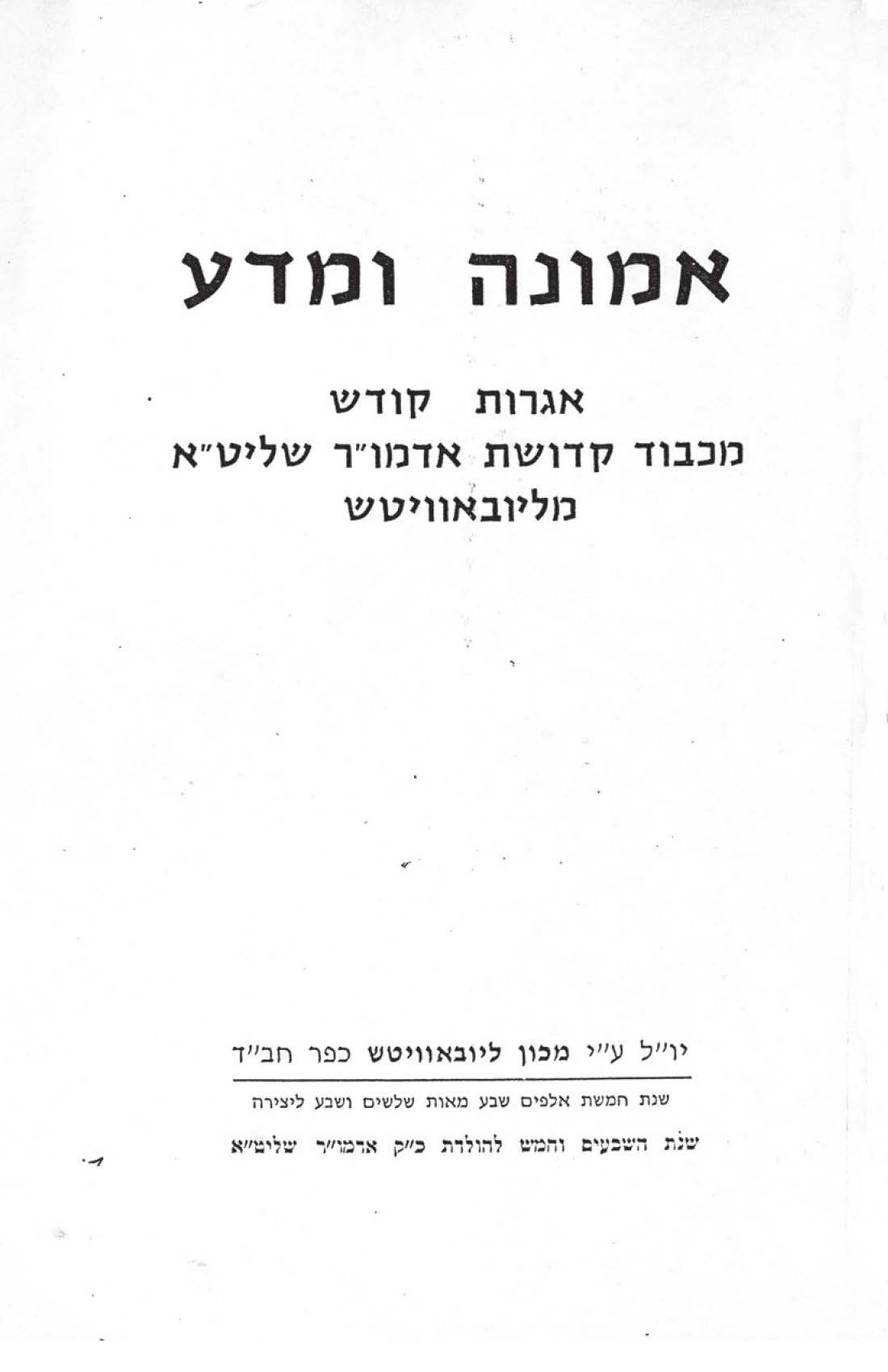 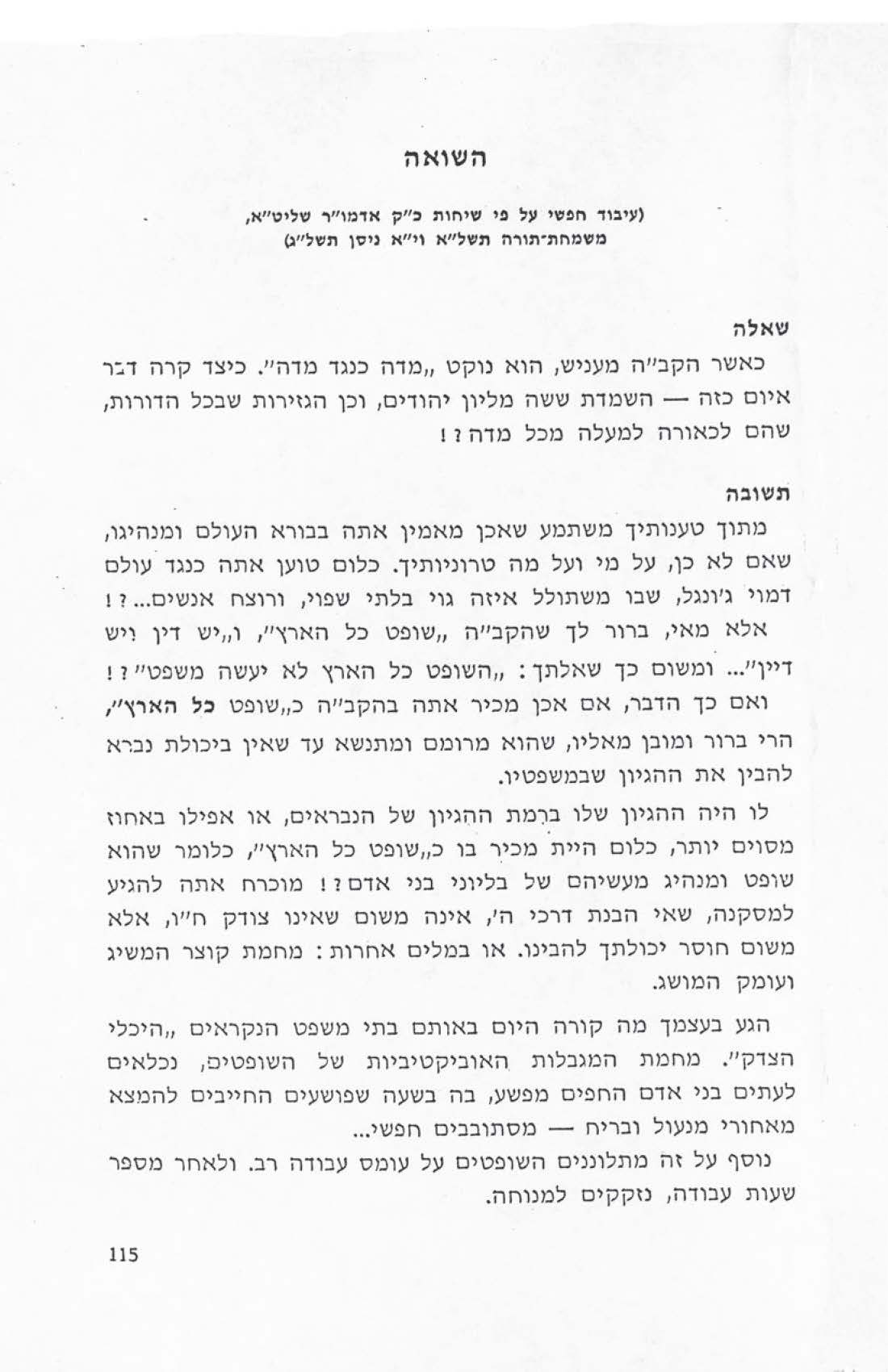 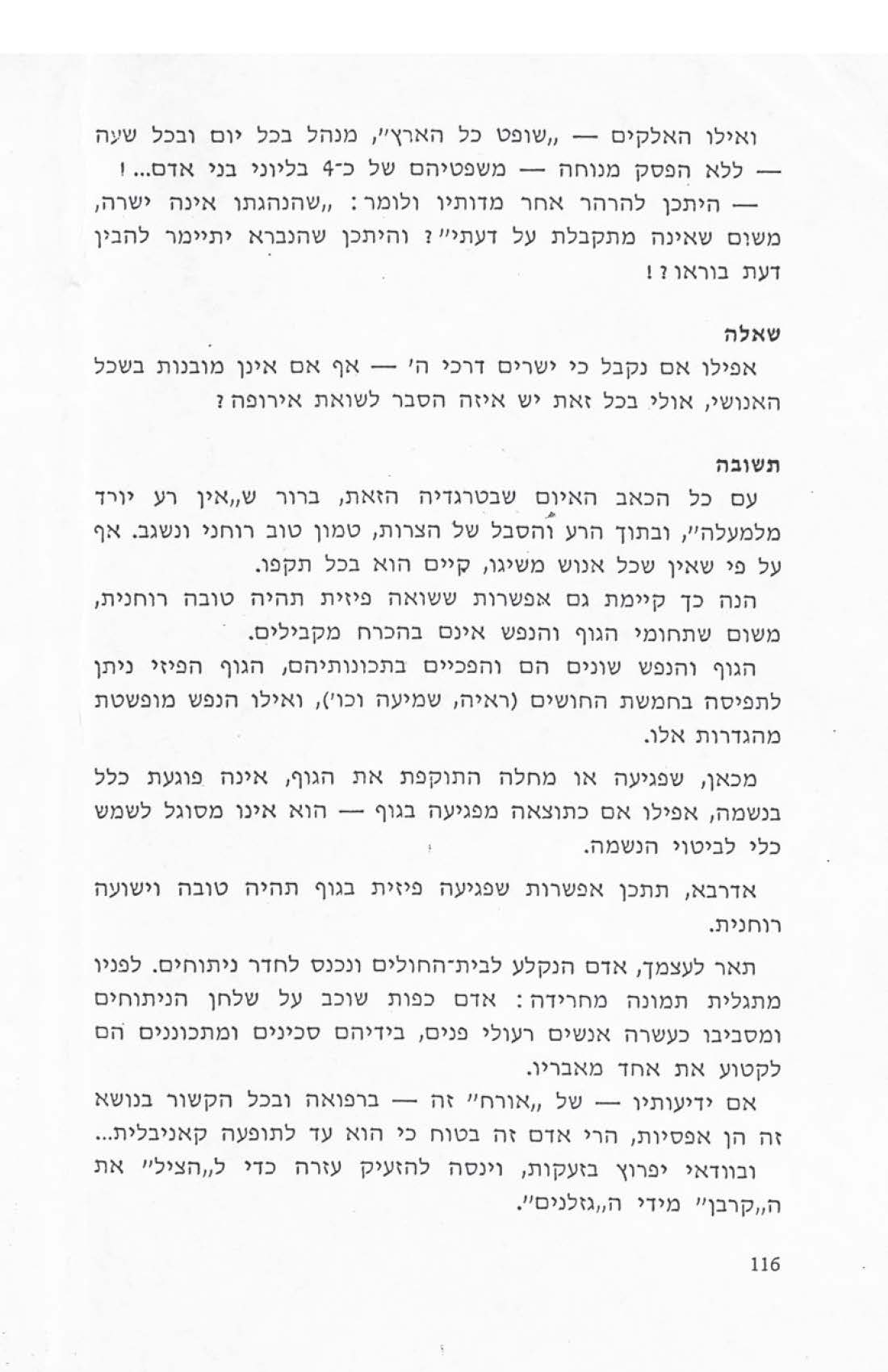 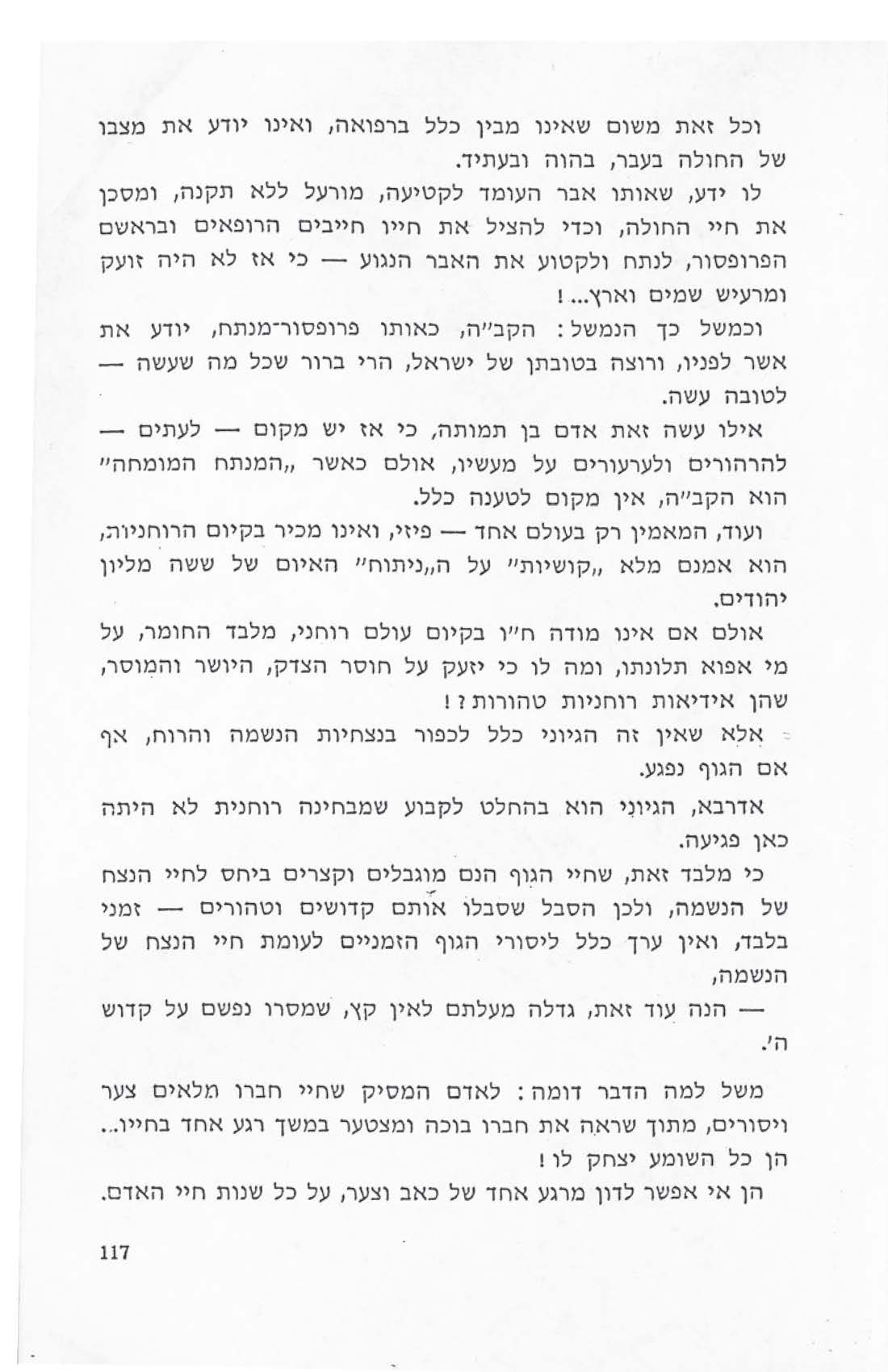 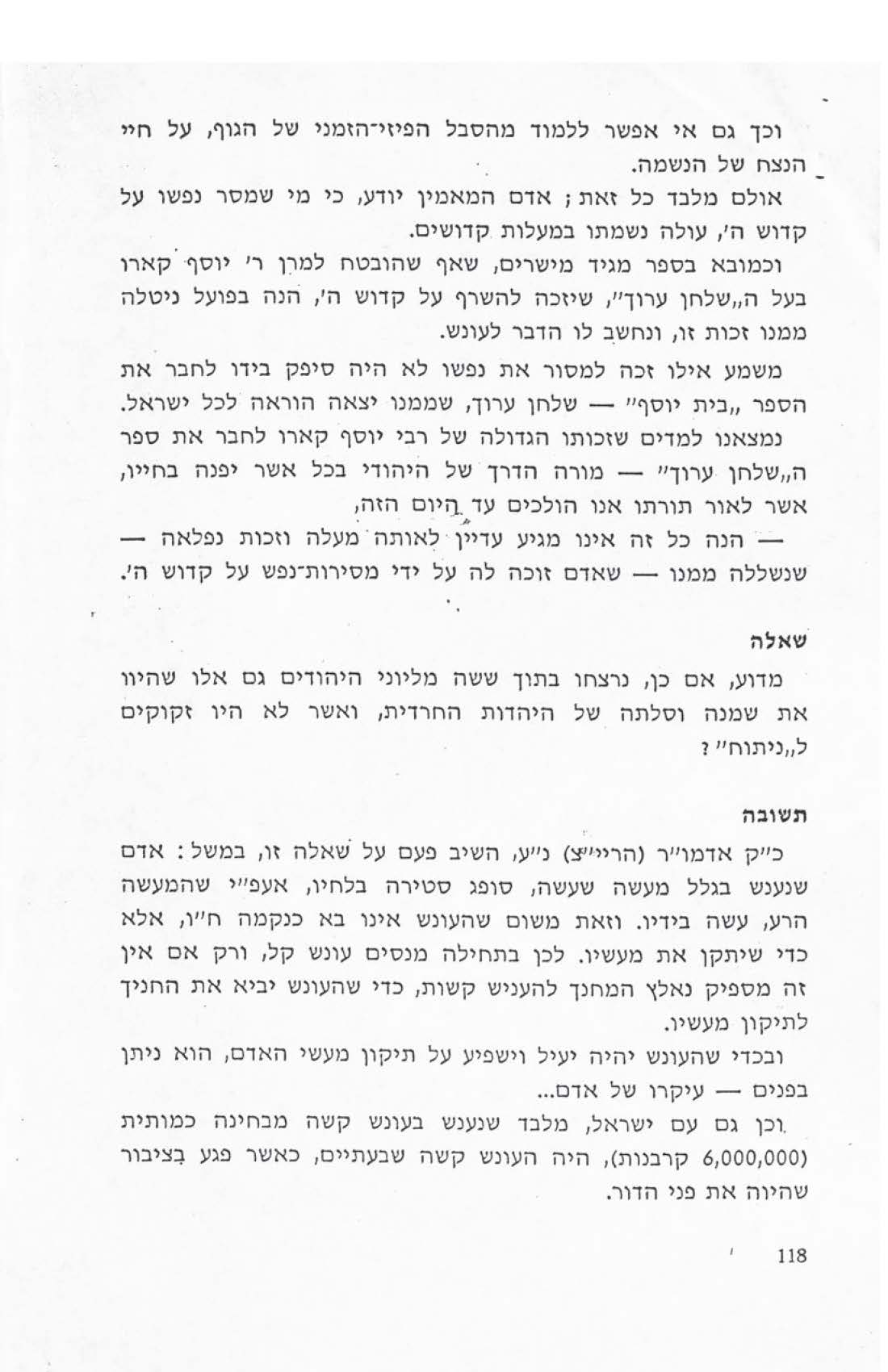 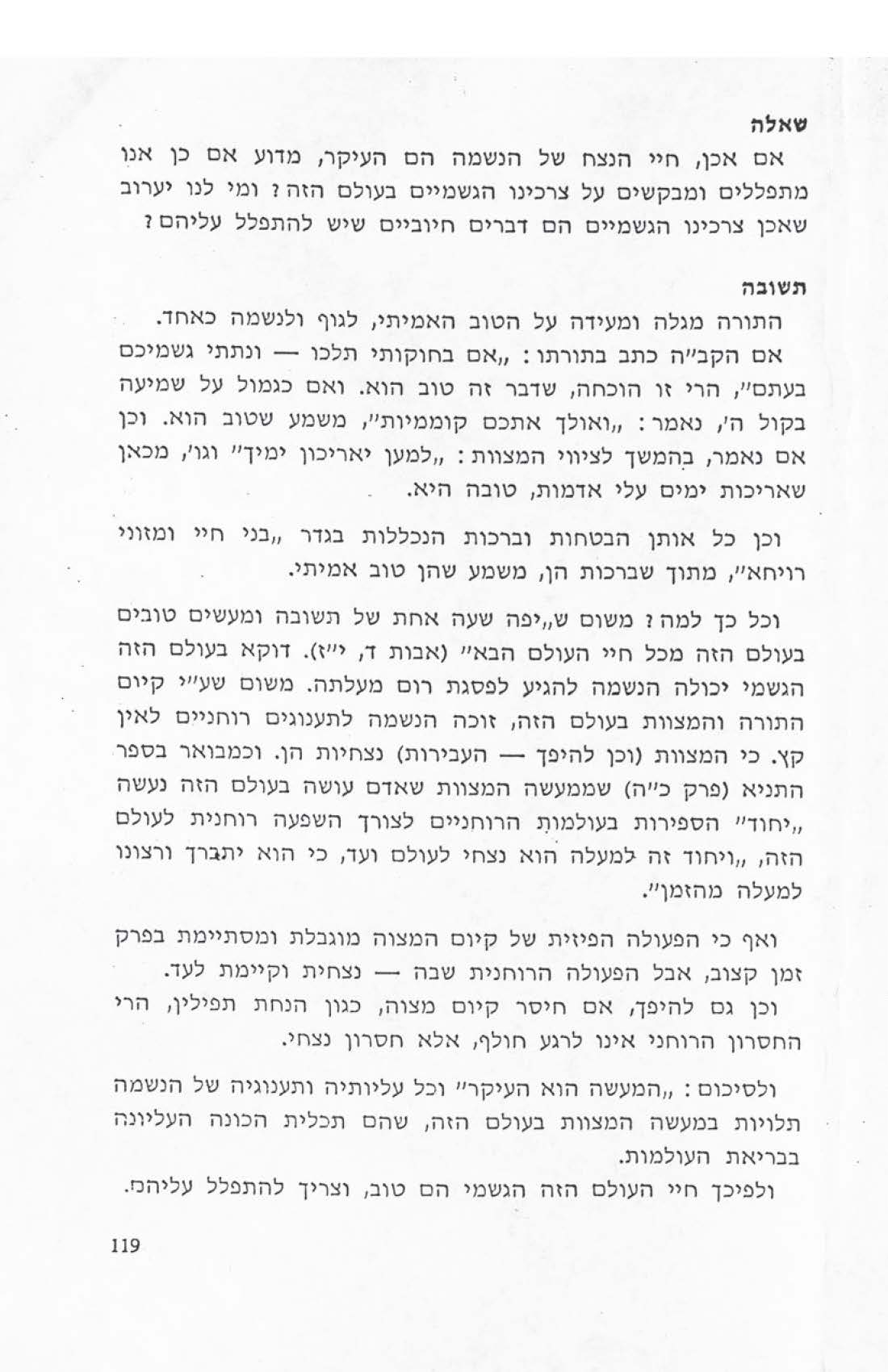 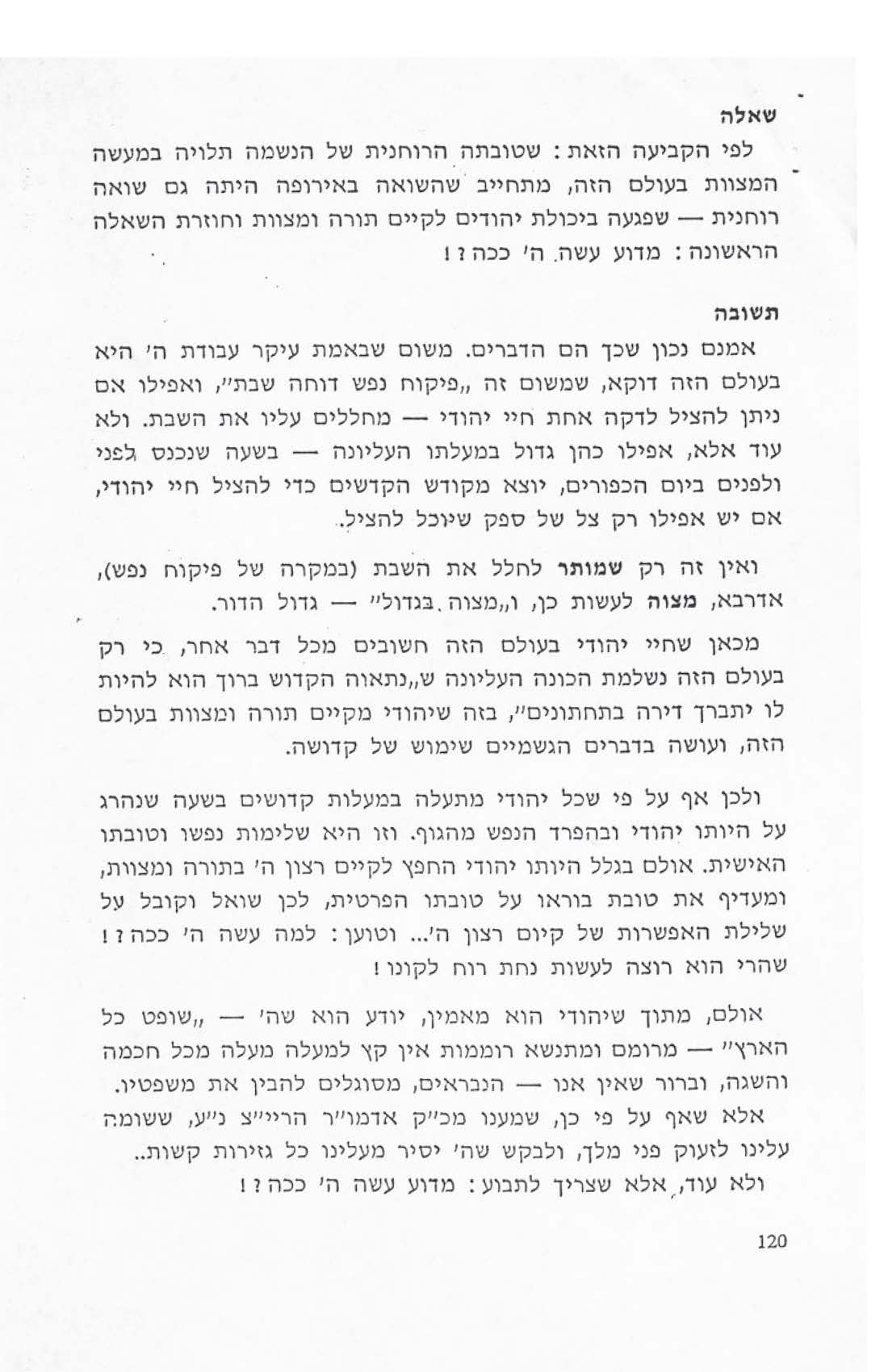 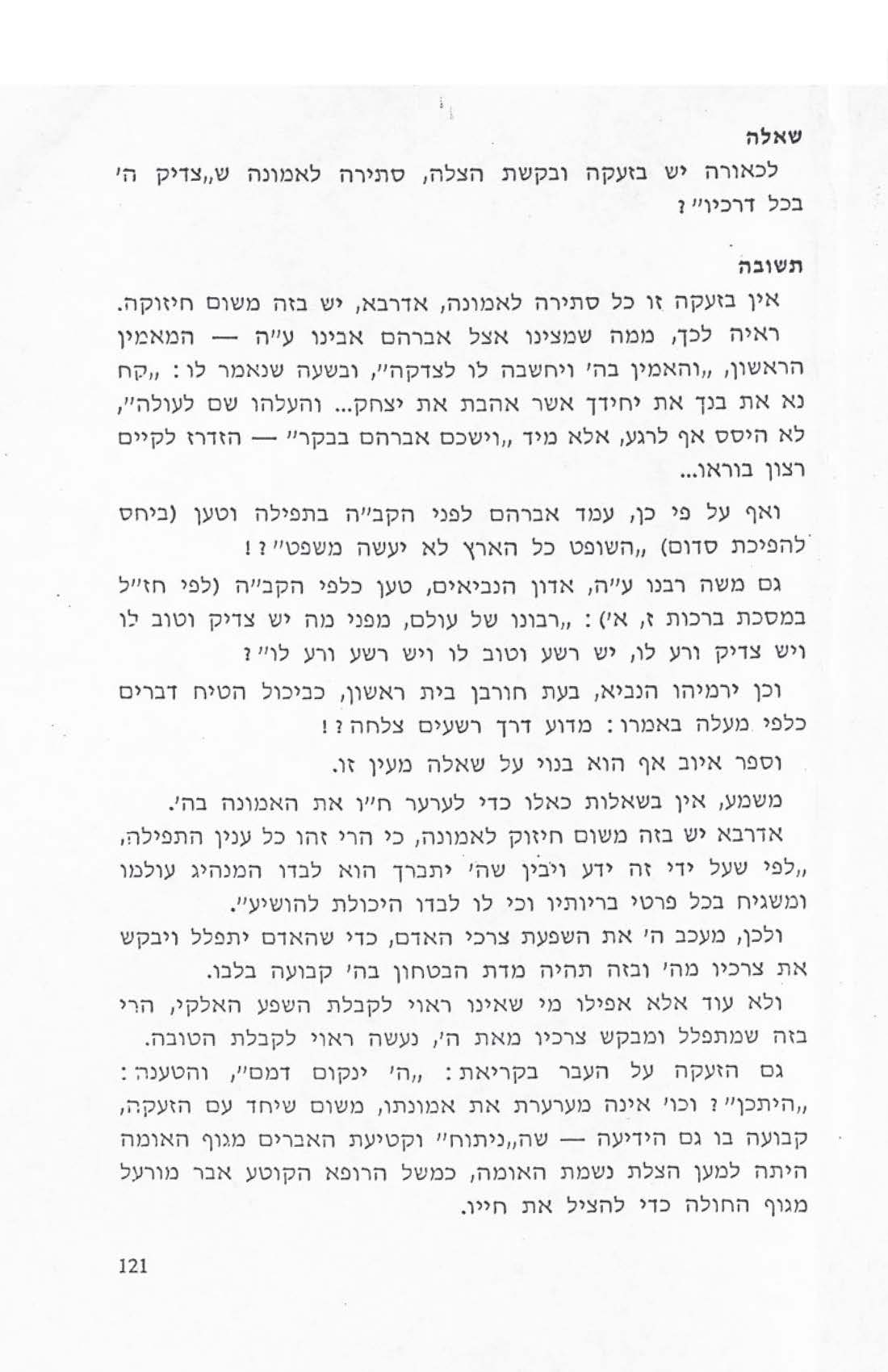 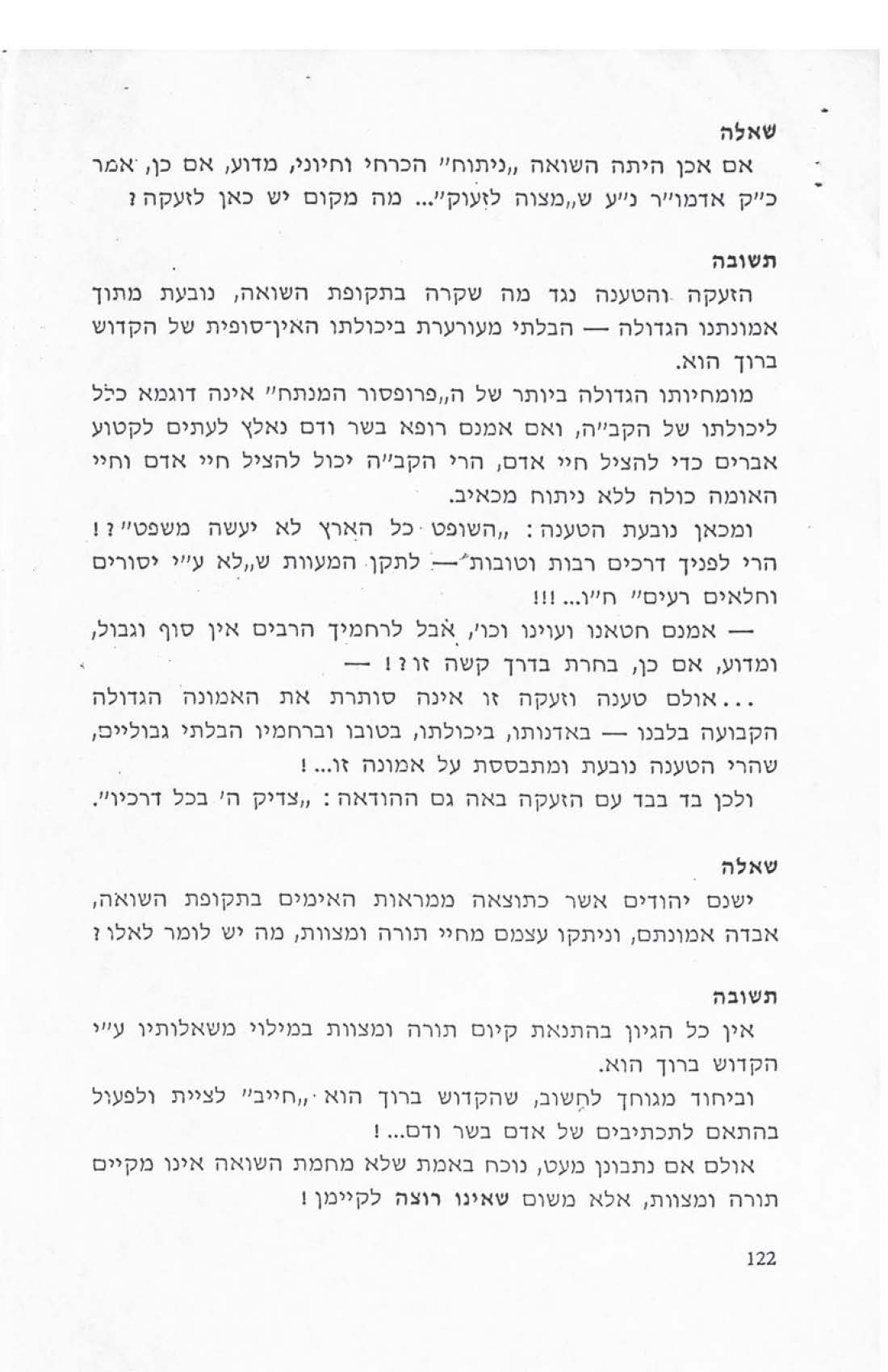 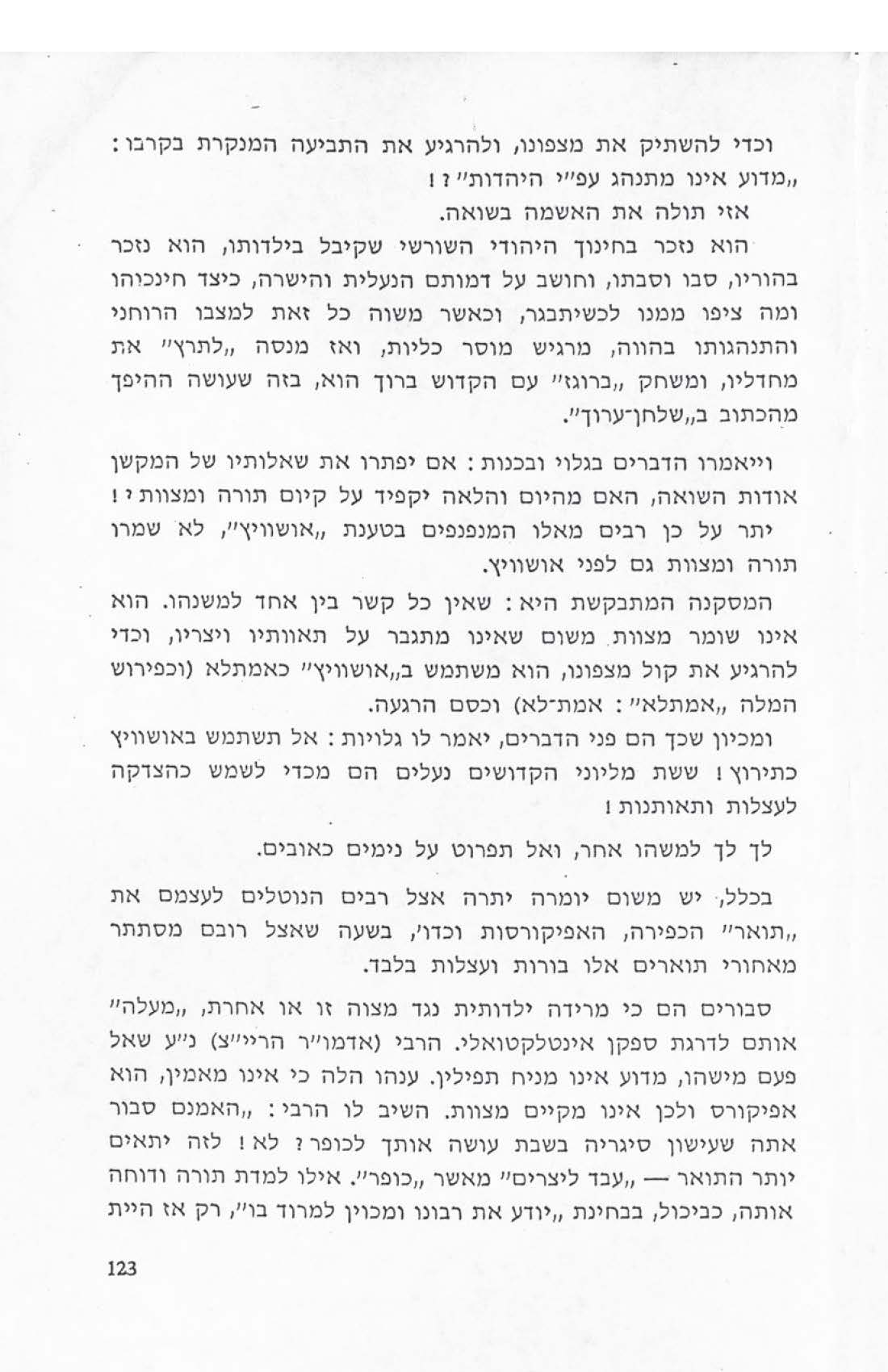 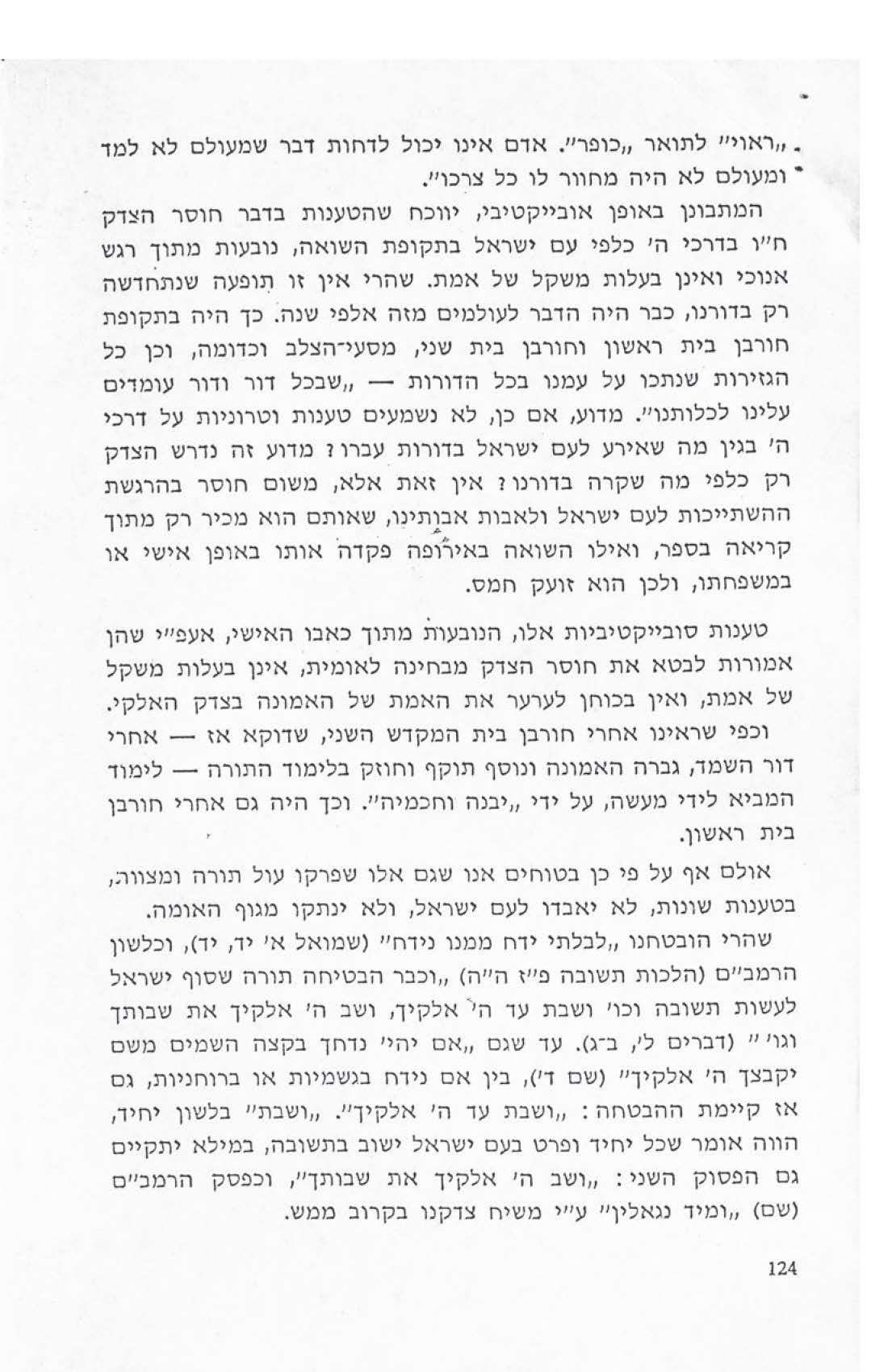 This is the letter from Igrot Kodesh, Volume 8 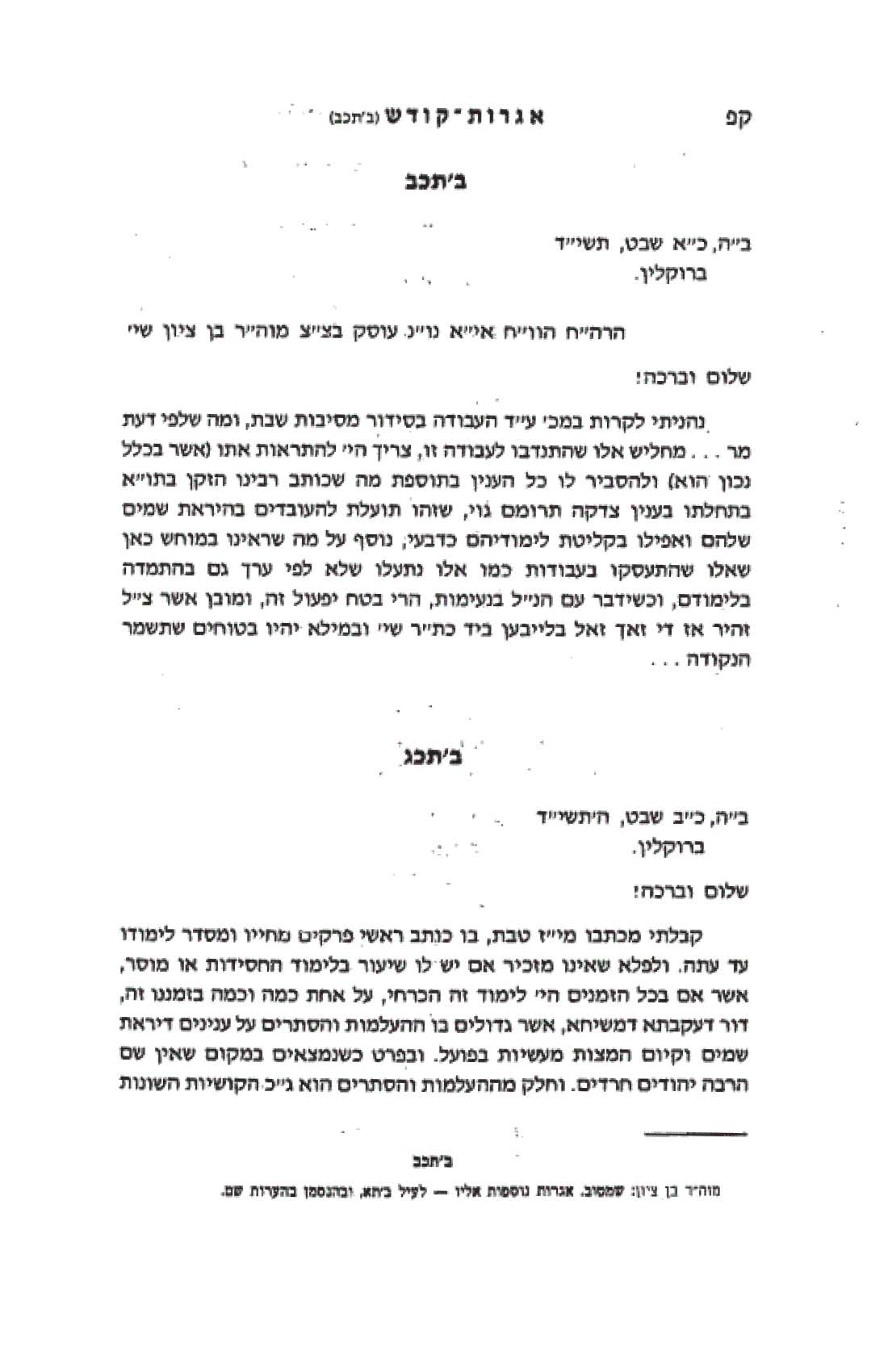 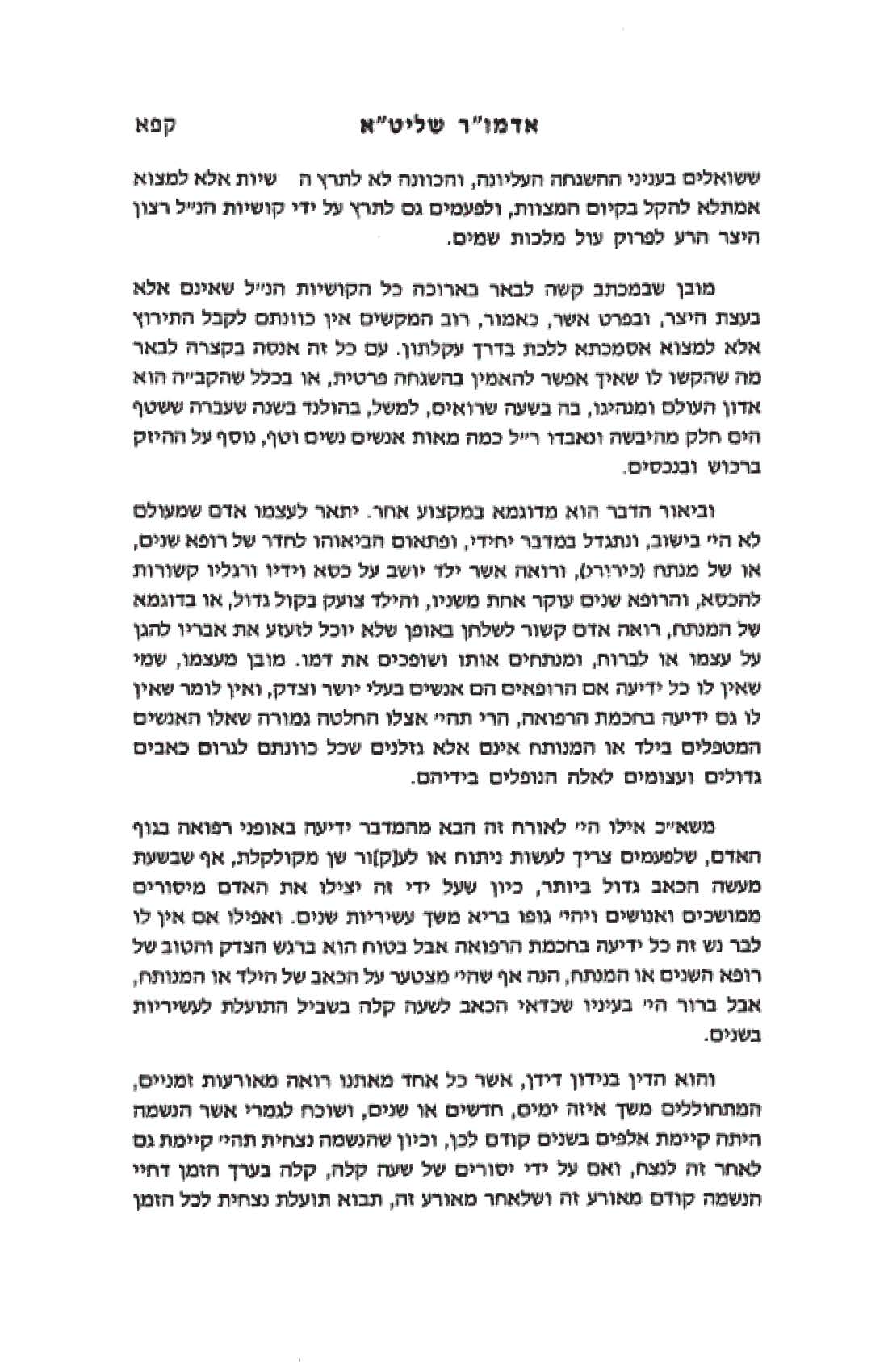 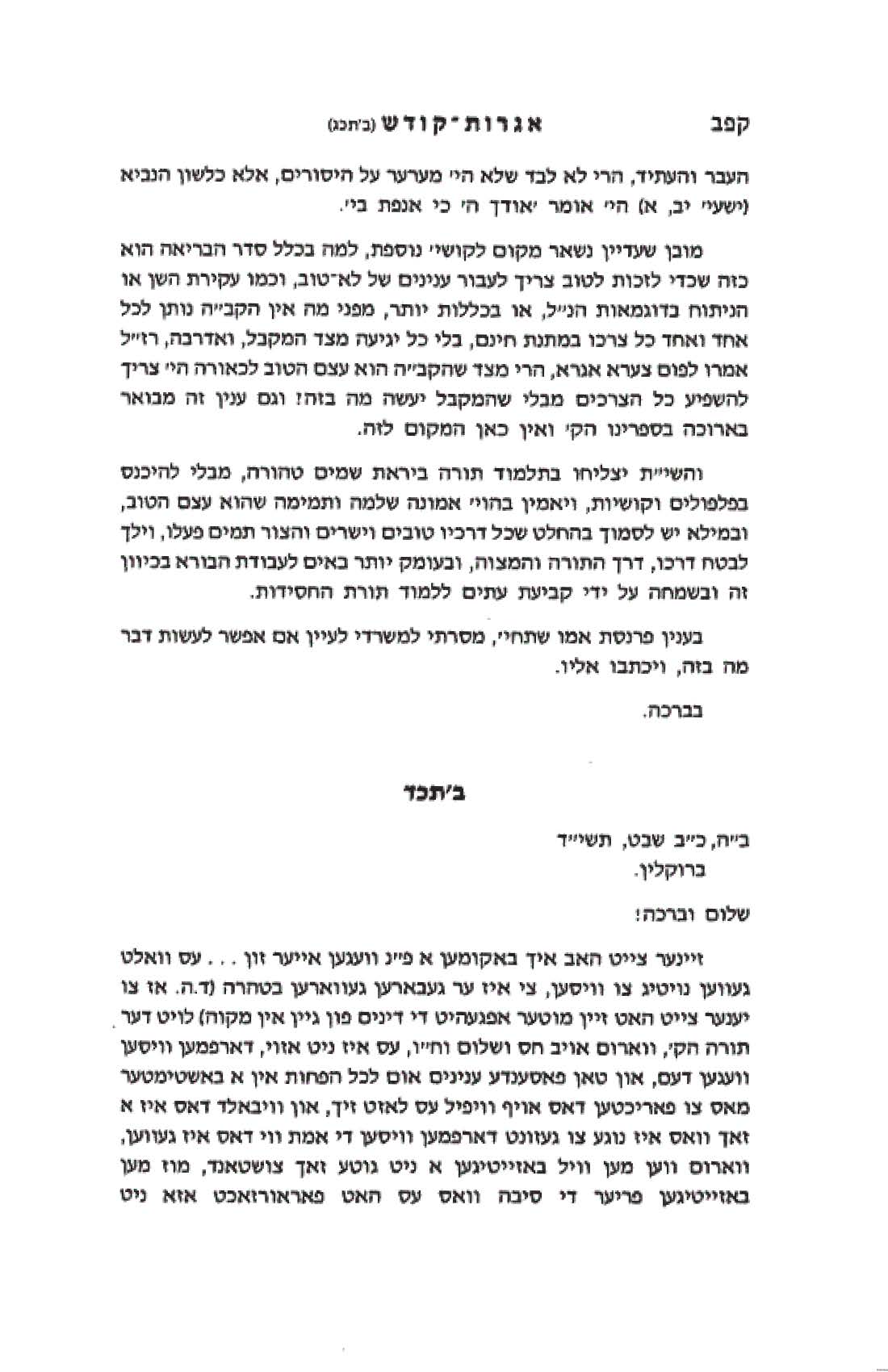 12
Was God actively involved in bringing out the Holocaust?
5
How does Judaism answer the problem of evil?