Can anyone help decipher the bottom two lines of this inscription?

I've recently been fortunate to find a photo of the gravestone of one of my ancestors, R' Nosson (ben Meir) Maas, Shochet of Frankfurt-am-Main (d. 1836). The inscription is quite laudatory:

and that's as far as I can understand. Can anyone help me with the last line and a half of it? 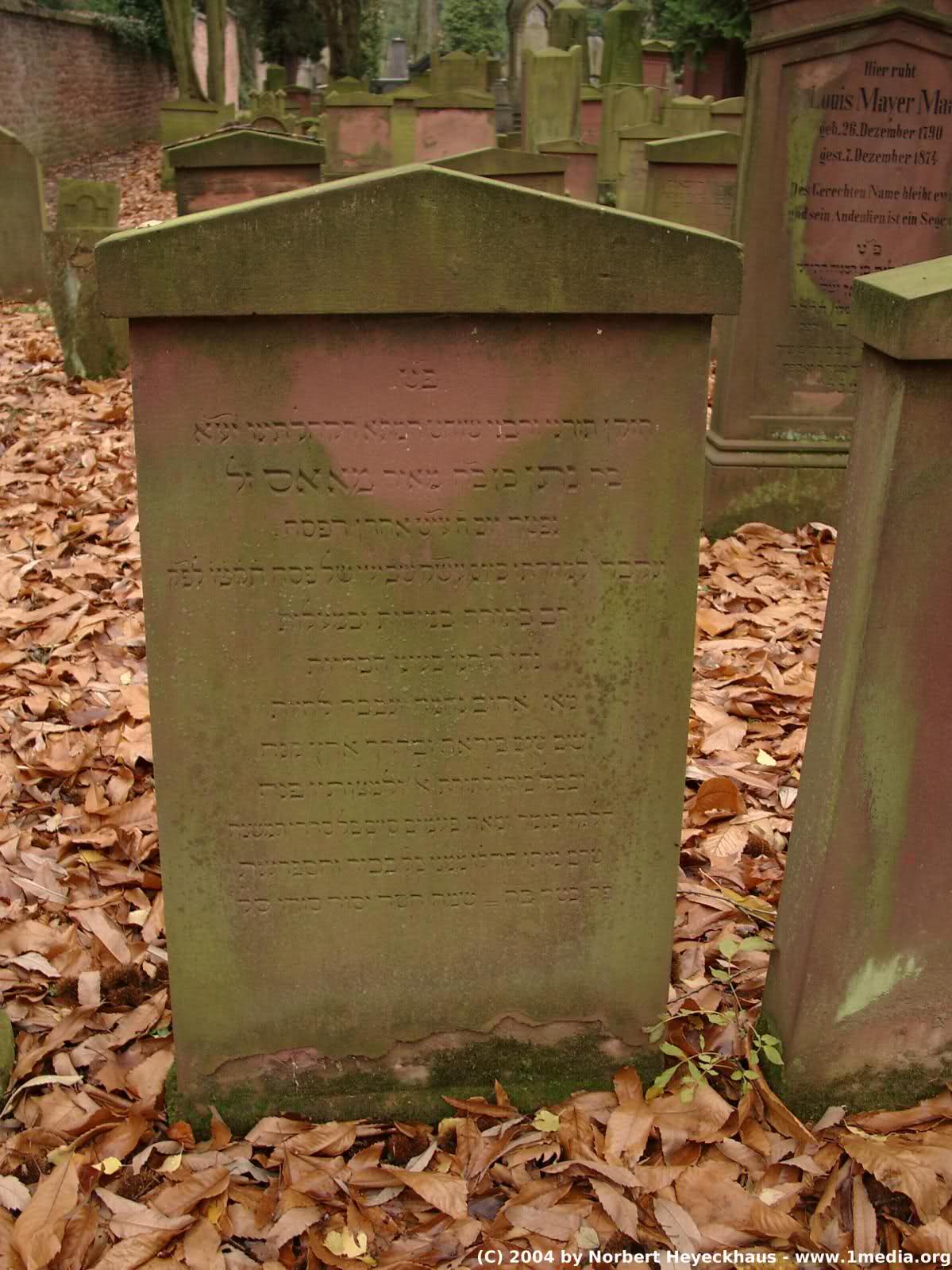 EDIT: Here are some more pictures of the tricky last word of the second-to-last line:

It is clear from this picture that the word is first-person "ממני":

Here are some pictures of the last line:

It seems now that the last last should read:

where "פה" and "שמה" may refer to עולם הזה and עולם הבא.

This is what I sent, although I don't think it is much better. I'm adding it here so that perhaps it will trigger something for one of you to improve upon.

That last word on the penultimate line is certainly strange. I thought it might possibly be two words run together, but that does not look possible. As I read it, it looks like the last three letters are ענת

I agree that the previous words look like כל בכור and not כל כבוד.

So that on the next line, פה פטר בה could mean "Here(in) was the first-born" perhaps a play on the word פטר as slightly different from the passive נפטר Was he a first-born? Alternatively, "From here he was sent away or freed -- "

Followed by the parallel, שמה חסד יסור סורו סל. "There, grace (chesed) will banish his suffering to the trash (waste)." (nice use of samechs for alliteration...Was he suffering from anything?) Possibly this was some alternate form instead of 'ת' נ' צ', ב', ה' I have never yet seen that though.

I'm not sure I have done any better than the other scholars, but I sent it for what it's worth!

For the 4th, 3rd and 2nd words from the end, perhaps חסר יסוד סודו, based on a phrase similar to that found in רמב"ן's commentary on B'reshis 2:7 - "יסודה וסודה" as a description of life, would mean "lost his life".

As he was Niftar right before they Lein Kol Bechor and as it was Yom Tov no Hespod was delivered. Or he lost out the Kovod of having a Hespod.

Not the answer you're looking for? Browse other questions tagged gravestone-inscription hebrew .