Did the late Lubavicher Rebbe consider himself a to be a prophet and/or the mashiach?

There are strong suggestions within Chabad literature that the Rebbe was considered to be a prophet (Devar Malchut, see below). Some suggest that the Rebbe himself didn't do enough to discourage his followers to stop thinking that he was moshiach. It could be that he simply didn't know if he was or not. He did however, make attempts to admonish the practice (Sichos Kodesh, Parshas Noach 5752):

Schneerson responded by writing "It has come to pass that because of his [Wolpo's] activities ... hundreds of Jews have stopped learning Chassidus, and now oppose the Baal Shem Tov and his teachings in actuality. It appeared to some that the Rebbe finally approved of the declaration of the Rebbe as Messiah at a public talk on the 6th of Iyar 1991 when young Rabbi Dovid Nachshon and others repeated Yechi also on the hebrew date of the 15th of Iyar the Rebbe for the first time encouraged the singing of "Yechi", the slogan about the Rebbe being the Messiah." In fact, however, several months later on the 4th Cheshvan 5752, at a farbrengen (Chassidic gathering) on Shabbat Parshat No'ach, the Rebbe publicly admonished those who were singing that song. He threatened to leave the farbrengen, and only stayed so that it would not dissipate.

After having been given some texts (see images below, from Davar Malchut, Mishpatim) of the 'messianic rhetoric' it appears that there are heavy references to the Rebbe (throughout his sichot) that gives the impression that he is not only a prophet but the 'chosen one of Hashem'. Other literary examples include: "the shofet, yoetz and navi of our generation", "we are obliged to listen to him [as a prophet]", "we are not allowed to doubt his prophecy", "they are not only the words of a navi, rather the words of the Lord through this prophet!", "all people in this generation must recognise, that we have merited that Hashem has chosen…", etc.

Although not mentioning it explicitly, the sicha strongly suggests that he is the chosen messiah. (Whether this is considered normative Judaism is not the scope of this question, related). These books were written in his lifetime and purportedly endorsed and checked by the Rebbe himself (source needed! I heard this from a Chabad chasid that I was discussing this with).

Does this mean that he agreed that he was a prophet and the messiah? Or were his followers over zealous in this claim? 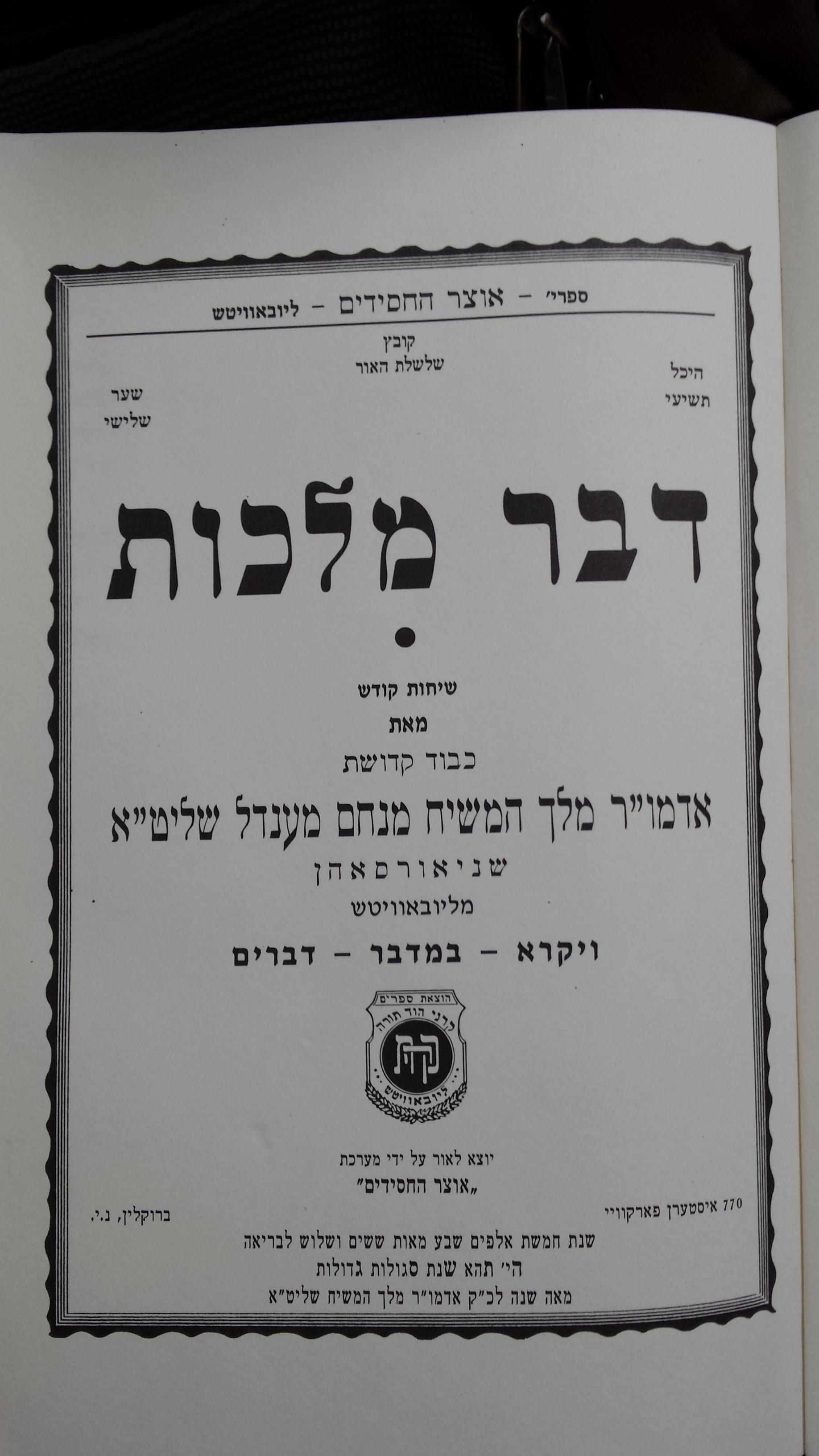 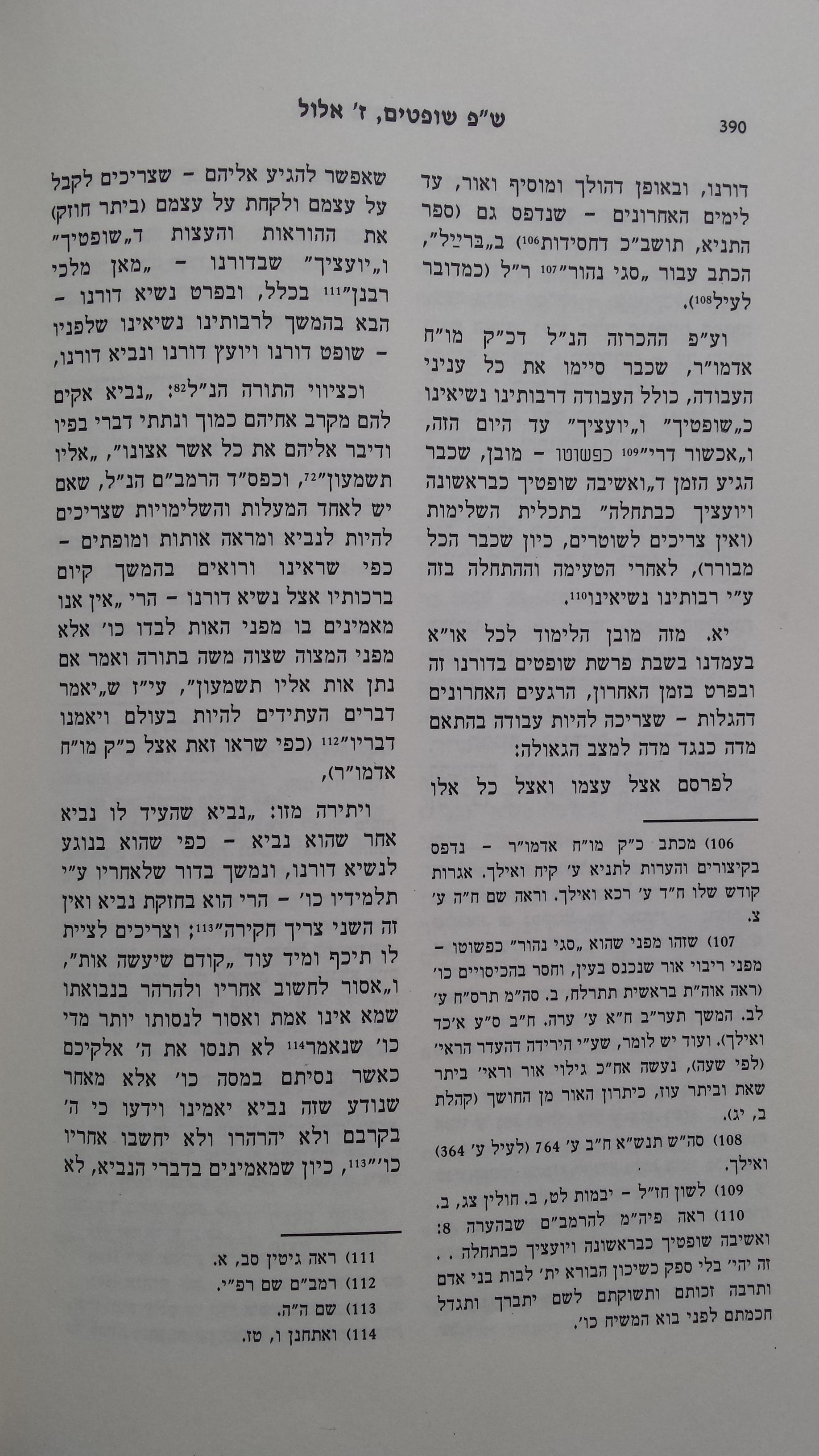 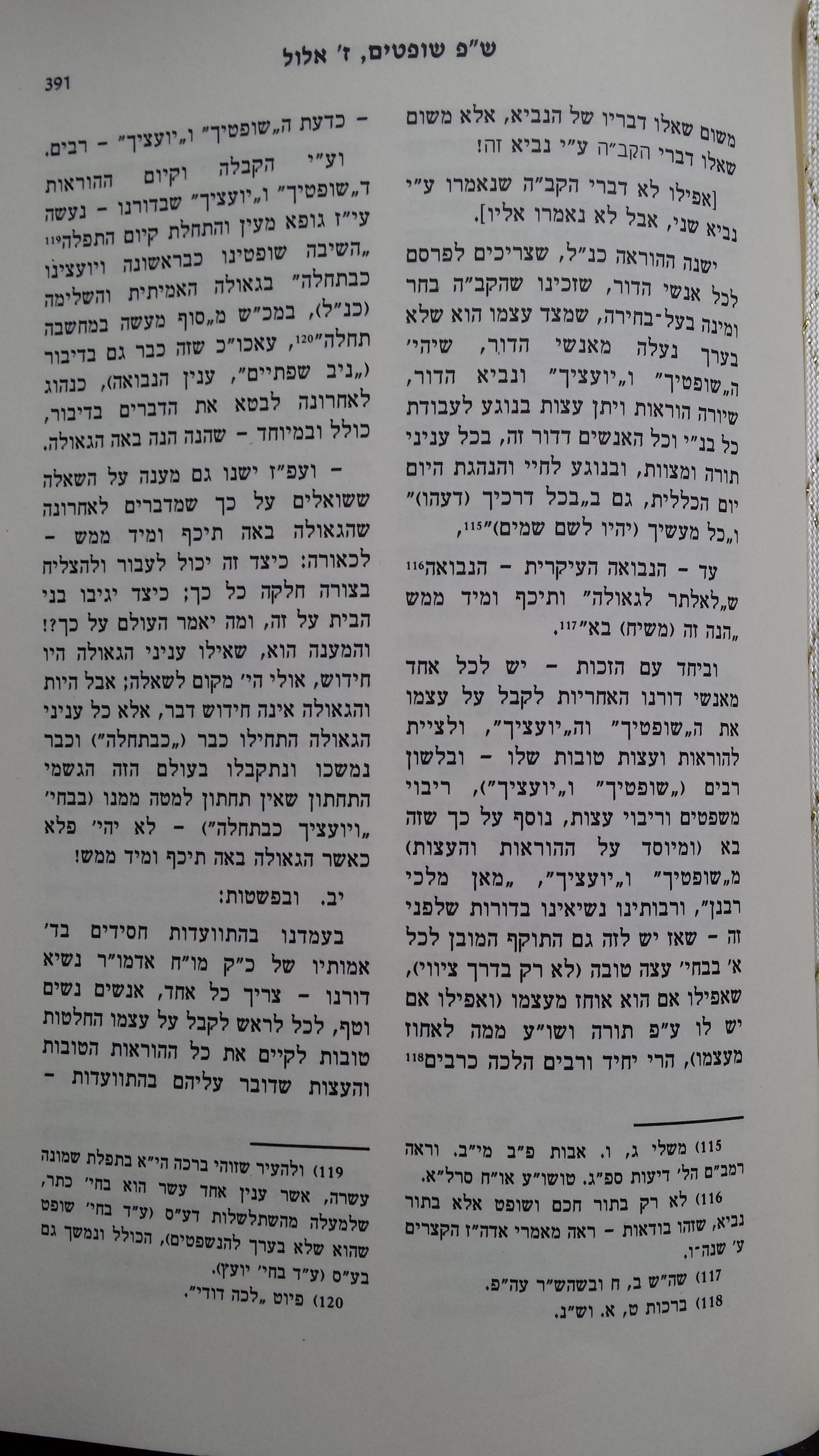 According to a number of biographers who have carefully sifted through his writings and researched into private conversations, R. Schneerson never explicitly stated that he was a prophet or the messiah. As Simon Dein has stressed, however, in Lubavitcher Messianism, the Lubavitcher Rebbe made many statements during his life, particularly reiterated by followers before the end of it, that were interpreted by a growing branch of Chabad as hinting of his messianic identity:

Among such statements were these: that his father-in-law, whose soul he was believed to have shared and who was consequently understood as a surrogate or code for the Rebbe himself, was the prince (nasi) of this generation and would redeem us; that the prince of the generation was the Messiah of the generation; that this was the generation of the Redemption; that the metaphysical process of separating the sparks of holiness from the domain of evil had been completed; that the Messiah had already been revealed, and all that remained was to greet him; that the messiah was coming right away; that 'the time of your redemption has arrived'; that the final Temple would descend from heaven to a spot in Crown Heights adjoining Lubavitch headquarters, and that only then would the two buildings be transferred to Jerusalem; and finally, that the messiah's name was Menachem. (Dein 55)

Nevertheless, when discussing the messianic fervor others had for him, the Lubavitcher Rebbe seems to have responded disparagingly and/or dismissively of the movement. Chaim Miller, in his biography Turning Judaism Outward, cites multiple letters and speeches from the Lubavitcher Rebbe denouncing Chabad adherents who claimed that he was the messiah. This includes, for example, the farbrengen incident cited in the question, in addition to his threatening to close the Kfar Chabad magazine for wanting to publish an article on the identity of the messiah; additionally, he gave a sermon lambasting meshichist "overzealous Chabadniks (shpitz Chabad)" for being antithetical to Chabad Chassidut (cf. Miller 404-407).

Relaxing, he fixed me with those eyes, and with a surprisingly sweet smile, said, "Now tell me, Reb Yehuda, you visit us so often yet you are not a Lubavitcher. Why?"

Still trying to absorb what he had said, I sat back, stunned at the directness of the question. It was true. This, probably, was my fifth or sixth meeting with the Rebbe. Over the years I had become a sort of unofficial liaison between the various prime ministers I served and the Lubavitch court.

Swallowing thickly, I muttered, "Maybe it is because I have met so many people who ascribe to the Rebbe powers which the Rebbe does not ascribe to himself."

Even as I said this I realized I had presumed too much, and I could hear my voice trailing away as I spoke.

The Rebbe's brows knitted, and his deep blue eyes grayed again, into something between solemnity and sadness, and he said, "Yesh k'nireh anashim hazekukim l'kobayim" [There are evidently people who are in need of crutches]. The way he said it conveyed infinite compassion. (Avner 445)

One of the answers above mentioned Rabbi David Berger; here is his well-known article: https://www.tabletmag.com/sections/news/articles/berger-rebbe-messiah. In it he presents a lot of the evidence discussed above, and also clarifies some of the evidence that was left out by people on various sides. He is a very un-sympathetic narrator - as he makes clear.

As a Lubavitcher, I just want to clarify some things about the sources you are quoting. The sicha you have in the picture is the Rebbe's own teachings. Likkutei Sichos, Sefer Hasichos 5747-5752 (5750, 5751, 5752) - are all considered purely the Rebbe's chassidus. The Rebbe approved of every word in those sfarim. (That is an undisputed fact.)

(There are other sforim that were written up by chassidim based on the Rebbe's farbrengens and sichos (talks), but were not looked over by the Rebbe himself. Some examples would be Sichos Kodesh, Hisvadios)

The sicha you have in the picture is what the Rebbe endorsed to be printed.

I need to link the sources.

Regarding those instances you mention- that is true. However, based on my understanding - it is clear that the Rebbe says that he is a prophet, and almost explicitly says that he is Moshiach, but what is argued is that it is not our task to go telling the world that the Rebbe is Moshiach. If you know it for yourself, or if someone figures it out themself - fine, but no mitzva to publicize it if that will turn yidden away from Yiddishkeit.

On 12th Adar 1, 5752 (1992) a representative from the women's group (Mrs. Chava Cohen) gave the Rebbe a tambourine. Plastered all over it was the phrase Yechi etc. As she handed it over she said "This is for the Rebbe, Shlita. With this tambourine the women danced yesterday with joy that breaks through all limitations. With a deep trust in the revelation of the Rebbe, Shlita, King Moshiach, immediately and actually to the complete Redemption." The Rebbe answered with a radiant smile, "This [tambourine] you are most probably leaving with me." The Rebbe handed her a second dollar (this event took place at dollar distribution)and referring to psalm 150, said, "This is for the 'Clanging Cymbals'. This is how it is referred to in Tehillim. It should be in a good time." The headline to the picture which shows this actually happened states "The Rebbe approves our acceptance of him as King Moshiach."

I believe mixed messages have been given out deliberately to confuse those who ask this question. It is documented that the Rebbe stated his father-in-law was Moshiach (and that they shared a soul) therefore he the 7th Rebbe was Moshiach - also he was the prophet of the generation and one is forbidden to ignore a prophet. Is it not a fact that prophecy will only return when we are in Eretz Yisroel?

Generally, the conflict in chabad is over publicity of the Rebbes Messianic title, not the truth of it(David Berger in fact records the names of many of the movements “anti” leaders who stated they believed the rebbe is moshiach even after gimmel Tammuz). I’ve rarely met a chosid who says the rebbe cannot be moshiach and never said anything of the kind in the first place. Those people, in my opinion, have resorted to twisting the Rebbes clear words in order to escape what they see as a difficult Rambam after Gimmel Tammuz. This, of course, is dishonest. In fact, much of the conversation around this topic is dishonest. People talk about the “clear” record of the Rebbes discouragement of the messianists. People cite different books(like telushkin) citing the same 6 or so negative stories over and over. Aside from the fact that some of these were recorded inaccurately, they make this out as though this was always the Rebbes reaction, ignoring countless letters and videos publicized to the public which show a very positive/permitting reaction. The record is so clear it’s a wonder people attempt to deny it. It seems to me, if ur theory doesn’t account for all the evidence then ur theory is likely wrong, and the evidence suggests negative and positive reactions. 3 such examples which can be found online are 1. that Rabbi Groner, one of the Rebbes secretaries, testified in court that the rebbe approved that the title “melech hamoshiach” can be printed about him in kehos publications. 2. That Yitzchok Springer received permission to print the Rebbes identity as melech hamoshiach in the New York Times 3. The Rebbe agreed to appear on the Super Bowl while Chassidim chanted Yechi to him

Interestingly, there is a video of Sholom Jacobson in 770 where he tells how a person told him that many years ago he was bothered by the talk that the Rebbe was moshiach so he decided to ask the rebbe himself by dollars. He asked “is it true what they say that you are moshiach?” To which the rebbe responded “in 1950 I didn’t want to be rebbe”.

The sichos are clear for anyone not looking to do mental gymnastics.

Not the answer you're looking for? Browse other questions tagged messiah chabad navi-prophets chassidic-rebbe messianism .

10
Will the king messiah be a prophet?
9
Relations with messianists
6
Did Shlomo Molcho actually declare himself a messiah?
5
Teachings of Chabad (Lubavitch) - controversial or not?