Sorry for the groan-worthy play on words (ok, no I'm not), but what is the Halachic, usability status of this product: 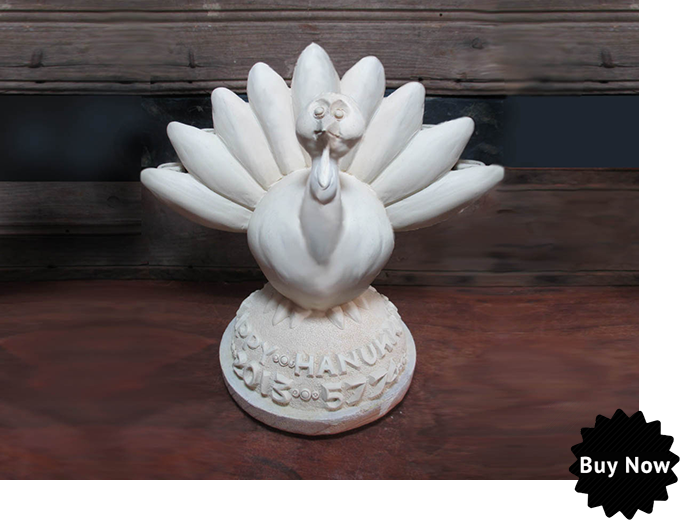 Another question asks about ritualistic problems or concerns with deliberately mixing the holidays of Hanukah and Thanksgiving in a year when they coincide on the calendar.

That's one concern. Another concern might be the design of the thing. That is, most people typically understand that the lights need to be fairly level while burning. A mitigating factor could be that you use candles of different heights or use some sort of base to raise the bottoms of the candles set on the lower pedestals. But an interesting point raised here is that

The eight candles of the menorah must be arranged in a straight line, not set in a semicircle. Similarly, the menorah’s lights should be level or on an even slant, not some randomly higher than others. (Emphasis mine)

So that should solve that issue. I've also seen many examples of sculpted Hanukiyoth that could pose a problem of making a Berachah in front of an image/statue, so if I were afraid of that, I'm sure I assume someone would have raised that issue by now and these wouldn't be on the market.

Are these issues (probably) ok, and could there be any other (seemingly) problematic issues with this (whether or not they actually turn out to be fine)?