Filling a Mikvah from the Faucet

Are there opinions that argue on Rabbi Miller? Who are they, and what is the basis of their disagreement?

I ask because I've got the impression that all modern mikvah's are filled exclusively with rainwater, and that filling from zero with the faucet isn't done. I'm interested specifically in a mikvah used for nidah.

You can fill a Mikva straight from a faucet, but the Mikva must be configured in a certain way, and rainwater is still required. (This applies to all Mikvaot, not just for Keilim (dishes).)

According to the Sifra on Vayikra 11:36 and Zevachim 25b, if you have two pools, one filled with kosher water (eg, rainwater), and another filled with pasul water (eg. tap water), if they are connected by a pipe such that the waters connect, the pasul water becomes kosher. This is known as השקה. (See illustration 1 below.) It is preferable that the pipe be made from a material that cannot become tameh.

There is a related concept called זריעה, which states that if you have two connected pools (as above), one empty, and one filled with kosher water, you can fill the empty pool by adding pasul water to the kosher pool, causing it to overflow. (See illustration 2.)

Due to various concerns (mostly about dilution), we add several chumrot to the process, and the final result looks like illustration 3.

This type of setup makes cleaning the mikva and refilling the water much easier, as you only have to wait for the rain to fill the kosher pool once, and not every time you clean it.

Source: Based on a shiur given by R' Doniel Schreiber, Yeshivat Har Etzion.

Disclaimer: This is the simplified version. Mikvaot are complicated. For practical applications, ask your rabbi.

Regarding R' Miller: According to the links in the question, R' Miller asserts that

Common house water, hot or cold, supplied by an ordinary water system for public use - water which as a rule originates from a spring, river, well, or rain, snow or/and ice sheds, is stored away in reservoirs, and then distributed through flumes, mains, side branch mains, and pipes, by means of gravity, power, or pressure, led into the home by means of pipes attached to the ground or building - is proper to be used for Mikvah, provided, however, that the water comes to the Mikvah in the same direct course, or through a rubber hose from the faucet to the Mikvah without any assistance of man while in the course of conveyance.

According to this article, many rabbis in the early 20th century agreed with this approach, including Rabbi Yehiel Michel Epstein (1829-1908), author of Arukh Hashulhan.

In America, the practice of using municipal city water to fill a mikveh evidently became very pervasive. Thus, for example, in 1957, Rabbi Isaac Esrig (Etrog) wrote that the majority of mikva’ot in the US were filled in this manner

Even so, this opinion was not unanimous, and over time, the opinion that tap water was not acceptable slowly gained popularity. The main opponent of this position was Rabbi Deutsch, commonly known as the Helmetzer Rebbe, who filled two books (here and here) with arguments against this practice. Others who opposed using tap water included the Satmar Rebbe - R’ Yoel Teitlebaum, Rabbi Eliezer Silver, president of the Agudat Harabonim, Rabbi Eliyahu Meir Bloch, rosh yeshiva of Telshe Yeshiva in Cleveland, as well as a half dozen others. Nowadays, it is generally held that one cannot simply fill a mikva from the tap.

(Additional information can be found @ http://www.jewishpress.com/sections/community/my-machberes/my-machberes-16/2012/05/09/0/?print ) 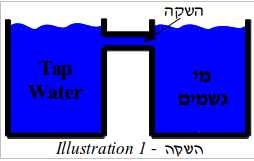 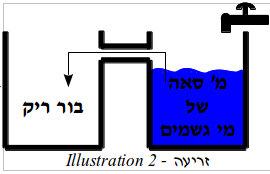 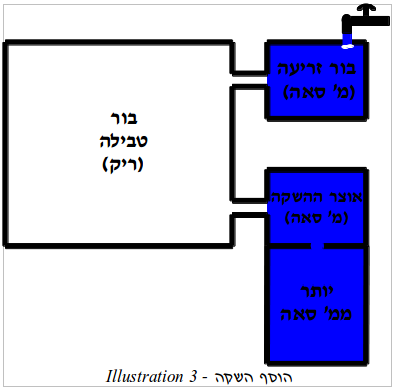 Not the answer you're looking for? Browse other questions tagged halacha mikvah-ritual-bath architecture-design .

6
Keilim Mikva design
7
Can you fulfill Netilat Yadayim by dipping your hands in a sink?
4
Could pipes from a boiler to a sink ever be considered a kli sheini?
2
Mikvah with three additional chambers

13
Mikvah erev Yom kippur
9
Mikvah in Shower
8
Why are Mikvas built low to the ground?
2
Mikvah with three additional chambers
2
Does porcelain require immersion in the mikvah?
2
Embarrassed to go to mikvah
0
The status of an unused mikvah
2
Postponed mikvah and counting
2
Using a puddle as a mikvah