Where does the Kaf HaHayyim first cite the Aruch HaShulchan and the Mishnah Berurah?

I haven't learned the Kaf HaHayyim from cover to cover yet, but maybe someone who has can answer this: where in Kaf HaHayyim does he first cite each of these works?

The Kaf HaHayyim cites ער’’ה often, but I think always refers to the Erech HaShulchan (ערך השלחן), by the Tunisian posek R’ Yitzhak Taieb, as that's the only work given for that acronym in the luach rahsei teviot. The work by Rabbi Yechiel Michel Epstein (ערוך השלחן) that I'm asking about in this question appears to always be cited by full name.

I did an analysis inspired by MDJava's. I used the JSON format text to compute the frequency with which the Mishnah Berurah and Aruch HaShulchan are cited by simain in the Kaf HaHaayyim.

I identified the Mishnah Berurah by searching for the text מ"ב או. This sefer is cited by acronym, but the Misat Binyamin is also cited using the מ"ב acronym, so I disambiguated by taking advantage of the different ways of referrring to parts of each text.

I identified the Aruch HaShulchan by the text ערוך השלחן, because this sefer is never cited by acronym. (ער"ה, which is cited a lot, always refers to Erech HaShulchan by R' Yitzchak Taieb, a Tunisian posek.) 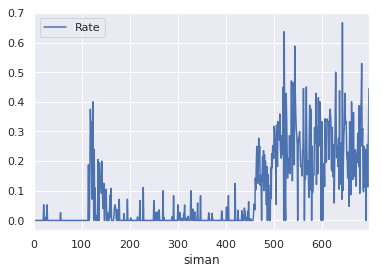 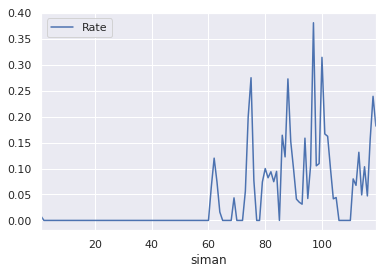 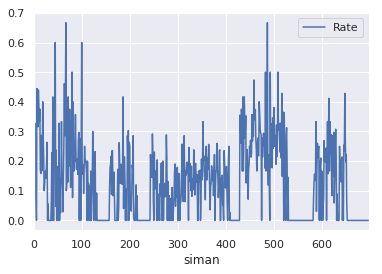 Mishnah Berurah cited a max of 328 times (325 "מ"ב אות" and 3 "משנה ברורה"), starting around 15:1. Haven't checked how many are referring to others Aruch HaShulchan cited 0 time in Orach Chaim and 383 times in Yoreh Deah. (ערוך הש(ו)לחן)

1
When was the Shulchan Aruch HaArizal first published?
12
Which came first the Mishnah Torah or the Pirush HaMishnayos
7
Why is the Aruch Hashulchan on Even Haezer incomplete?
13
Can one follow the Mishnah Berurah without asking a shaila?
3
What sefer has rashei teivot הל''פ?
4
Satmar and Mishnah Berurah
8
Where does the Tiferes Yisroel discuss Edward Jenner and smallpox?
3
Was the Aruch Hashulchan Sephardic?
2
Which Raban Gamliel was in the first mishnah of masechet berakhot?