Which shita are those wearing extra long tallit katan following?

Some rabbonim are wearing really long and large talith katan. For example Rav Shmuel Auerbach shlita (picture below).
Rav Elyashiv ztl used to wear a very long one too.

Which shita are they following?
This is quite a bit longer than Chazon Ish shiur; I wonder if perhaps it has something to do with the Gra, as I read that he requires the talith katan to go down to the knees. (See note 10 here.) 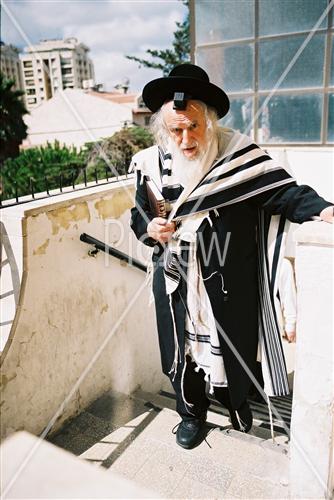 The answer is like you said that it is the opinion of the Gr"a. It is quoted from Rabbi Chaim of Volozhin that the Gr"a held any smaller sized Talis Katan to be Hotzaah on Shabbos. Reb Menashe Klein (Mishneh Halakhot) and Rav Moshe Sternbuch in Halichos Hagr"a pg. 38 explain that the opinion is based on the fact that the Torah only required a garment that is of size one will use it to go into a marketplace. Therefore they explain that in the time of the Gr"a they only wore long garments, so only with a long garment one fulfils tzitzis. However, in our time that it is the norm to where short jackets even the Gr"a will hold you fulfil the mitzvah. Also Rabbi Sternbuch brings that Rav Moshe Feinstein held that it is impossible for the Gr"a to have said such a thing and he held it was the mistake of a scribe and one does not need to be concerned for this opinion.

Obviously the above is an answer to our minhag, however it would appear that the Rabbonim who where these tzitzis do so only as a Chumra.

Not the answer you're looking for? Browse other questions tagged shiurim-measurements tallit-katan .

4
Source for the Chazon Ish saying that long jackets are preferable?
3
Tallis Katan that is closed vs. tallis katan that is open

8
When Did We Start Wearing Tallit Katan/Arba Kanfot?
3
Wearing the tallit katan over the shirt in Chabad
2
Exemption from wearing tallit katan other than in extreme heat?
1
What is said about wearing a Tallit Katan night?