Can a shul be said to have a second Bimah?

Here is a picture from a shul that has a raised platform by the Ark. They also have the Bimah where the chazzan davens from, in the centre of the shul.

Is that raised platform near the ark, also called a bimah?

If so, I suppose it could be called the aron hakodesh bimah, but then what'd the "other" bimah be called.

I suppose the bimah that the chazzan is at, and where leining is done, is the proper bimah. The main bimah. Does it have a better name, or is it that that is The Bimah, and the raised platform near the ark, is just a raised platform and not really called a bimah? 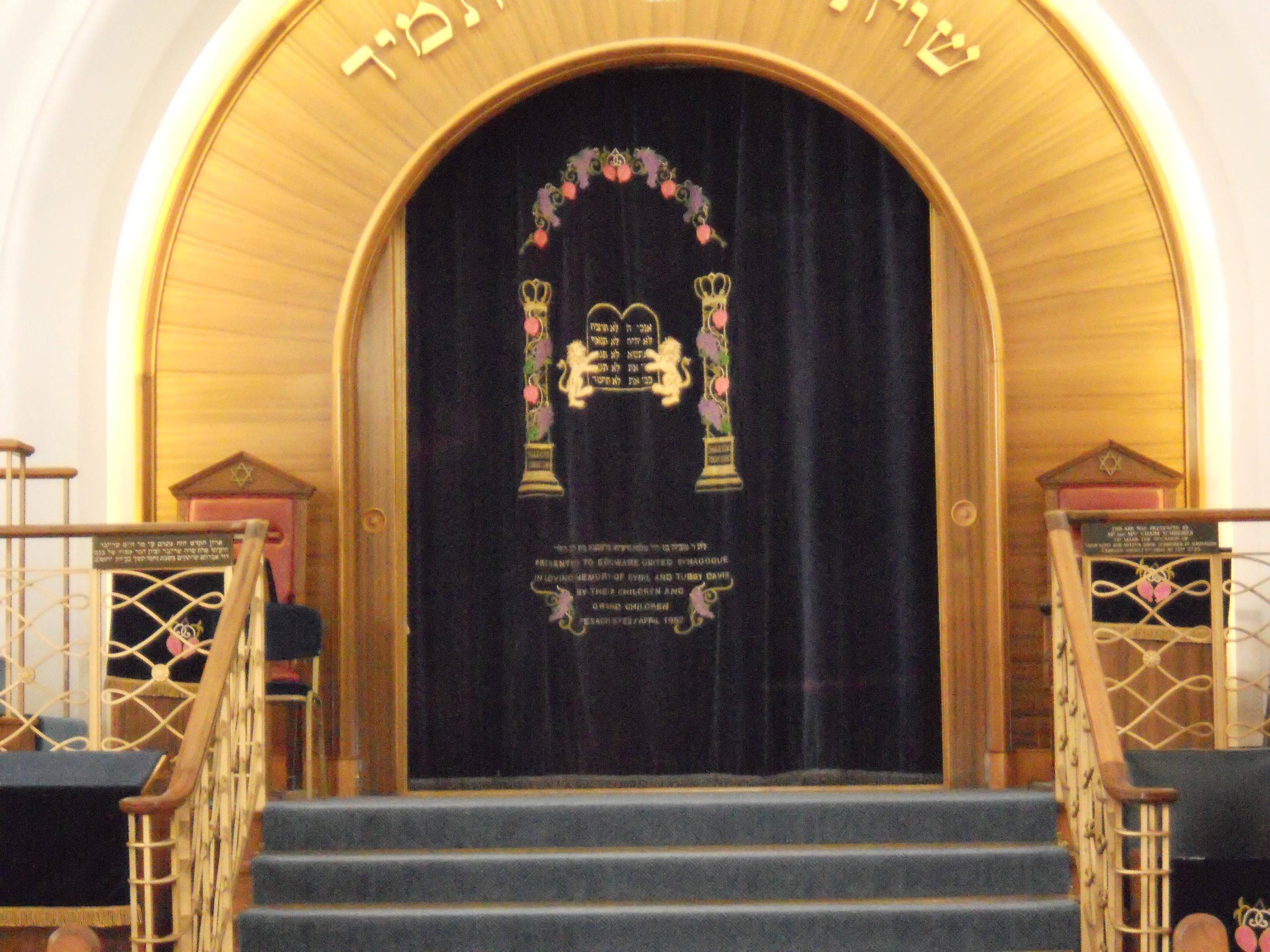 The raised area in front of the aron is called the duchan (Heb. דוכן, dais or platform).

By extension, since kohanim “go up to the duchan” to bless the congregation, this is colloquially also called “to duchan”. (See, e.g., the introductory paragraph of http://en.wikipedia.org/wiki/Priestly_Blessing.)

But because the word is almost exclusively used in the context of birchas kohanim, you are likely to be misunderstood when referring to the duchan in the picture. Such is language.

See also Rabbi Akiva Males’s What Does the Duchan Have to do with Birkas Kohanim?.

Not the answer you're looking for? Browse other questions tagged synagogue .

7
Can you turn your back to the Aron HaKodesh?
5
Can one declare an area to be “not a shul” if it is in the same room as a shul?
0
What is considered the “correct speed” for a Shabbat morning service?
1
Is a shaliach tzibbur allowed to daven from the bimah instead of the amud?
5
Can a Bimah be placed on the sides, front, or back of a shul?
1
According to R' Moshe regarding the location of the Bimah in a shul, what is defined as the “center” of the congregation?
6
How can I eliminate or reduce the musty “sheepy” Torah odor?