Shaking hands with the opposite gender?

What's the story: Can a man shake hands with a woman (or vice versa) in a business setting?

halacha tznius-modesty negia
Share
Improve this question
edited May 15 '12 at 2:25

There's a prohibition against touching any member of the opposite gender other than your spouse or close relatives. Many opinions say that's only "affectionate" touching, "such as hugging and kissing." Others say no, it includes all touching. (Rabbi Yehuda Herzl Henkin, in Hakira Journal, discusses these opinions and their sources; he strongly believes that the former is the majority opinion.) So we have three questions:

A.) Is the prohibition all touching, or only "affectionate" touching?
B.) What is the Halachic definition of "affectionate"? (See above article for more on this)
C.) How to interpret a business handshake?

Depending on how you answer A, B, and C, the modern-day opinions will literally range from "it's absolutely fine, even in a social setting" (as had been the practice among Orthodox Jews of German ancestry not that long ago) to "not even if your life is at stake!" (R' Chaim Kanievsky). There's also the distinction between you offering your hand first, and responding to someone else's outstretched hand. (If the other person isn't looking for a handshake, do you need to go there?) R' Moshe Feinstein noted that many people do it, though he wasn't crazy about the idea.* It's said that the Bostoner Rebbe would shake a woman's hand if she offered it; Rabbi Dovid Cohen of Brooklyn quotes his mentor, Rabbi Yitzchak Hutner, that a handshake isn't about affection, it's about basic human respect ("derech eretz, not derech chiba"). On the other hand (pun intended), many Orthodox Jews have long worked with the assumption that it's prohibited (which also avoids slippery-slope problems), so be prepared to meet people with that practice.

For those who don't shake hands, it often helps to explain that the practice is 100% gender-symmetric and is not about Judaism disparaging women. Another way to say it is "I'm sorry but as a religious policy, I don't touch any woman/man other than my spouse." (This may get the response "gee I wish my spouse had the same policy ...")

The main Charedi Rabbis forbade it, though others more MO Rabbis permitted it where necessary. From http://doseofhalacha.blogspot.co.uk/search/label/Shomer%20Negiah

The question of whether it is okay for a non related man and woman to shake hands largely depends on whether this contact is classified as a דרך תאוה וחיבה, a ‘way that is based on attraction’.

Lenient authorities have quoted the Shach (R' Shabbatai HaKohen 1621-1662, YD 195:20), who, quoting the Rambam, writes that it is (only) forbidden for a man and woman to touch in any manner that causes attraction (chibah). Where touching yields no pleasure, it would be permissible (YD 157:10). Thus, R’ Moshe Feinstein paskens (EH 2:14) that one can sit on a tram next to a woman even if they are accidentally touching. R’ Chaim Berlin (Netziv’s son, 1832-1912, Nishmas Chaim, EH) writes that today, shaking hands is a regular way of greeting people. One has to bear in mind what reputation such a refusal will leave Religious Jews with. Rather shake hands than give others the impression that we’re crazy and are lacking Derech Eretz. R' Chaim Pinchos Scheinberg also allowed it in extenuating circumstances. (Halichos Yisroel, p282)

R’ Moshe Feinstein maintains, however (EH 1:56), that it is difficult to claim that shaking hands is not considered an expression of affection. In another responsum (OC 1:113) he wrote that doing so is forbidden. Likewise, the Steipler (R’ Yaakov Yisroel Kanievski 1899–1985, Kreina Deigresa 162) defines hand shaking as touching with chibah, and therefore a most severe prohibition.

Even the lenient authorities only allow shaking hands in extenuating circumstances. As leading Poskim have forbidden it, one must try their utmost to avoid it.

I've been turned away from an interview for not shaking hands. Subsequent to that incident, I called a posek who permitted it, but only for the interview. If I were to be subsequently hired, I need to explain that I don't shake hands with members of the opposite sex for religious reasons.

My personal experience may be due to inadequate communication. If you're good with words and your hand-withholding comes across as easy-going and friendly (as opposed to holier-than-thou or zealotry) you may never have an issue.

Even when the hand is coverd with clothing 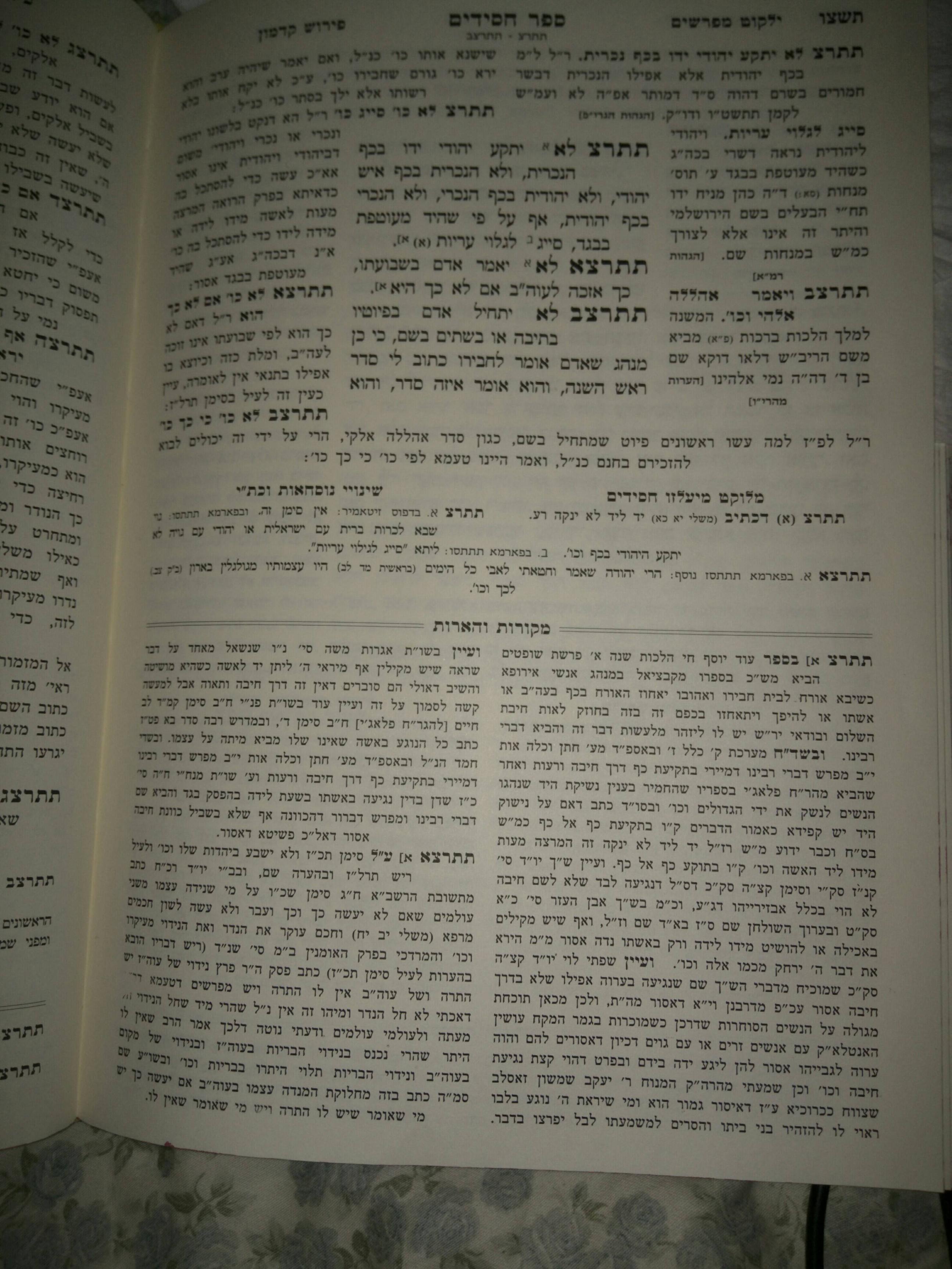 The commentary on bottom brings more sources on the subject

Not the answer you're looking for? Browse other questions tagged halacha tznius-modesty negia .

0
Shaking a woman's hand
1
Is shaking hands with opposite sex permitted at a business meeting?
39
How to tactfully circumvent opposite-gender handshake
13
Blind and Marriage
15
What are the halachic boundaries between a brother and sister?
10
Is mixed gender volleyball permissible?
7
Is there any reason a Jewish woman should not shake hands with a non-Jewish man?
2
Is negiah okay if the relationship would be forbidden?

39
How to tactfully circumvent opposite-gender handshake
12
Is it permissible to name one's child with a name from the opposite gender?
7
Is it permissible for a Jewish woman to marry a Muslim man and vice versa?
9
Do the laws of Negiah depend on sexual orientation?
13
Why can men wear pants if pants are immodest?
10
What customs does a divorced/widowed woman follow? (Ashkenazi/Sfardi -- hers or her ex-husband's?)
5
Is a person with one gender allowed to be a guide / interpreter for a deaf / blind person of opposite gender?