When did Matza become dry?

It's pretty commonly accepted that Matza used to be soft (sort of like a tortilla) and was used by Hillel to make a wrap (not a sandwich).

When did this change in various geographic locations which now use Matza that is dry and cracker-like? I'm looking for explicit statements by Rishonim, Achronim or other reputable historical sources regarding the consistency of their communities' Matza, not theoretical discussions about hard or soft Matza in general.

(I am not interested here in debating if one can use soft or hard Matzas today, various Hashgachas on soft Matzas, the practices of communities who today still use soft Maẓẓa traditionally, or any other Jewish Law type issue.)

If you go to Yemen, or to Yemenite Jewish neighborhoods in Israel, you can still find soft matzah. This is probably similar to what the Jews of the Exodus carried with them as they left, as Exodus 12:34 teaches us that the Jews took their matzahs bound up in their clothes and carried them on their shoulders. Today's cracker-like matzahs would break under those conditions, but not Yemenite matzahs.

What makes matzahs cracker like is the perferations rolled into the dough. This allows air to escape during baking. The earliest opinion I know of concerning this type of cracker-like matzah came from the Rema (Rabbi Moshe Isserles ca 16th century) who held that matzah should be rekikin (defined by some as wafer-like or "thin"). (Rema, Shulchan Aruch 460:4) I understand that a commentator to the Rema, the Baer HeiTeiv (1730 - 1770) noted that soft matzos were available still in his era. It appears from my reading, that the cracker-like matzas were more of a result of mass production and the need to keep thme on the shelf longer. Soft matzas do not have a long shelf life.

Although it appears that many Ashkenazic Jews came to assume that perferating matzah dough was a requirement for it to be considered kosher for Passover, Rav Hershel Schachter, שליט"א, holds that this is not a requirement, and that Ashkenazic Jews can eat Sephardic soft matzah, citing as authority the Mishna B'rurah who speaks of "Matza made as soft as a sponge" which can be used for the Mitzvah of eating Matza.

If requested by the OP I will go and find the sources to back up my words.

There are a few issues at work here. The first is that in Europe matzah became less soft because of the way Europeans make bread in general. If you notice, Europeans don't make flat breads at all. The reason for this is because European ovens are very different than Middle Eastern ovens.

In European ovens, a large box is filled with hot air and it is the hot air itself that cooks the bread. This hot air dries out the outer layers of bread. So Europeans bake very large/thick breads so that way even if the outside is dry, you still have plenty of soft center. But thin flatbreads will just become dried out and very unpleasant to eat in such an oven. Unfortunately European Jews became so accustomed to their ovens that when reading halakhic texts they erroneously think the word תַּנּוּר (tanoor) refers to their type of ovens.

The reality is that תַּנּוּר is related to all Middle Eastern type ovens, and in fact the Indian Tandoor oven clearly shares the same name. These ovens cook very thin breads primarily using hot surfaces. So when the Bible, or the Shulchan Arukh of Yosef Karo speak of ovens/תַּנּוּר they mean this: 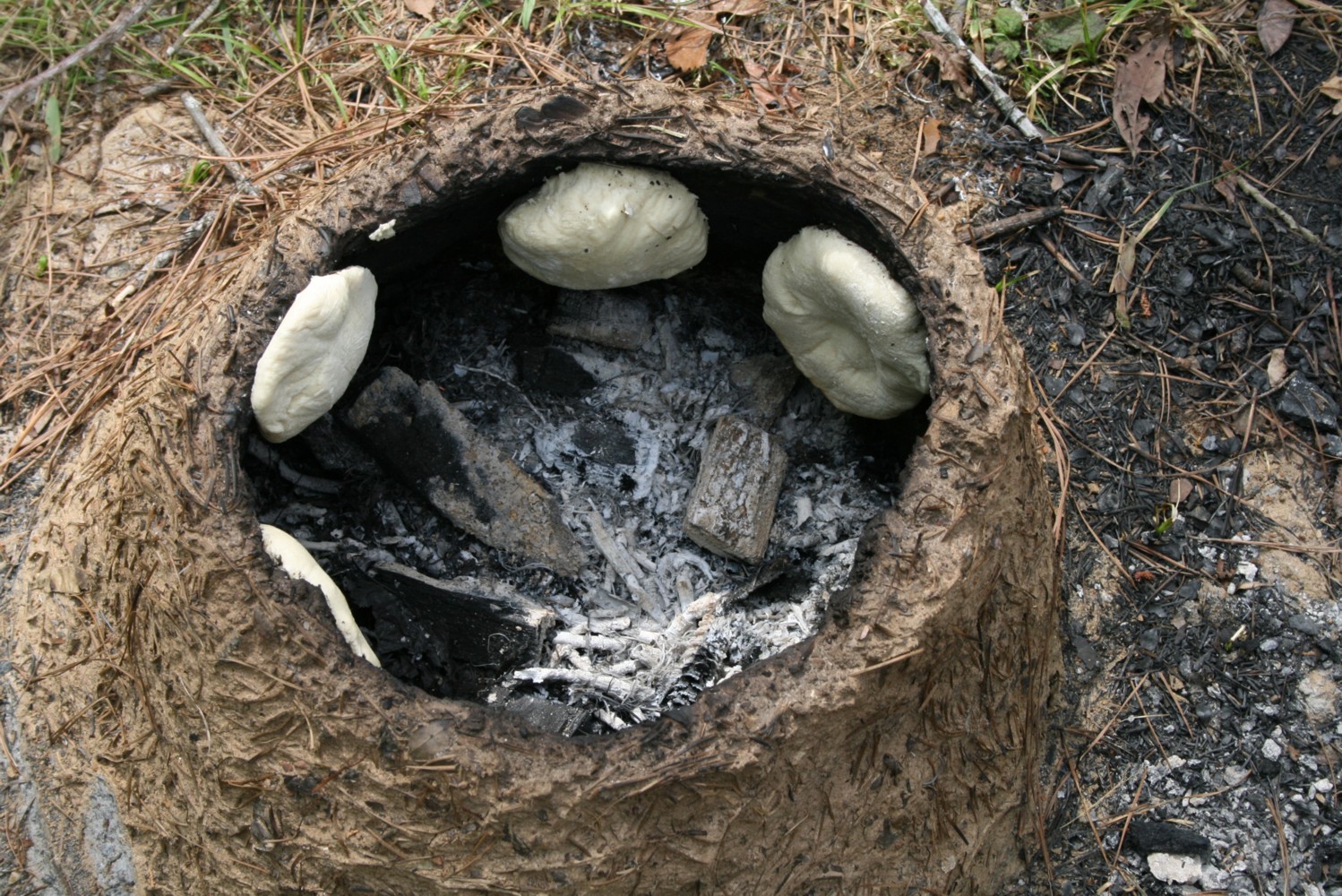 In light of this one will notice that when the Shulchan Arukh speaks of the methods of cooking matzah, all of them involve cooking matzah with a hot surface, and not hot air.

Paragraph 2 - ...However, firing is needed at the beginning, whether it is used in an tanoor, a frying pan, a stew-pot without water, or on the ground.

So originally European Jews made their matzah thicker (as it could be made up to a tefach thick). Making matzah that thick would still create a matzah that has a crisp outside surface, but would be soft on the inside like any other thick bread. But as they started making their matzah thinner and thinner to keep in line with opinions like the Rema, the matzah itself would become dried out and hard. Eventually they adopted the custom of poking holes in the matzah to cause the moisture to escape rather than allowing it to bubble on the bread (out of fear that these bubbles were chameitz), further drying out the matzah. Eventually the industrial revolution happened and the matzah factories figured out they could create machines to mix drier and drier doughs creating a shelf stable matzah that could be transported, sold, and stored for years.

So I would estimate that by the time of the Rema, matzah was starting to dry out as a consequence of European ovens and the growing custom of making matzah thinner and people not remembering how matzah used to be. As the matzah became drier and drier it eventually became the custom to expect matzah to be dry, and the matzah factories of the industrial revolution took this custom to the next level.

Note: Oddly enough, one can make matzah on a European stove by putting a frying pan on the burners to make flat bread. However this does not occur to most people. For my household I make our matzah either in my tandoor oven or on another arabic oven called a saj for the seder. But during the rest of the hag I use our stovetop.

Not the answer you're looking for? Browse other questions tagged history matzah .

13
Soft Matzah for Ashkenazim
6
When was matzah eaten besides for Pesach? (Chametz u'matza)