Attaching something by way of a hook on Shabbos — problem of binyan (building)?

I will pose the question with the following example. Someone on their porch has a wooden beam structure that has on it metal rings that one can attach a swing to by the way of a hook. The swing can be easily attached and detached. Is it muter to "hang" up the swing on Shabbos by attaching the hook to the ring? Is this a problem of "binyan" (building)? Does it depend how long it'll be there fore? Nothing is screwed in or attached with a similar more "permanent" method, rather you press down on the hook and latch it onto the ring.

Update: The following is an image of an eye bolt that is used to hang the swing from. 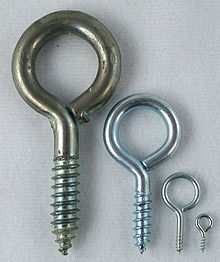 There is a chain that has on the end of it a sort of "hook" that will be attached to the eye bolt. The following I'll use as an example however not necessarily this exact thing: 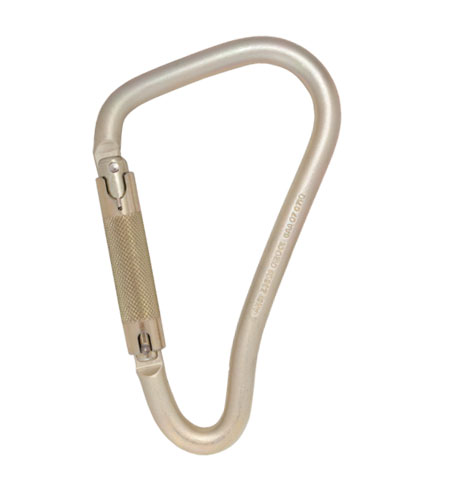 So again we have a swing with a chain on with sides. At the end of the chain there is the clamp/hook/whatever it's called that will be attached to the eye bolt. I realize the one pictured here sometimes has an option to "screw" it into place, let's say this will be done without screwing (or that it doesn't have that option. From the picture here there doesn't appear to be any "screwing" option. Is this swing muter to hang up on Shabbos? Would it make a difference on how much time it'll be there for?

I would say could be Boneh because as you state it is being attached to something that is mounted into the ground. If it were a free standing structure then I'd say otherwise. Simple Description of Boneh

Also, it is probably Makeh B'Patish which is generally understood as finishing an object ie. performing the action which changes its state from useless to useful. Simple Description of Makeh B'Patish

Not the answer you're looking for? Browse other questions tagged halacha shabbat .

6
Putting something in the mailbox that will be picked up on Shabbos or Yom Tov
7
“Purchasing” Something Free on Shabbos
30
May one use a computer script or robot to do something specifically on Shabbos/Yom Tov?
3
why cant i cook/bake something on shabbos for after shabbos
6
Is Zipping Something on Shabbos Tofer?
6
On Shabbos, may someone turn off a switch of an electric-eye controlled light while the light is off?