Song of the 5 Kings?

In Joshua 12:9-24 there is Joshua's famous song of triumph over the 31 Kings of the Land of Canaan which he conquered. The song (and it is a song per the Talmud Megillah 16b) is structured in two columns, one having the name of the King and one having the word "Echad" = "One" as a count to the total of 31. Here is a picture of that song as written in the Aleppo Codex: 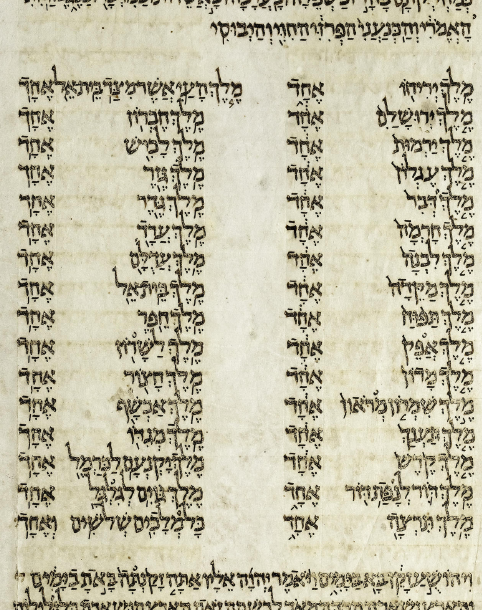 In I Samuel 5 and 6 we are told of the capture of the Holy Ark by the Philistines. The Philistines were afflicted with plagues of mice and hemorrhoids. Eventually they return the Ark to the Jews and send along with it gifts of golden mice and hemorrhoids (as strange as that may be). After the Jews receive the Ark, the verse (I Samuel 6:17) lists the 5 Kings of the Philistines who gave the golden hemorrhoids in two columns, one having the name of the King and one having the word "Echad" = "One" as a count to the total of 5. Here is a picture of that verse as written in the Aleppo Codex and in the Leningrad Codex: 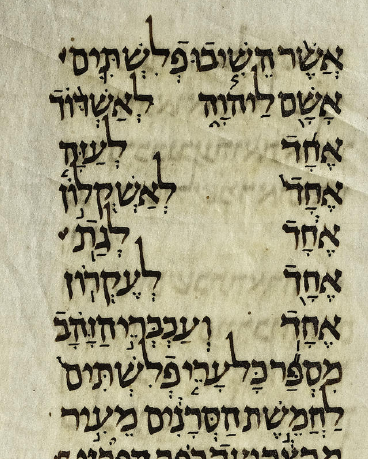 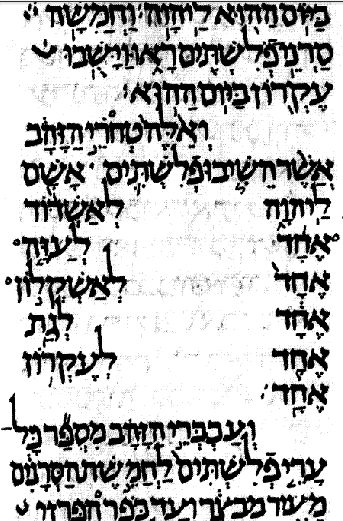 This seems to me to be remarkably parallel. Does anyone discuss this connection?

(An initial thought that I have is the 5 Kings "song" is a parody of the other one because the story of the Jews losing the Ark to the Philistines shows how they don't yet fully control the land. This is pure speculation on my part.) 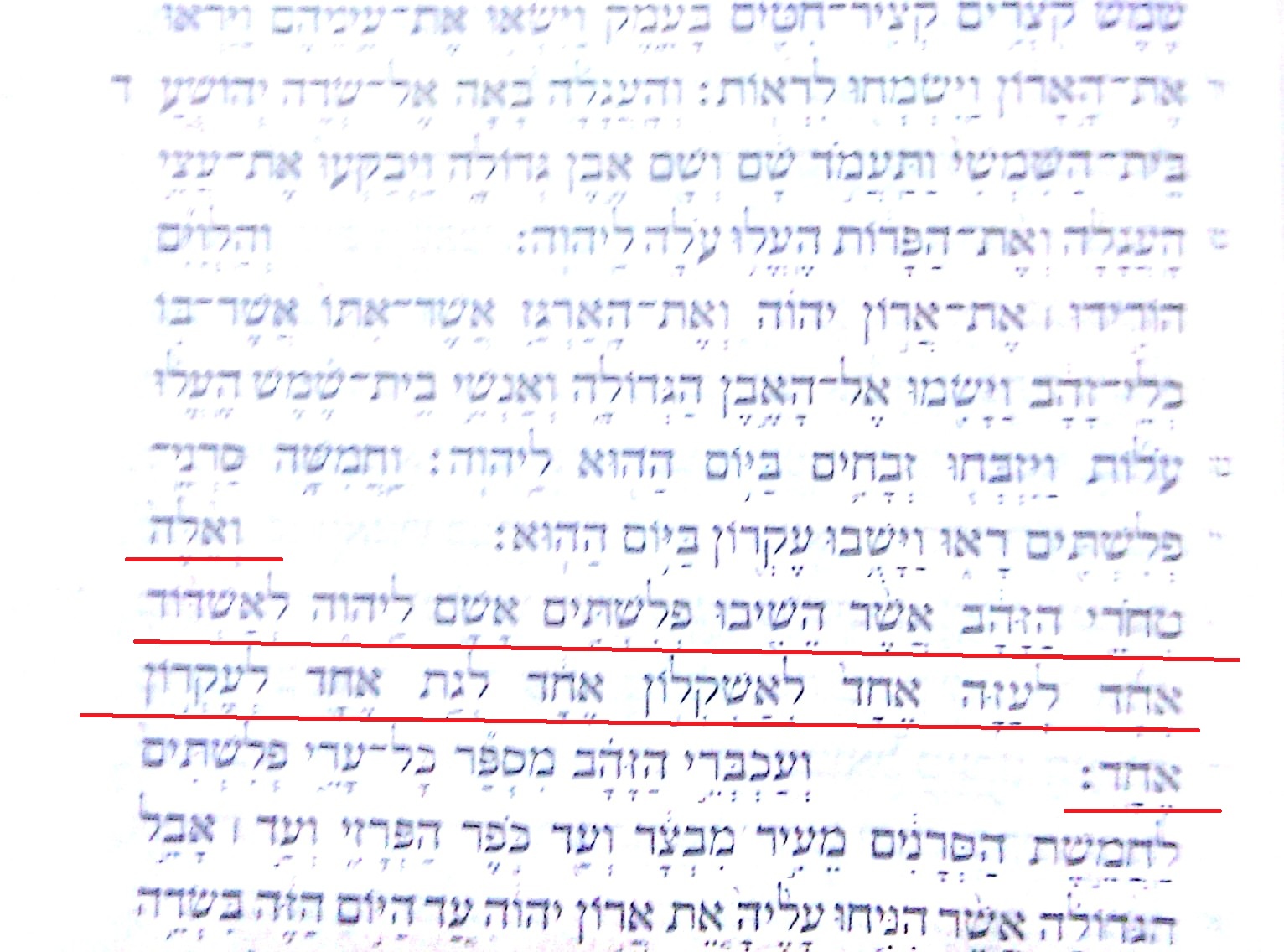 Since this is not the Torah, less restrictions apply and you may see several forms of alignments and justifications of the same text.

6
Of Rats and Hemorrhoids