The size/shape of biblical Israel

Based on this Tosafot in Bava Metzia 28a (D"H Chamisha Asar Yom), Eretz Israel is a square (400 sq. Parsah), and the distance between Jerusalem and the Jordan river is 1/39th the distance between Jerusalem and the Mediterranean Sea (or maybe another border). Based on our maps I can't seem to figure it out. Is there any angle to look at the map that all this works out?

Your question reminds me of this map of the earth based on Herodotus c.450 BCE: 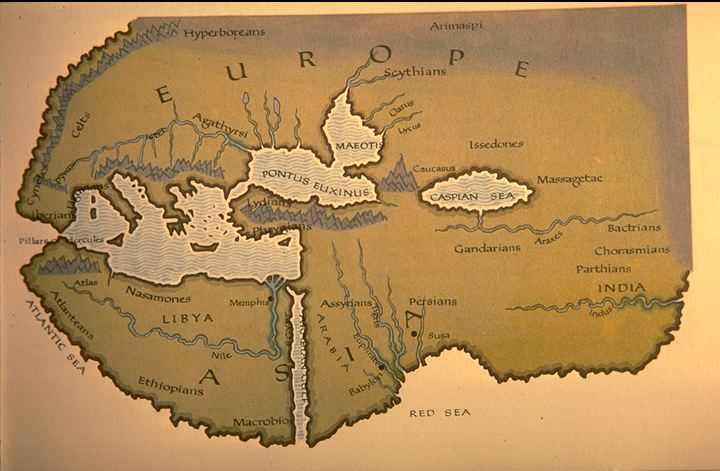 In all seriousness, let's do the math. Jerusalem to the Jordan River is roughly 13 miles. Something 39 times the distance would be just over 500 miles. Jerusalem to the Mediterranean is however roughly 31 miles. That's less than 3 times the distance. (Or maybe there was a branch of the Jordan River that was less than one mile from Jerusalem back then.) In fact, I can't find anything significant at a distance of 500 miles (forgive the bad circle): 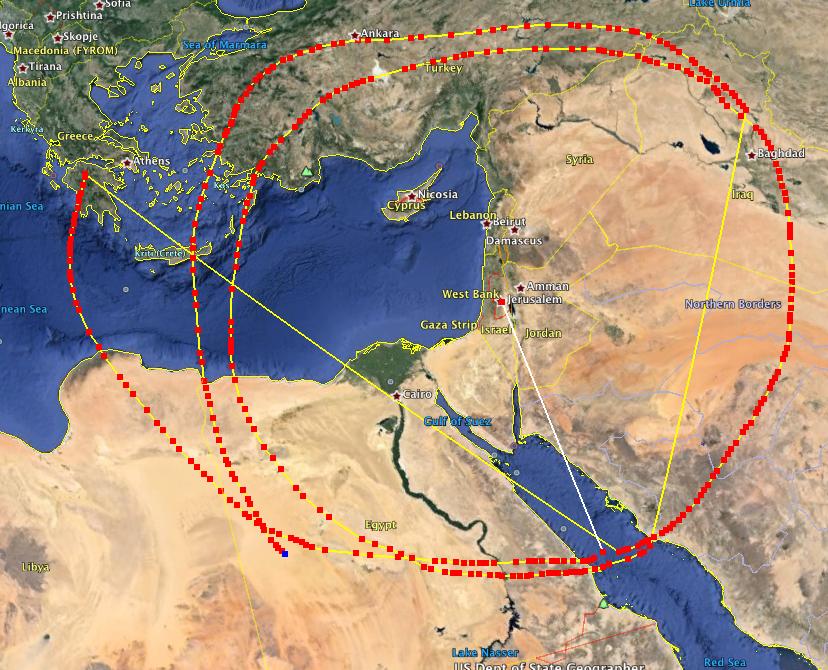 But as you can see, you may hit the top corner of the Mediterranean if you could assume Jerusalem expanded a few miles Eastwards. Because that's 350 miles away, meaning Jerusalem would have to be within 9 miles of the Jordan, meaning Jerusalem needed to be 4 miles wider to the east. 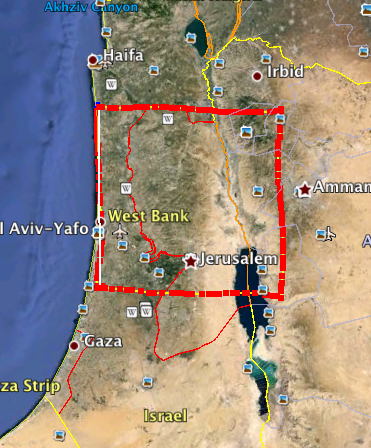 Close, but I think Biblical Israel was a little taller than that. Maybe it doesn't mean a literal square.

And just for fun, if you meant 400x400 parsas, which I'll use the 2.4 mile calculation, would mean Isreal is 960x960 miles. That would make it look something like this (pretty sweet!): 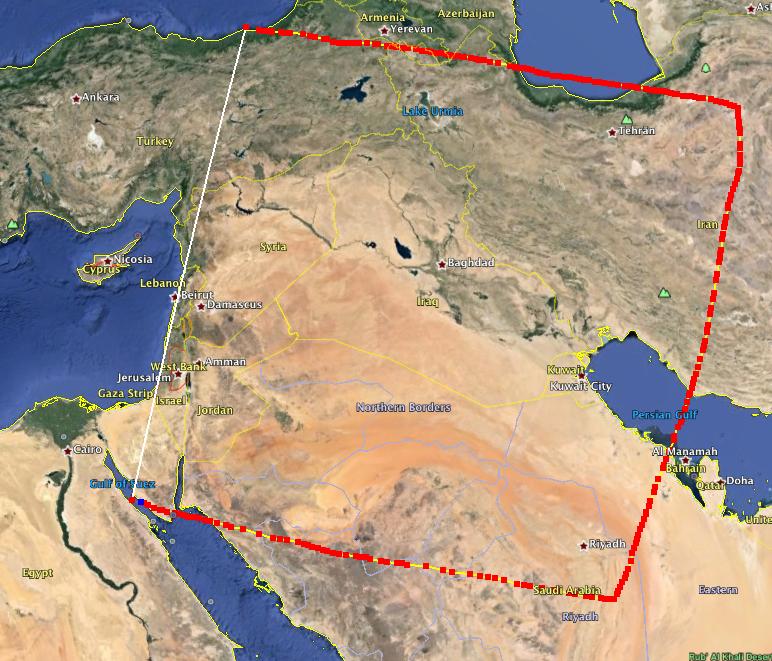 Perhaps the measurement is surface area, not "as the crow flies" area

This is especially relevant to the Tosafot quoted in the question that talks about the length of time it takes to travel from Yerushalaim.

There is a Midrash (Devarim Rabbah 4:11) that brings a similar idea:

16
Why wasn't the Torah given in Israel?
5
Israel-centric map projection
7
Online maps of the Biblical Middle East overlaying the modern ME
2
Is Mt Hermon located within the biblical boundaries of the Holy Land?
3
Shouldn't the minimum Succah size be 6x7 Tfachim?