Are there any halachic authorities which relate to the non-mechitza, pre-1967 prayers which were held at the Kotel?

There are various pictures pre-dating the 1967 Six Day War, available on the Internet and in various scholarly sources, clearly showing free mixing among the genders at the Kotel (Western Wall) in the midst of prayers without any mechitza. (It's possible that they never had any formal minyanim there, but that seems unlikely). Are there any halachic authorities which relate to these practices at the Kotel?

Some historical background from this article from the National Library of Israel: http://web.nli.org.il/sites/NLI/Hebrew/library/reading_corner/Pages/mehitsa.aspx

Jewish testimony from the British era stated that a mehitza was occasionally used during Ottoman rule, but no permanent structure was permitted. A semi-permanent mehitza was built sometime after the British gained control of Israel in World War I. On Yom Kippur, September 24, 1928, an English military officer tore down the mehitza that existed at the time. This led to a bit of a tussle and multiple injuries to some of the assembled.

(Interestingly, during Turkish and British rule, it was described by eyewitnesses as a disgustingly dirty area, with cow dung and sewage strewn about. This also didn't seem to prevent people's praying there despite the relevant halachic prohibitions. Perhaps that is appropriate for a separate SE question.)

Shortly after conquering the Kotel in 1967, the Religious Ministry of the Israeli government put up a permanent mehitza.

Here's are some examples: 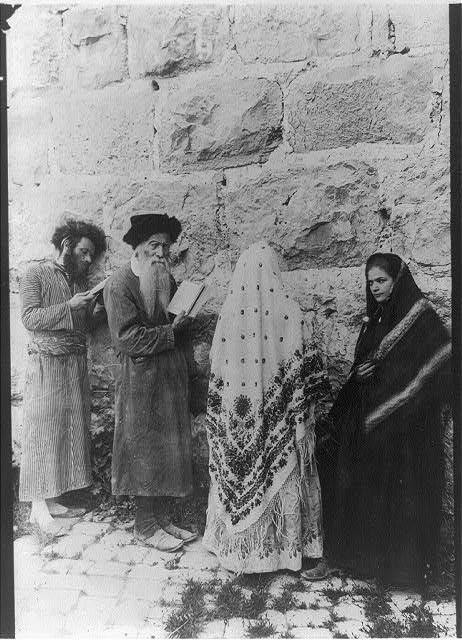 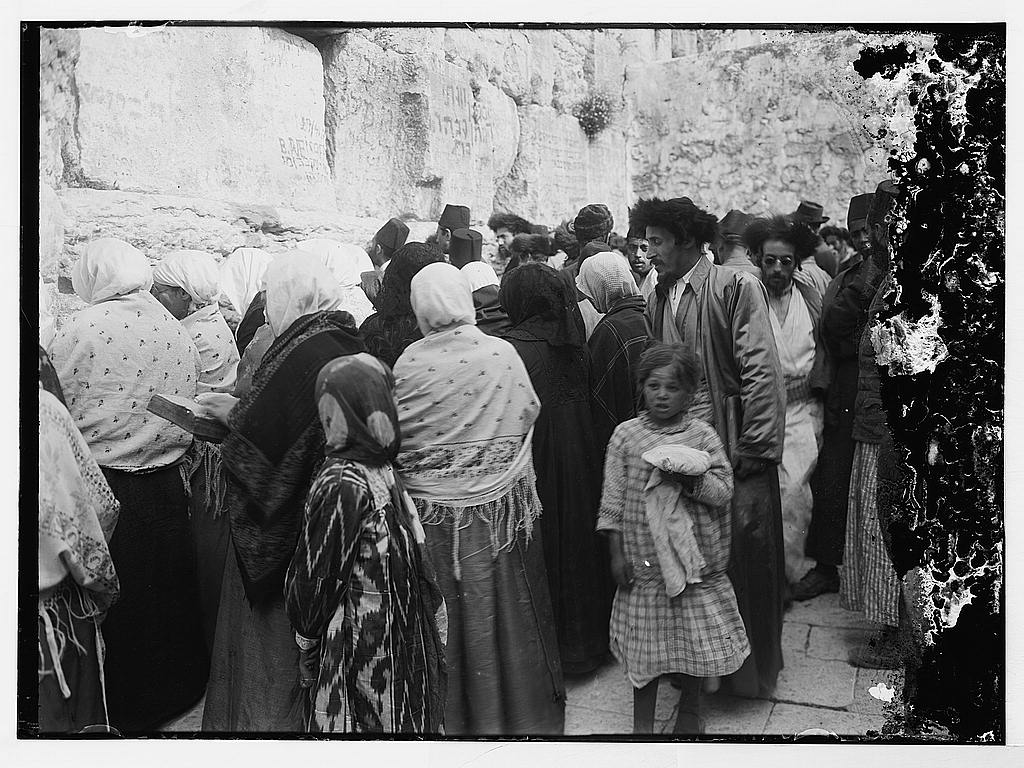 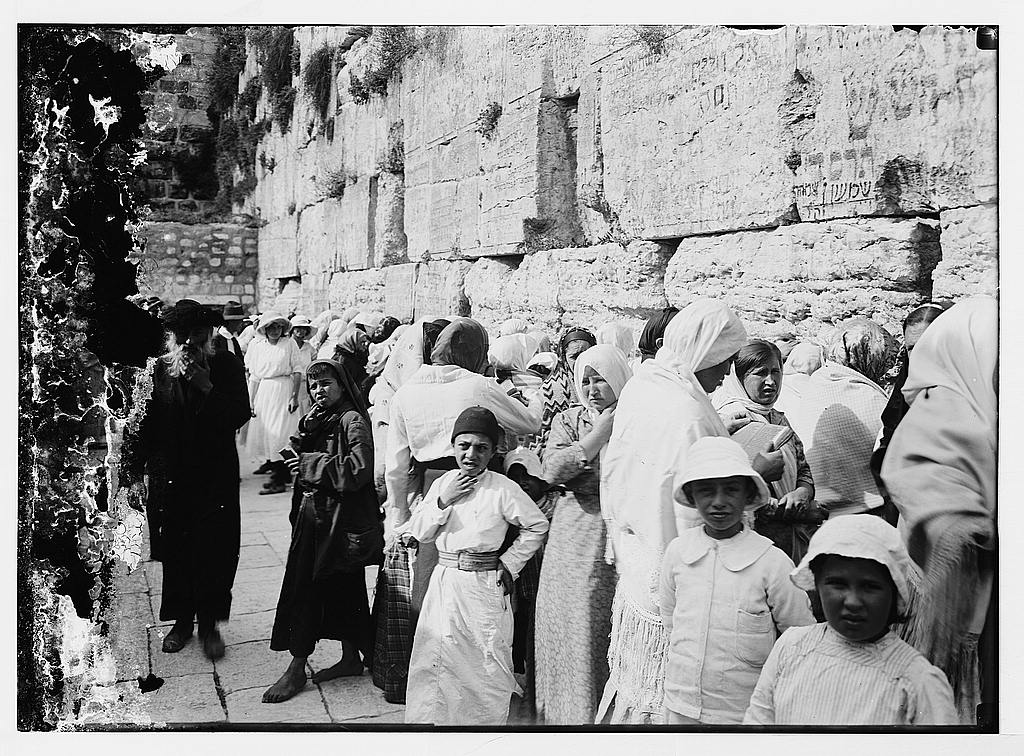 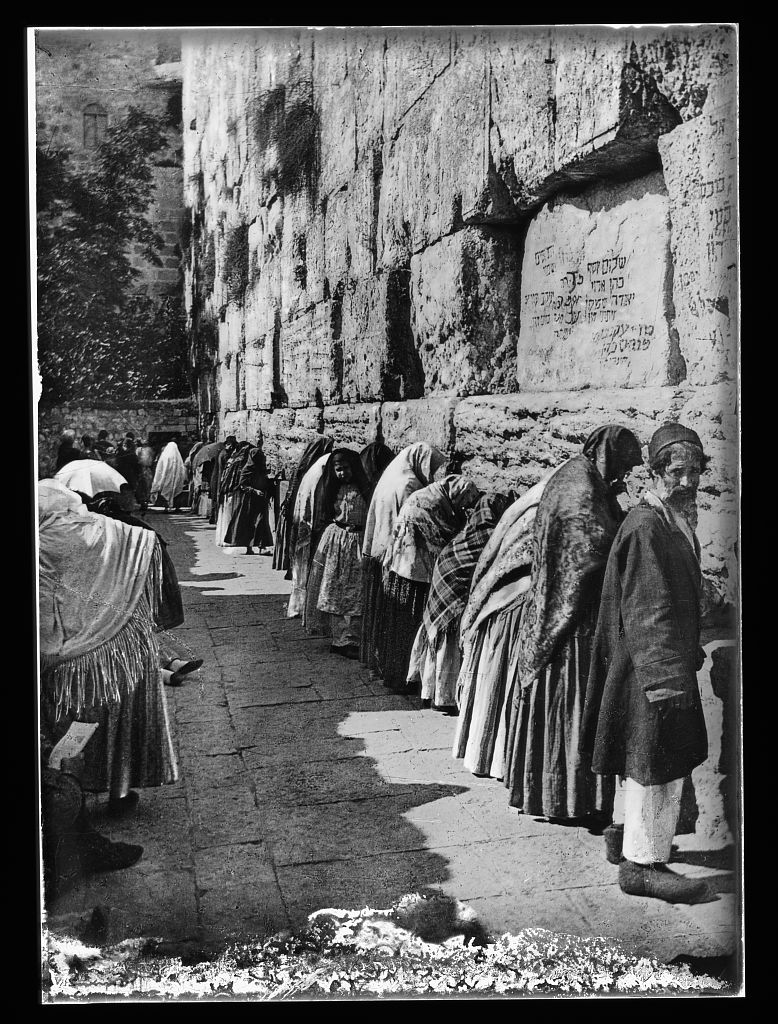 According to ד"ר יוסף נדבה there was a Mechitza up until 5689 (1928) when it was removed by the British authorities.

The Jews of Ottoman Palestine were treated as subhumans under Dhimmitude. They had zero power to implement anything, even a temporary/portable screen. When the British assumed power in December of 1917 under OETA-South, the Occupational Administration, they created a policy that we still refer to as the Status Quo, refusing to undo anything created by the Ottomans with regard to shrines and worship. In 1920 OETA-South gave way to Mandatory Palestine and a civil administration. While authorities saw fit to ban slavery and other atrocious acts they allowed the strictures of Dhimmitude vis a vis the Status Quo to continue as is.

The issue in 1928 was not about a screen though that issue was used by Jews to force the real Issue to the forefront. The real issue was al Waq'f, the Islamic Endowment Authority which had ultimate control over all Islamic shrines, was trying to force HaYishuv into formally acknowledging that HaKotel is a an Islamic shrine. They actually wanted HaVa'ad Le'umi and the Chief Rabbinates to jointly sign an official document stating this.

Pathetically HaVa'ad was ready & willing to do so as were some Charedim. It was Rav Kook the Elder together with the Revisionists who prevented this. They used the Mechitzah (screen) knowing that Arab Muslims would go beserk. The British refused to get involved officially but unofficially leaned on Jews to comply with Muslim demands. The screen was a way in which to force the British to do their jobs. The nature of the British presence mandated that they support the Jewish refusal to perpetuate de facto Dhimmitude.

The violence over the screen culminated in the 1929 Pogroms of which Hebron was hit harest.

I don't remember where I saw the exact quote, but the Radzyminer Rebbe hy"d (see https://kupathrabbimeir.org/kramban/kp/kpymb_files/radzimin.htm ) is said to have worked toward the establishment of the Kosel women's section. He died in 1934. So that implies that access for women was restricted prior to that.

Not the answer you're looking for? Browse other questions tagged history minyan yerushalayim-jerusalem mechitza-partition kotel-western-wall .

16
Were there any sages who supported the Zealots during the siege of Jerusalem?
10
Why is there a dispute as to which tefillin are the correct ones?
2
Are There Any Good Sources for How "Ancient" (Pre-Talmudic) Prayer Was Done?
11
Were there any Sadducees on the Sanhedrin?
6
What references, if any, are there to synagogues or non-temple organized worship in the ancient Israel
3
Are there any non-inspired writings before Philo's time?