This question does not appear to be about Judaism within the scope defined in the help center. Note that not all questions about the Hebrew language, about history or news of the Jewish people, about Jewish individuals, or about the State of Israel are necessarily about Judaism.

Seriously, some gabaim just kicked me out for no valid reason, someone else said that no gabai there has any legal rights to it, so who does actually own it?

Apparently based on the Wikipedia Article, the owner of the umbrella organization is Rabbi Abraham Shemtov. 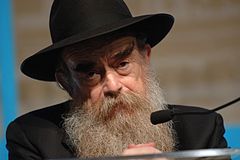 The Gabboim, representing Congregation Lubavitch Inc., were ordered to transfer the control of the shul to Agudas Chassidei Chabad (Aguch) and Merkos L’inyonei Chinuch, the central organizations the Rebbe established.

Kings County Justice Bernadette Bayne has ruled that the Gabboim “are ordered to deliver possession to Agudas Chassiei Chabad – the 770 premises including that portion of the premises located at 770 Eastern Parkway, Brooklyn, NY used as a synagogue – within 30 days.”

And “are ordered to deliver possession to Merkos L’inyonei Chinuch Inc. – the 784-88 premises including that portion of the premises located at 784-88 Eastern Parkway NY used as a synagogue – within 30 days.”

Since Gimmel Tammuz 1994, the shul was in control of the messianic group in Crown Heights, proclaiming they believe that the Rebbe is alive on signs and banners and opposed mainstream Chabad attempts to hold their Chassidic gatherings there. Legal rights over the shul has already been granted to Aguch and Merkos by the now-retired Judge Ira Harkavy over 2 years ago. 3 appeals by the Gabboim have been rejected. In the court session on Friday, Justice Bayne scolded the Gabboim for not giving over the possession earlier.

“You waited for so long and have not done what you’ve been ordered to do,” she said. Aguch was represented by David Zaslowsky of Baker & McKenzie. Lawyers of the Gabboim said they will be appealing.

Thursday, in a last-minute effort to find a peaceful solution, Crown Heights Rabbi Avrohom Osdoba recommended to the Gabboim to come to a ‘Zabla’ settlement in a rabbinical court. They have refused.

There is also a similar article which mentions a second, more recent court ruling:

Court Confirms Chabad’s Exclusive Rights To Flagship Synagogue At 770 Eastern Parkway, from May 4, 2020:

"Chabad-Lubavitch World Headquarters is gratified by the decision handed down last week by the Civil Court of the City of New York, confirming exclusive rights to control and manage the synagogue space at 770 Eastern Parkway in Brooklyn, New York, to its rightful owners.

In her decision, the judge, the Honorable Harriet L. Thompson, ruled that “the Gabboim have no legal rights to continue in possession,” and she further stated that the “Rebbe Menachem Mendel Schneerson determined the power and authority granted to the owners of these properties, not this Court. His intentions and only his intentions were made clear by granting full authority to the owners, through Boards of Trustees.”

In a profound statement, the Court added that “It is also clear to this Court that the Grand Rebbe was a brilliant man, full of wisdom, discernment and prophetic. The evidence supports the conclusion of this Court that the corporate structure of both corporations [Agudas Chassidei Chabad and Merkos L’Inyonei Chinuch] was the legal mechanism that the Rebbe, with the assistance of competent counsel, conceived to maintain control and possession of all the properties including the control of the Synagogue. The Rebbe had foresight beyond his years.”"

it then cites a source of the original statement, which [as of now] is a non working link

I asked another Rabbi in Crown Heights about it, and he said its still in dispute in court, as it has been for 15 years, although I don't know of any sources that support that

Not the answer you're looking for? Browse other questions tagged chabad .

23
Are there other extant Chabad groups besides Chabad-Lubavitch?
7
Besides eating matzah, what do we do on Pesach Sheini today?
25
How can the Rebbe be considered Moshiach?
1
Is learning the Tanya dangerous?
4
According to those who do Shabbat's Hoshaanot on Sunday, what is done when Hoshaana Rabbah is on Sunday?
16
What is Lubavitch Shechita?
4
Significance of reciting Baruch Shem out loud during the Shema
2
Tefillin - Are there any others who wear 4 x 4 battim besides Chabad?
0
Explanation of Alter Rebbe's proof of G-d?
5
Learning How to Lein, Chabad-style