The claim that Midrash Genesis Rabbah 35 refers to a virgin birth of the messiah?

I found the following quote in a missionary site:

They argue that the rabbies expected the messiah to be without a father,hence he will be born of a virgin!! Supporting their claims by the words of the midrash.

Anyone help me please understand the true meaning of the midrash, if it does exist?

This midrash does not exist in Bereishit Rabba. Indeed, the verse referenced by the translation "Behold the man whose name is Zemach [branch], and he shall branch up out of his place" is Zechariah 6:12 (see here), and that verse does not appear in Bereishit Rabbah 35 or 37 — or in fact in Bereishit Rabba at all — as can be seen by searching this page (after letting it load) for words of the verse (even צמח will do). Searching Sefaria (which has a good number of classic midrashim) for "צמח שמו" finds only 12 hits in the Midrash and Talmud categories (see here), and none appear to be your midrash.

Instead, this midrash is allegedly found in Bereishit Rabbati, which is a medieval midrash attributed to R. Moshe HaDarshan. Such an attribution (for the ch 37 midrash) can be seen in Abarbanel's Yeshu'ot M'shiḥo (p. 217 of PDF), but the midrash isn't found in the Bereishit Rabbati that we have today, and neither is the one from ch 35 (even Abarbanel only says that the midrash is "said to be from Bereishit Rabbati"). The citations that you are seeing are probably from Pugio Fidei, a medieval Christian polemic by Raymond Martini that allegedly contains extracts of R. Moshe HaDarshan's midrash. The accuracy of these citations is in dispute (as you can see on the linked page).

The midrash Bereishit Rabbati is not well-known, in my experience, and hardly forms a "standard interpretation" of Jewish beliefs (besides the fact that many midrashim are contradictory, and one can't take all midrash at face-value; see especially the question Is belief in midrashim optional?). Add to that the midrash's late authorship (where the Jewish author was certainly aware of Christianity and its claims) and the fact that the midrash may or may not be in the original, and it's likely that some misinterpretation (to be generous) is going on here.

But as you asked for an interpretation, let's give the full text of the midrash (the ch 37 one) that Abarbanel cites.

And Reuben went on, "Shed no blood! ... " (Genesis 37:22), this is like what the verse says: "We have become orphans, fatherless" (Lamentations 5:3). R. Berachya says: the Holy One said to Israel, "you said to me 'we have become orphans, fatherless', so too the redeemer that I will bring from among you will be fatherless, as it says: 'a man called the Branch shall branch out from the place where he is' (Zechariah 6:12). And it also says: 'for he has grown, by His favor' (Isaiah 53:2). And David said about him: 'I have fathered you this day' (Psalms 2:7)."

Abarbanel says that "father" here means "teacher" — the Messiah will learn everything via prophecy — and in fact bring back prophecy to Israel — and not gain his wisdom from a human teacher. He then points out that part of the midrash (including the Lamentations verse) is similar to what's found in Eicha Rabba, where the redeemer refers to Queen Esther, and "no father" means "orphan". Abarbanel then cites a midrash on Isaiah 53:2 that we no longer have, saying that when the Messiah enters the world, his father will die. He then gives another understanding of "no father" as "no comforter", and also points out that if God is bringing the Messiah from "among you", the Messiah must be like us. He has a few more comments, but the gist of it is here.

Please be wary of citations to Jewish sources from Christian sites, especially from missionary sources.

Props to the other answerers (Yaacov Deane, Derdeer) for locating the citation.

I found on google books a "sefer yeshuot meshichu" by Isaac Abrabanel (Don.) (החלק השני, העיון השלישי, הפרק השלישי). He seems to attribute it to R' Moshe Hadarshan's Bereishis Rabbah (or Rabbati), 37:22. Among other things, he compares it to a similar exigiesis by the same rabbi in Eicha Rabbasi where Esther is referred to as "a redeemer with no father", where it clearly means an orphan (Esther 2:7), and explains that the intention here is that the Moshiach will herald the renewal of prophecy, and that although prophets typically study by other prophets of the older generation, the Moshiach will come to prophecy "without a father" meaning without a prophet-teacher to raise him up spiritually. It's a long piece, so if you're interested you can read it yourself.

The midrash does exist but not as the Christian missionaries cite it. 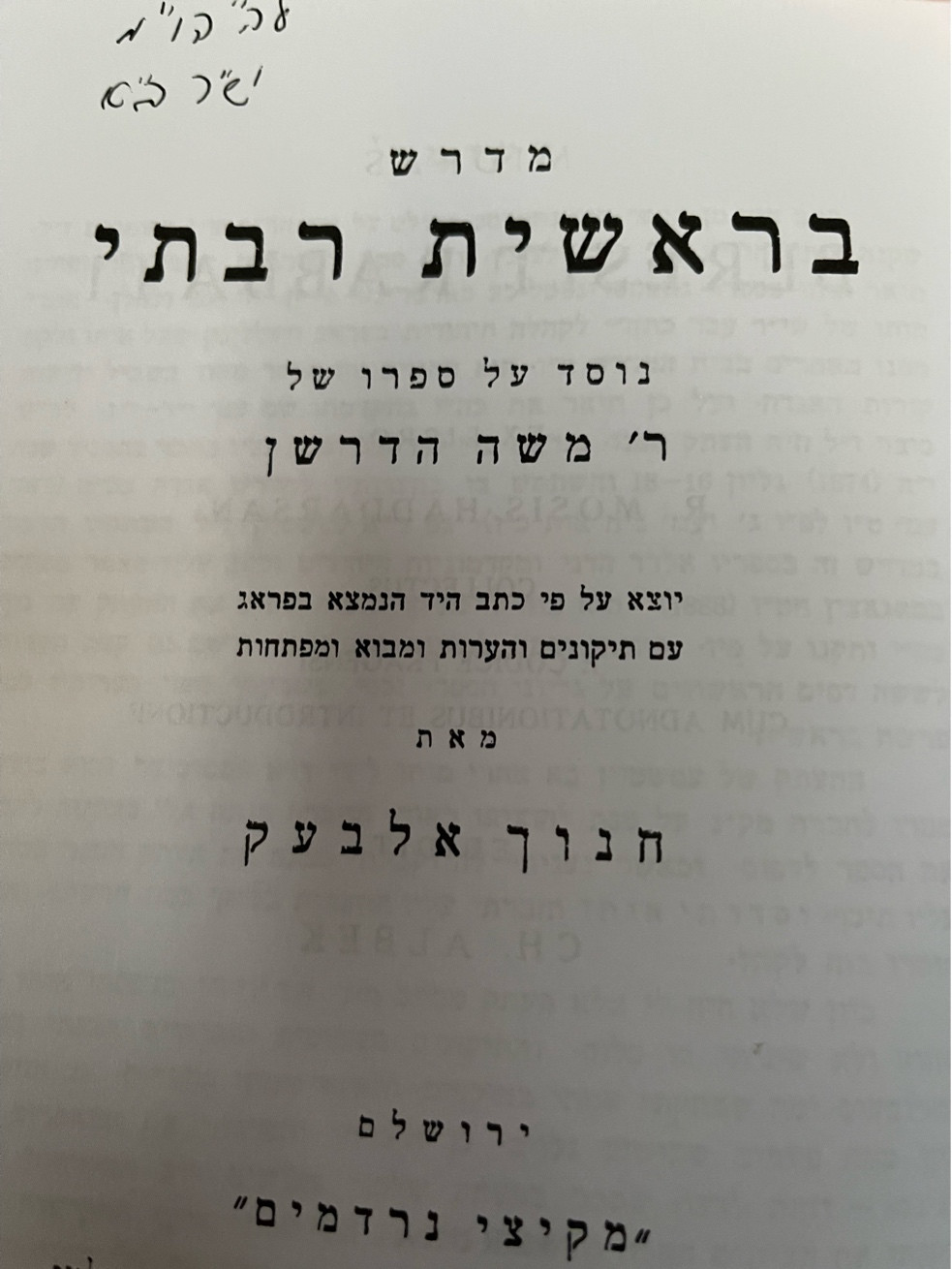 The interpretation of the missionaries is also not correct.

This midrash is not discussing the birth of Moshiach but rather is discussing a kabbalistic concept found in Torah teaching relating to the concept of the Redeemer who is described in some places by the name Tzemach, which means Sprout, like sprouting from the ground.

This appears in chapter 35:21 beginning with the words, The Rabbis say Yaacov is a sign for his descendants… 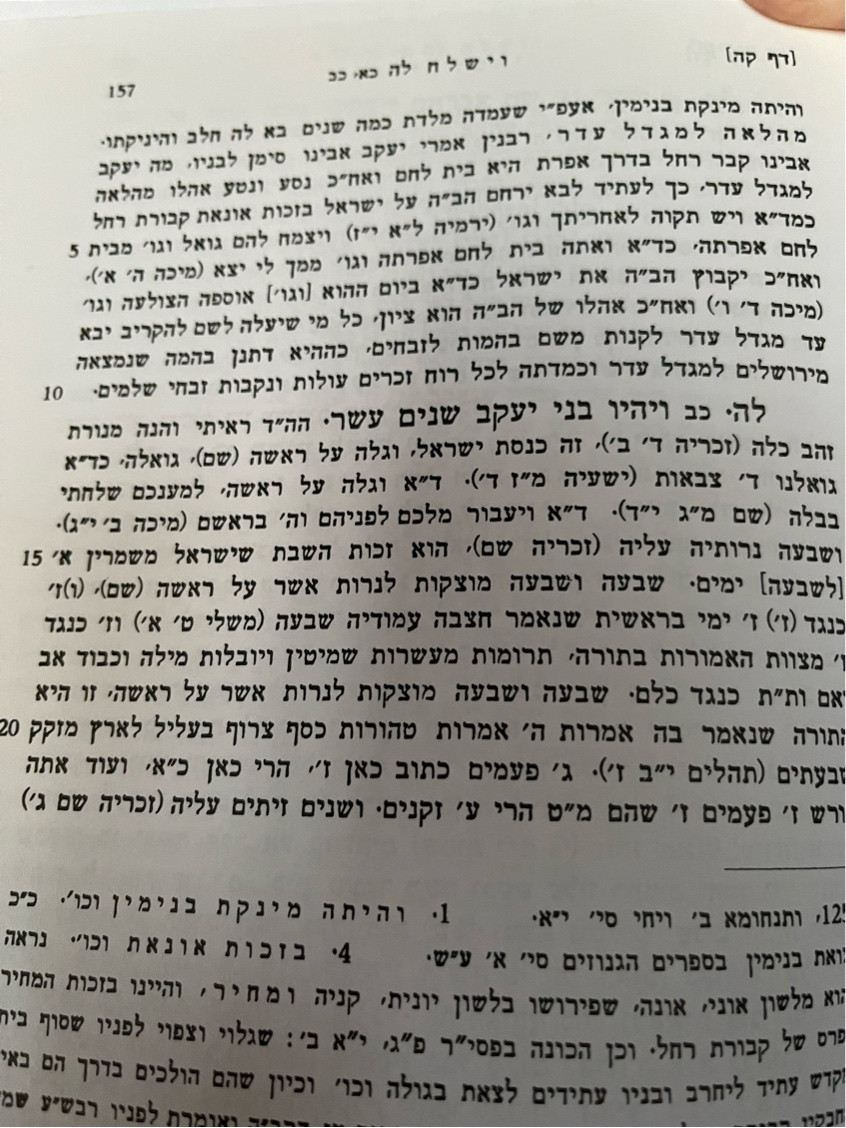 That all that is explained below in regard to what G-d will do for us in connection with this aspect of the final Redemption is a consequence, measure for measure with the actions that Yaacov Avinu took to bury his wife, Rachel at Beit Lechem (Bethlehem) on the road to Efrat.

In the Talmud and other midrashim it indicates that this midrashic name is specifically associated to the Hebrew name Menachem because they (צמח and מנחם) share the same numerical value. This individual is also referenced in the service of Hoshanah Rabbah during Sukkot.

This redeemer dies (meaning he is not murdered nor executed, like is emphasized by Rambam in Mishneh Torah, Laws of Kings and their Wars, 11:4 ), gets buried in the ground and through that process brings about what is referred to as the ingathering of the Exiles.

This spiritual ingathering is how all the sparks, which are also referred to as Tikkunim in other kabbalistic texts, which have been partially elevated via the blessings (like for example over the food which we eat every day) made by all the Righteous throughout every generation, are elevated to their final intended state (the Source from which they were hewn) through attachment to the soul of this individual who bears the name Tzemach during its ascent from this world to the World of Souls. The sparks hitch a ride, so to speak.

This ingathering is what is intended in the Amidah prayer in the blessing about Sound the Great Shofar… which is said before the blessings for the re-establishment of the Sanhedrin, the rebuilding of the Temple (the emphasis being that the ingathering precedes the rebuilding of the Temple in Jerusalem) and the resurrection of that same redeemer called both Tzemach and Menachem. This ingathering is also referenced according to Midrash Bereshit Rabbati in Micha 4:6.

This spiritual ingathering is also referenced by the Ari z”l in Eitz Chaim and also by Rabbi Moshe Chaim Luzzato in his classic, Derech HaShem in context of how the very highest individuals on the spiritual level will perfect not only themselves and those alive during their generation but also all those both before and after them.

Not the answer you're looking for? Browse other questions tagged midrash messiah .

22
Is belief in Midrashim optional?

8
Is the midrash about the moon and sun being the same size intended literally?
10
If a virgin birth actually disqualifies a Messianic candidate, how then should Isaiah 7:14 be interpreted?
3
Midrash Genesis Rabbah 1.11 -- clarification to the answer the children recieved about the two forms for mem, nun, zade, peh, & kaf?
6
Are professor Daniel Boyarin's writings about the messiah supported in traditional Jewish sources?
3
Is there a Midrash that men gave birth early in the Torah?
1
Why did the Jewish sages understand "Daniel 7:13" as the coming of the Messiah, and not the Messiah's ascension to "God" in heaven?