The Sandek being called the 'ba'al bris' and not the Mohel

I received the following excerpt from a friend that comes from HaRav Moshe Wolfson's shlita (the Mashgiach of Mesvita Torah Vodaas) Emunas Itecha: 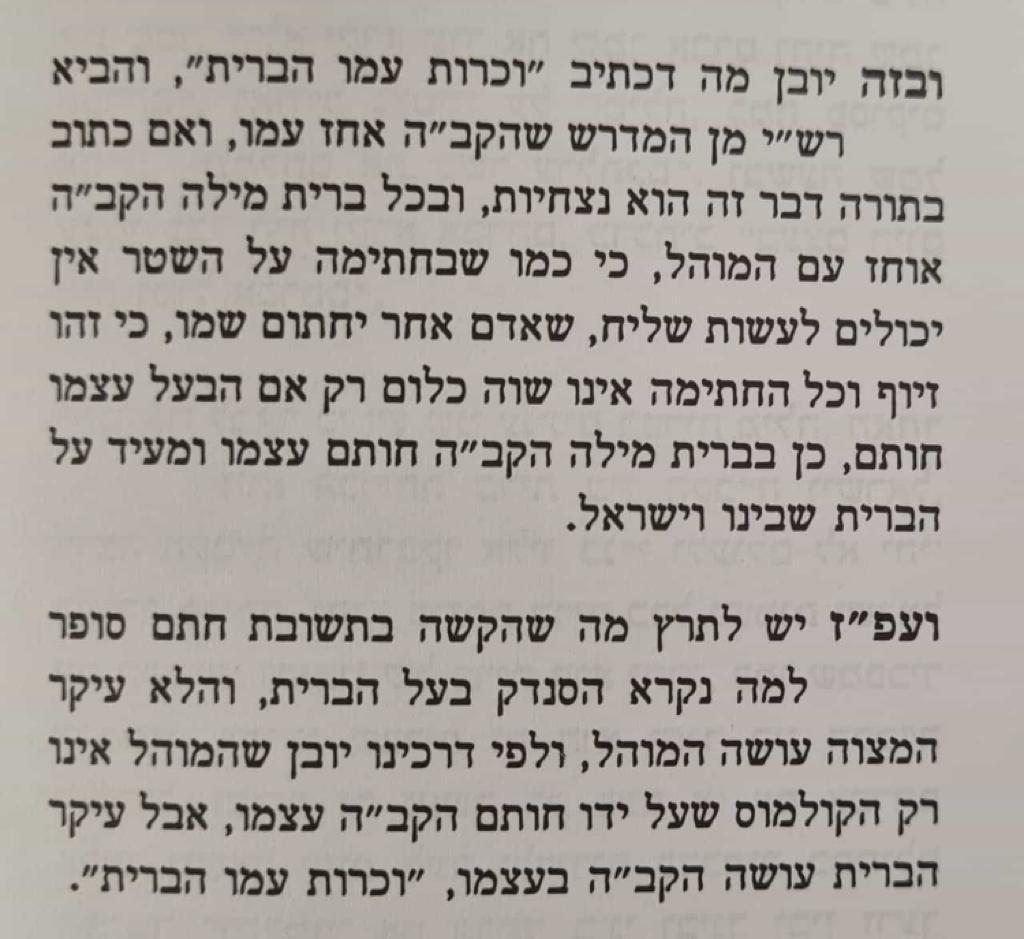 And with this we can understand that which is written, "You made a covenant with him", and Rashi brings from a Midrash that Hashem holds on to him. And if such a thing is written in the Torah, then this matter is eternal, and as such, at every bris milah Hashem holds (as it were) with the mohel. Because just like a seal that is on a document cannot be done through someone else, with another person signing this name, this would be regarded as a forgery, and every seal is not worth anything unless the the owner (of the letter/document) himself seals it, so too with a bris milah, Hashem Himself seals it and testifies on the bris (the covenant) between Himself and Israel.

And with this we can now answer the question in the Teshuvas Chasam Sofer why we call the Sandek the 'baal habris' (lit. the owner of the covenant) even though the main mitzvah is done by the mohel. Since we can undestand that mohel is to be regarded as only like the quill that is held in the hand of Hashem's seal Himself. But the main bris is performed by Hashem Himself and that is how we understand "You made a covenant with him".

10
Are tefillin supposed to be removed before a bris (circumcision)? If so, why?
6
When a Bechor's Bris is delayed beyond the day of the Pidyon HaBen
4
When a Bris is being done for a baby at the same time as his Pidyon HaBen
11
Baby boy's MOTHER as the sandek(et)
1
Wrong brocho made at a bris for a ger?