In Biblical times, did the Israelites ever wear sleeveless tunics?

In Genesis 3:21, G-d clothed Adam and Eve with the kuttoneth (in this case, made with animal skin). Apparently, such was worn in multiple Biblical passages (e.g., Gen. 37:3; Ex. 28:39-40; 2 Sam. 13:18-19; 15:32; Job 30:18; Song 5:3). Did the Israelites ever wear them without sleeves? According to one source, the kuttoneth was "a kind of shirt without sleeves, reaching down to the knees" (Cambridge Bible for Schools and College, bold emphasis mine). Similarly, the Jewish Encyclopedia, discussing the kuttoneth in English using the terms "coat" and "shirt," says, "The shirt was made at first without sleeves, and also failed to cover the left shoulder (see Müller, l.c. pp. 296 et seq.). The working classes continued to wear the 'primitive loin-cloth' (Müller, ib. p. 297), or the sleeveless coat, as this allowed full freedom of movement for both arms and legs" (bold emphasis mine). Also the Encyclopedia appears to say it was the "more luxurious classes of society— e.g., women of royal blood (2 Samuel 13:18,19 ) and men of leisure—[that] wore tunics with sleeves" (ibid), not necessarily other classes.

Are these sources accurate in saying that the kuttoneth was sometimes worn without sleeves? If so, then is a person not inherently guilty of Ervah when wearing sleeveless clothing, at least not in the Tanakh? Thank you!

Having checked the Encyclopedia's source (Müller, Asien und Europa, pg. 296), I can definitely say that this view is based on the Beni Hassan mural. For those unfamiliar, here it is:

The mural depicts a Semitic (per Academic terms, not Biblical terms) caravan on the way to meet with a certain 20th century BCE Egyptian official. As can be seen, no one here has sleeves. Whilst there are some, like the Encyclopedia (which was written, by the way, way back in 1901...), that hold that this is definitive evidence that all ancient Semitic people dressed this way, there is evidence to the contrary. For example: 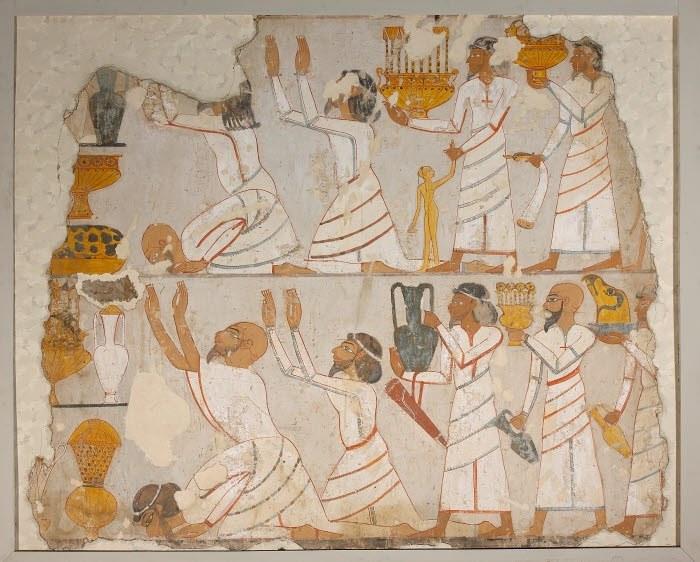 These are identified as Levantians visiting Egypt in the 15th century BCE. 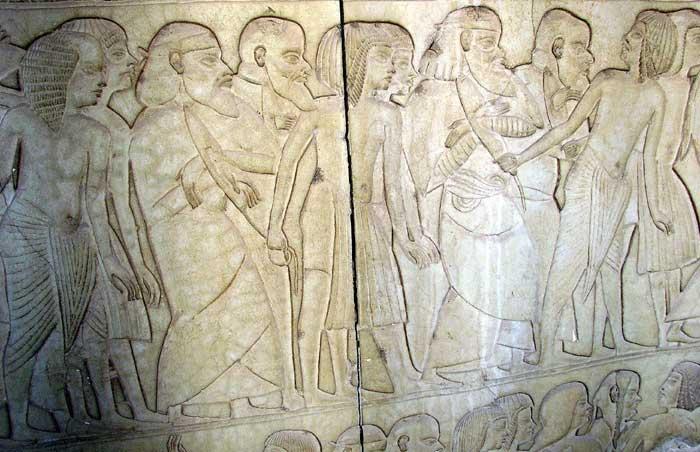 This image shows Asiatic prisoners led to Egypt. One of them definitely has sleeves. The others are at least wearing shirts (given that their navels are not depicted, as opposed to the Egyptians). This inscription is from the 14th century BCE.

For some more examples, see here and here. Whoever authored this article in the Jewish Encyclopedia would have been aware of at least some of these examples, as some are brought by Müller, though he used them to prove his theory of the gradual "elongation" of clothing in the Middle East.

Now, although the oldest image currently known, that of Beni Hassan, does depict sleeveless clothing, this may not necessarily accurately reflect reality. As Dr. Rachel Kreiter wrote:

"it’s important to remember that Ancient Egyptian art does not employ realism as we understand it. Due to their use of the “aspective,” a focus on the most important view of a subject, Egyptian people are seen with distorted proportions that do not add up to a realistic human form. Information about what the Egyptians wore has to be extracted, carefully, from the art...It’s important to remember that these were images of non-elites and children as privileged adults wanted to see them for the purpose of expressing their own self-perceptions. This doesn’t mean such images are inaccurate per se, but does indicate care in interpretation...As for what the ancient Egyptians actually wore in this period...Egyptian men and women wore baggy tunic-like garments. Women sometimes wore detachable bodices and sleeves. Descriptions of clothing on itemized legal documents can be very general, including vague-sounding cloaks, sheets, and loincloths of thin and/or fine cloth..."

It seems that the Egyptians often exaggerated greatly their art. Foreigners, for example, might have been depicted in a certain way to emphasize their exoticness, perhaps. But just as the average Egyptians wore much more modest clothing than those that they were usually depicted with, it's quite possible that even the Semitics from the 20th century BCE wore more modest clothing than that which is depicted in the Beni Hassan tomb.

And as Dr. Pnina Galpaz-Feller wrote (my translation):

"Despite all of the attempts to recreate the coat of many stripes, it is difficult to determine with certainty what it looked like."

One last thing to note is that Avraham and his family were not Canaanites. They were Hebrews who came from the area of Mesopotamia, an area with cooler temperatures than Canaan, thus it is more likely that they wore longer clothes than the Canaanites, and probably continued to do so during their wanderings, to preserve their Hebraic roots.

I will therefore say that the conclusiveness of the sources you brought seems questionable, and in my opinion, it is more likely that the Hebrews, and later the Israelites, did in fact have sleeves (short ones at the very least, as seen worn by King Yehu).

According to Rashi to Maseches Shabbos, the striped tunic (כתונת פסים) worn by Joseph had sleeves: The Talmud there says that what distinguished the coat of Joseph was two selaim worth of fine wool. Rashi seems to be bothered that two selaim is an insignificant amount. He brings a tradition from his teacher R' Yitzchak Halevi that the two selaim of fine wool were placed on the cuffs, and the word פסים comes from the word פס יד, or palm of the hand. (Chassidic Rebbes often wear special linings to their cuffs, called strokhes. See for example: 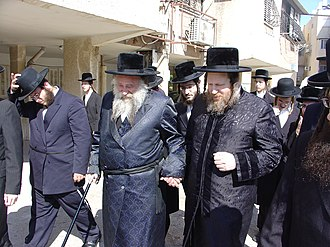 According to the Klein dictionary, this is the opinion of most commentators.

The classic book on the question of what is considered ervah is Oz veHadar Levushah. The section dealing with sleeves is page 291.

22
Did courts ever execute?
36
What are the sources for women to wear/ not wear pants?
3
Did most Hasidic men wear the shtreimel and kapote in Eastern Europe?
7
Can a woman ever wear a prayer shawl?
6
How common was polygamy in Biblical times?
4
Did men wear veils in Tanach?
12
Why did Jewish kings wear crowns?