Did the Jews speak Lashon Hara while in Egypt

In Vayikra Rabbah 32:5 the Midrash Rabbah is explicit that one of the reasons the Jews were redeemed from exile is because the did not speak Lashon Harah (slander) about each other while they were in exile.

"And they did not speak Lashon Harah, as the verse states (Shemos 11:2) "speak please in the ears of the people." We find that the matter was entrusted to them for twelve months and none of them slandered their fellow.

However, in Shemos Rabbah 1:30 the Midrash Rabbah is explicit that the reason the Jews were enslaved in Egypt was because they were speaking Lashon Harah.

"And our masters said in the name of Rebbi Alexandri, Moshe was thinking in his heart and saying, what sin did the Jews do that made them deserve to be enslaved more than any other nation? Once he heard this man's words he said, there is slander among them, how can they be fit to be redeemed? Therefore he said 'now the matter is known', now I know why they are enslaved."

Moshe thought they all spoke lashon hara.. but really it was only Dasan and Aviram. The rest of klal Yisrael didn't. (Kli Yakar Shemos 2:14)

The designation "Rabbah" was first applied to the midrash to Genesis, and then applied to the midrashim to the other books of the Pentateuch (Vayikra Rabbah, Shemot Rabbah, etc.) which were copied, with Bereshit Rabbah, even in (later) manuscripts. This collection eventually came to be called "Midrash Rabbot" (i.e., "Midrash of the Rabbot"), to which the midrashim most in use in connection with prayers—to Shir HaShirim, Ruth, Esther, Lamentations, and Ecclesiastes—were subsequently added.

Still more inexact and misleading is the term "Midrash Rabbah to the Five Books of the Pentateuch and the Five Megillot," as found on the title-page of the two parts in the much-used Vilna edition. After Zunz, it is not necessary to point out that the Midrash Rabbah consists of 10 entirely different midrashim.

So "Midrash Rabba" doesn't learn one way or another. Different Midrashim on the Chumash, which were eventually labeled "Rabba", took different positions on whether they spoke leshon hara.

(For completeness' sake I will add that he also brings from the Yefeh Toar that the two Midrashim are not in agreement with each other. I like the Zerah Shimshon's answer much better.) 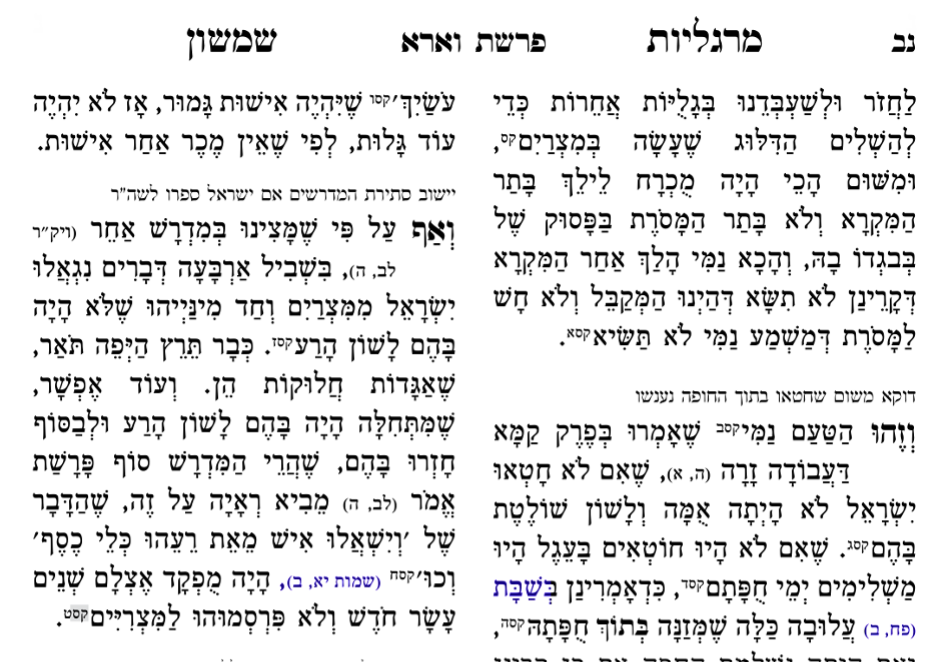