Looking for more information about this “Megillah”

My wife's grandmother passed away last year (and her grandfather many years ago) and my mother-in-law gave me this item she found while cleaning out their apartment: 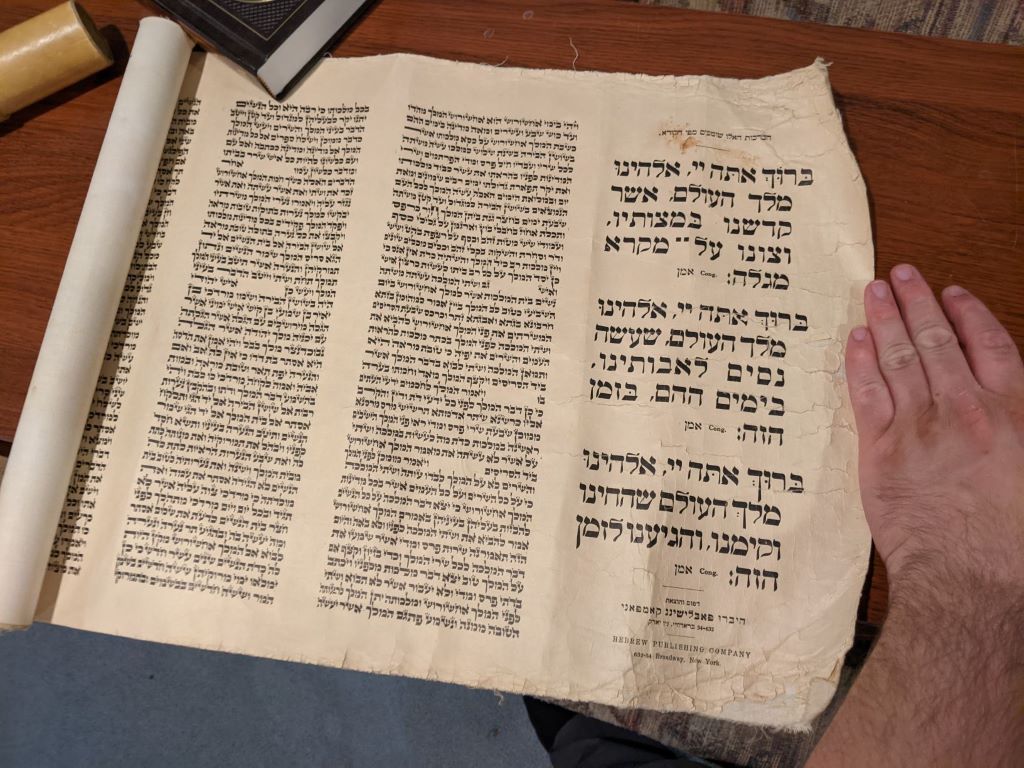 It appears to be printed (on an old printing press - there are ink bleed marks in a few places) on newsprint that is glued to cloth to give the illusion of being on parchment.

The case (a thick cardboard tube) says "Mishloach Manot from Yeshivat Rabbi Shlomo Kluger ZT"L", which I know was on the Lower-East Side on New York (now "Yeshivas Chasan Sofer" of Brooklyn). Inside, below the berachot, it says that it was printed by the Hebrew Publishing Company.

Here is a Google Photos album with pictures of the entire thing: https://photos.app.goo.gl/yhBt7YtNCi15Sm6r9

Observations from the pictures:

I am trying to find out more about this item, for several reasons:

Does anyone know anything about this item?

4
Anyone know anything about Shlomo Kluger Yeshiva?
3
Error in Old “Ktav” Edition of “Tikkun LaKor'im”

4
Looking for rabbinical books in Yiddish
7
Why do books say “ספר” on them?
4
Looking For HaMaspik
1
What's this book about?
4
Did Achashverosh know about Haman's hatred for Mordechai?
5
Reading Megillah when it's only Purim for the listener