Does the colouring of animals depend on what the mother sees before conception?

What is the meaning of the strategies (hishtadlus) that Yaakov made with the conception of the animals starting at 30 (37)?

Is it or was it a natural thing that the colouring of animals depends on what their mother recently saw? If not, what is the implication?

One of the answers the Mizrachi to Rashi on Bereshit 30:39 brings is that the sticks were just used to cover up the miracle. The angel appeared to Yaakov and showed him that all the animals would be born with the pattern that would benefit Yaakov. Yaakov then used to sticks to hide the miracle.

(The Mizrachi is addressing another issue, which is how could Yaakov be dishonest? Wasn't he cheating Lavan?)

However, based on the other answers the Mizrachi gives, we can see that the Mizrachi holds that the sticks do work to affect the coloring of the child.

Me'am Loez on this parsha actually talks about it.
Edit: After chasing down the source (יפ"ת דתכ"ב), I found the (hopefully) original in Medrash Rabbah.
This photo is from Me'am Loez. 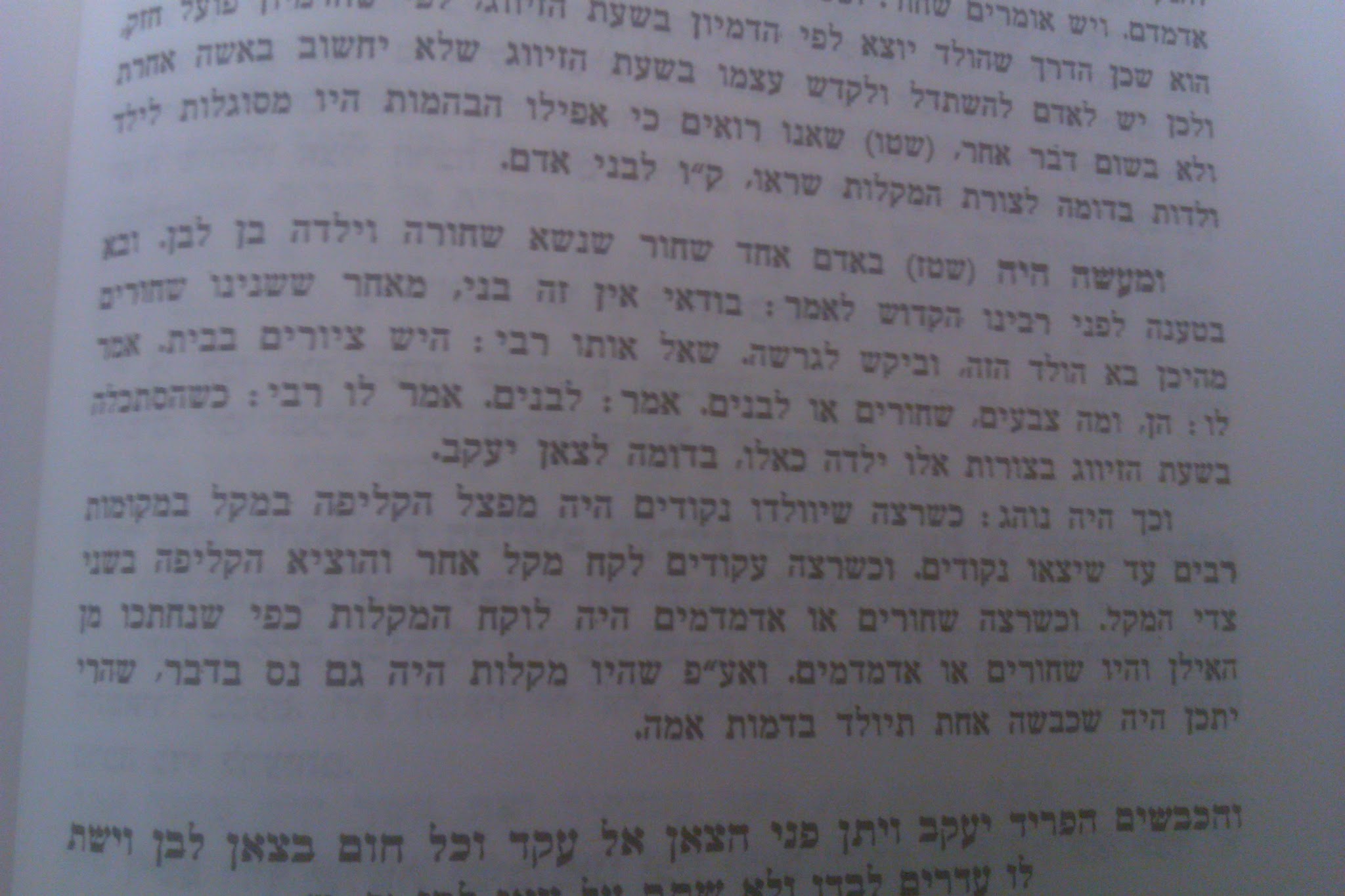 There was a story with a black man who was married to a black woman, and they had a white son. He came to Rabbeinu Hakadosh and said, "this is certainly not my son, since we're both black where did it come to be born this?", and he wanted to divorce her (for committing adultery).

Rebbi asked him: "Do you have pictures in your house?". "Yes", he replied.
"Are they of white or black (people)?". "White", he said.
So Rebbi said: "When your wife looked, during relations, at pictures like this, it caused a child like this", and its similar to Yaakov's sheep".

This would seem to mean that this is in fact a natural thing.

Additionally, as @avi reminded me, there are many references throughout Torah that what the parents have in mind, or look at, or where they are, during relations will strongly impact their child. The effects it can have range from looks (like R' Yochanan), to sicknesses, to the garments of the soul (Tanya, explaining Zohar and Zohar Chadash).

Rabbi Aryeh Kaplan quotes Kabbalistic sources that he was using meditation "to direct spiritual energy and actually to change the genetic structure of the sheep ... manipulating some of the highest spiritual forces that exist." Okay, as I'm neither a Kabbalist nor a bioengineer, I'll take his word for it ...

The simplest way to read the whole story (as I see it) is that whatever breed of livestock they had back then, two white sheep would occasionally give birth to a brown or spotted one. Let's assume that brown/spotted is the recessive trait, and white is the dominant one. So probability would have if both male and female sheep are carriers of the brown/spotted trait, there's a 25% chance the offspring will be brown/spotted. If so, when Yaakov is given a vision of spotted sheep mating, what he's likely seeing is a representation of the recessive trait (spotted) winning out each time. Effectively, Yaakov was doing a bunch of coin tosses and hoping to get heads every time.

Now it appears that G-d prefers to bend the rules of nature slightly more often than bend them drastically, and he does that more often than break them entirely. So here it's just a matter of tweaking the probabilities. If so, there are several explanations of what Yaakov is doing:

Regardless, the message Lavan is getting is that external influence makes a difference -- which further drives home Yaakov's point that it's best for his family to get out of Mesopotamia and go back their family in Canaan.

According to the Cartoon guide to Genetics, when the goats saw the reeds, they were predisposed to mate with other goats that had similar characteristics, causing an increase in the population of that type of animal. It also brings up the idea of this being an example of recessive genes.

I don't think that there is any one answer to this.

1) according to Shadal, indeed, the koach hadimyon (imaginative faculties) were at work in causing the coloring of the sheep.

By power of the imagination, just as it is well known that the imaginative faculties work for females and causes them to give birth to that which is imprinted forcefully upon their imagination. And see Bourdach in his work Physiologie (Leipzig, 1837), who brings many cases which were in this generation, which prove conclusively that the imaginative force works upon the fetus, not only at the time of conception, but also before the conception.

2) At the same time, he presents an alternate explanation by which the female sheep preferred male sheep which matched the pattern of the sticks.

He connects it with an idea put forth in Bereishit Rabba, though I am not convinced that that is the intent of that midrash.

3) I also present in the above link the opinion of Dr. Yehuda Feliks, that Yaakov Avinu knew modern genetics, before Gregor Mendel did. And thus, a way it can work in accordance with modern genetics. I don't find this last one entirely convincing.

4) Finally, my own position (with grounding in ideas by R' Yosef Ibn Caspi in general) is that Yaakov Avinu thought that he was accomplishing something, based on contemporary science. Of course, contemporary science was bunk. However, “Rabbos machshavos b'lev ish, va'atzas Hashem, hi takum.” And indeed, according to Yaakov's dream, it was Divine Intervention which caused this. Still, Yaakov did his hishtadlus, which was understood (by him and others) to be genuine hishtadlus based on the mistaken beliefs of the time.

Edit: I'll just add that HodOfHod's answer is legitimate, in that this presents the view of Chazal. They believed, based on contemporary science, that the imaginative faculties would have an impact on the fetus. And the story cited to bolster this is a indeed a maaseh shehaya. But in that maaseh shehaya, there was most likely indeed infidelity, and Rebbe resolved it incorrectly as maternal impression. See here for a contemporary parallel.

Not the answer you're looking for? Browse other questions tagged pregnancy-birth animals color science vayeitzei .

6
Why does the Torah seem to tolerate cheating esp. with Ya'akov and his sons?

1
How do we reconcile the order of creating animals betweeen Genesis and science?
8
Playing with a pet on Shabbos
11
What did the Jews' animals in the desert eat?
1
Considering feelings of animals
4
Is taxidermy kosher?
8
Why all the talk about colored sheep and goats?
4
Was man created before or after the animals?
3
Status of person with two different DNAs