Why don’t we have a Temple Guard nowadays?

In the Rambam’s Sefer Hamitzvos, he makes clear to us that the mitzvah of guarding the Beis Hamikdash is still applicable today: 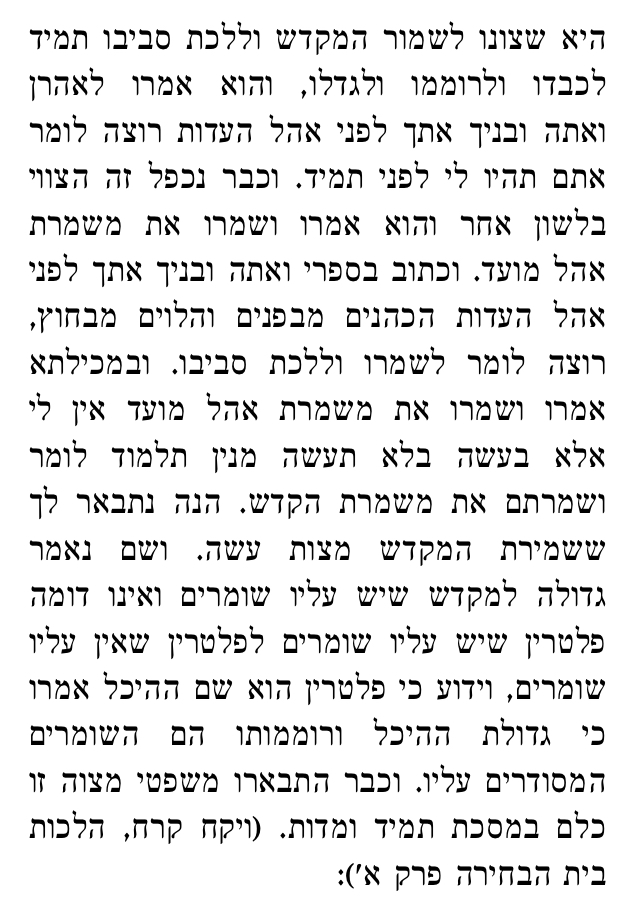 Why don’t we have a Temple Guard nowadays?

R. Hillel Moshe Meshil Gelbstein was the major proponent of the view that the mitzvah of guarding the Temple is still in effect today, and who campaigned to reinstate it.

In his Mishkenot LeAvir Ya'akov (Part I, p. 6) he makes the same inference as you do from Rambam's use of the word tamid:

However, it must be noted that this position of R. Gelbstein was not accepted by the major rabbis of his day, including Aderet and R. Avraham Bornsztain (later the Sochatchover Rebbe), who partially or wholly opposed his suggested innovations. Their letters to R. Gelbstein can be found towards the beginning of Mishkenot LeAvir Ya'akov Part II.

A nice summary of the many reasons suggested to oppose R. Gelbstein's opinion can be found in R. Yechiel Michel Tucazinsky's Ir HaKodesh vehaMikdash (Vol. 4, Ch. 4).

And it [the mitzvah of guarding the Temple] applies during Temple times.

"Tamid" means constantly, not for all eternity. As long as the mitzva was relevant there has to be a constant honor guard, but with no Temple, the mitzva cannot be observed.

Two reasons (there may be more)

(1) I don't see where the Rambam makes clear to us that the mitzvah of guarding the Beis Hamikdash is still applicable today. The Rambam seems to be saying the opposite.

The Rambam (Beis Habechirah 8:1) says the guards were not security guards. They were honor guards. In the absence of the Beis Hamikdash what function would they have? Even when the Beis Hamikdash was standing there were no guards during daytime hours (Rambam Hilchos Beis Hacheira 18:2) Some suggest that was because the Avoda gave enough kovod that honor guards would have been superfluous.

Most of the locations the guards stood at like the gates and outside corners of the Beis Hamikdash don't even exist anymore.

(2)The guards mentioned in the Misna were standing on the Har HaBayis. Due to issues of Tumah we are not allowed to go on it today. In fact Rashi Bamidbar 18:2 says the reason the Levim stood guards to begin with was to prevent those who shouldn't be entering the area from doing so.

In the old translation of Perush ha-Mishnah at the beginning of Tamid, it said that this mitzvah was fulfilled in the midbar, in time of Shlomo, ועד לעולמי עד. In this translation it sounds like the mitzvah does apply at all times. However, in the Machon ha-Maor edition of the Perush ha-Mishnah, it reads: ובמהלך הדורות. This gives no indication that the mitzvah applies today.

As long as the Israeli government and people are not trying to build the Beis Hamikdash, and are complaisant with the site remaining a holy site for the Muslims and effectively not for the Jews, how can we be expected to stop the wrong people from approaching? That goes against the entire idea of modern religious tolerance. And that would require a theocracy. We sold our city and religion to democracy.

Not the answer you're looking for? Browse other questions tagged rambam beis-hamikdash .

8
Can one bring a Korban nowadays?
3
Comparrison of Tefillin to the Beis HaMikdash
5
Movie picturing the destruction of the holy temple?
6
Were there Bigdei Leviim (and if not why not?), what did the Leviim wear in the Mishkan?
3
Rav Yosef Caro's lack of Sefer HaMitzvos
3
How to reduce Sinas Chinam
10
Temple Institute menorah