Wheat crackers that are ha'adama

Paskesz (a brand that makes lots of kosher Jewish food in the USA), makes wheat crackers. The crackers are 99% wheat (per the ingredients label). While most wheat crackers require the blessing of mezonot, these are specifically labelled as needing the bracha of ha'adama. What is Paskesz doing (or as I suspect is the case, not doing) to these crackers such that they're ha'adama? 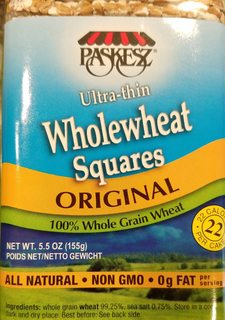 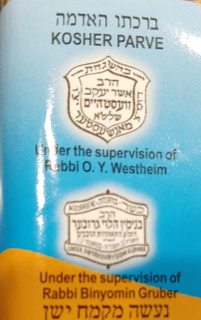 Refer to this communication between Dayan Westheim zt"l and Rabbi Yehoshua Kaganoff here on p.64. The full letter is very enlightening and sheds light on their production/manufacture and the resulting halachic breakdown:

It is worth noting that the argument for them being ha'adamah is as follows:

Regarding the proper Brocho on the Paskesz product of Wheat Squares: Thank you for describing to me their production processing, i.e., complete whole wheat kernels including their bran are placed between two metal plates approximately 3/4 inch distant from each other and then they are heated until they pop. Simultaneous to their popping they become fused together to form the "pattycake"-like format as it appears when it is marketed.

I had posited that this would be equivalent to a cooking process "bishul" of whole wheat kernels until they completely disintegrated and adhered to each other of which the MB 208:3 (end) states that the Brocho is Borei Minei Mezonos. You countered that all of this discussion in the Shulchon Aruch and Acharonim revolved about only a liquid based processing but a dry process such as the puffing/popping of the grains as described above would not engender any discussion or dispute and would unanimously be Borei Pri Ho'Adomo.

Not the answer you're looking for? Browse other questions tagged blessing food .

7
Papaya - Ha'Etz or Ha'Adama?
5
Machine shmurah whole-wheat matza?
5
What bracha do you make on veggie straws?
7
What bracha is Seitan/wheat gluten?
1
Are chips covered by Hamotzi?
0
Japanese Ritz crackers and OU certification
7
Is there a bracha achrona called “Al Ha'Adama”?
2
May one soak bulgur wheat on Shabbat?
3
Why isn't “Borei Minei Mezonot” the “general bracha”?