How did they use to sleep in the shul?

In Eruvin 74b.2, the Gemara rejects a proof by saying:

The Gemara rejects this proof. Actually, you can say that Shmuel accepted Rabbi Elazar’s objection and retracted his opinion, and here there was a synagogue attendant who would eat bread in his own house that was located elsewhere, but would come and sleep in the synagogue, which was open to the alleyway.

My question is on the bold parts. There is a halacha in Orach Chaim 151:3,

So how can it be that the attendant would sleep in the shul?

The Shaarim Metzuyanim Bhalacha page 264 writes that it is lav davaka that he slept in the shul, but rather slept in a room near the shul. 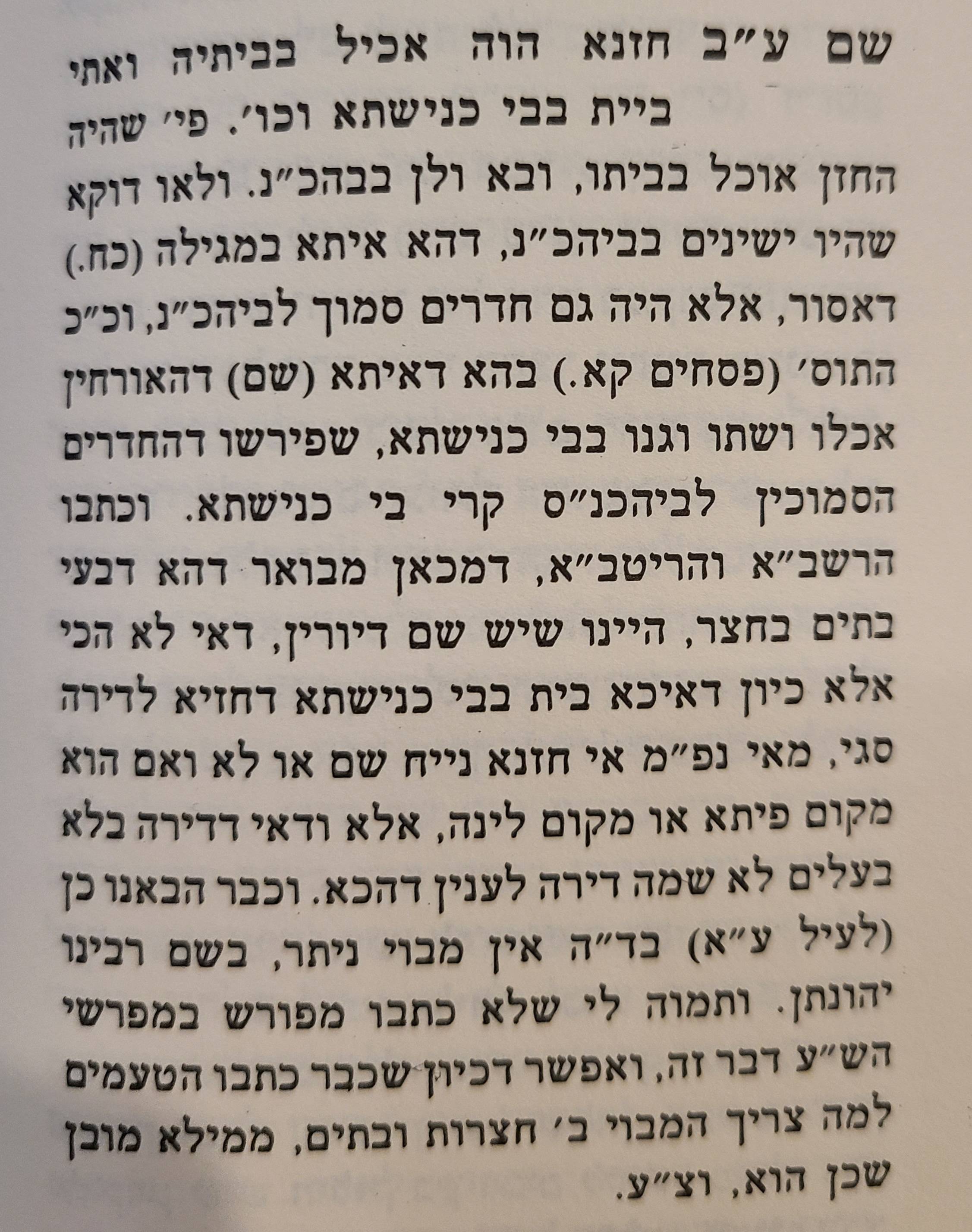 It is worth noting that a talmid chacham is allowed to sleep in shul.

The Mishna Berurah over there on the Shulchan Aruch that you cite writes:

Don't sleep etc. - We are dealing with normal people, but for Torah scholars, we have already explained that it is permitted. *

So conceivably, if this attendant was a talmid chacham then it wouldn't have been a problem.

*An interesting example of this is a fascinating story related about Rabbi Yehoshua ben Levi and Eliyahu HaNavi in the Sefer Maasiyos of Rav Nissim Gaon (starting on the bottom of pg 9).

It is brought here in English and they attribute its authorship to Seder HaDoros, 'Erech R. Yehoshua ben Levi', sec. 4 (p. 192).

The story relates at some length how Rabbi Yehoshua ben Levi sought to shadow Eliyahu HaNavi so that he could learn from his ways. After eventually acceding to his request, the two go on their way. The tale (well worth the read!) talks about their travels and those they meet on their way. The pertinent part of the story plays out as follows:

Eventually, the two travelers arrived in a beautiful city; everything about the place reflected prosperity and opulence. They made their way to the shul. It was a magnificent structure, designed with elegance and taste. Everything, even the benches, was beautiful.

Rabbi Yehoshua ben Levi thought that they would have no problem receiving hospitality in such a town. But it did not work out that way. The people were not very kind. When the prayers were over, nobody approached them to ask where they planned to eat or where they planned to stay. Ultimately, they had to spend the night in the shul, sleeping on those beautiful benches, without eating supper.

This part of the story is on p.11 of sefer maasiyos:

Thus we see an early example of a talmid chacham sleeping in shul.

We find that it is permissible for anyone to sleep in a shul if there is a necessity:

For the needs of the synagogue, you can eat and sleep in it. From this reason, you can sleep there the night of Yom Kippur.

(It used to be a practice for most people to sleep in shul on the night of Yom Kippur (O.C. 619:6). To the best of my knowledge no one does this anymore.)

It would make sense that the chazan/shamesh would need to stay in the shul as a guard (for the sefer torah, etc.).

Not the answer you're looking for? Browse other questions tagged halacha synagogue sleep maseches-eruvin .

6
Why is there a Mezuzah in Shul
3
Could the minhag of lighting menorah in Shuls have developed from when guests would stay in Shul?

3
I sleep with tzitzis on. Is there any part of the body they shouldn't touch?
0
How cold is too cold to sleep in the sukkah?
4
Moving close to the Shul
5
Using a shul as a shortcut, when using rooms accessible only through the shul
4
Where did the idea of a shul kiddush come from