In "The Book of Kashruth" by Rabbi Seymour Freedman, he writes on p. 117 that "On Chanukah..it is customary to eat potato pancakes called latkes....These are eaten to commemorate the dedication of the women in the towns, hamlets, and cities of Judea who shared in the battle for freedom in their own special way by providing the Maccabee guerilla fighters with batches of potato pancakes as their staple food....The methods of warfare employed by the Maccabees in many ways set the pattern of guerilla warfare employed by future freedom-fighters. The Maccabees lived in the forests and the mountain caves, which gave them excellent concealment, but made food very scarce for them. The women of Judea, therefore, hit on the idea of giving them the kind of food which could be quickly prepared, readily carried, and did not spoil easily, in addition to being satisfying. The potato pancake or latke was the solution to the Maccabee food problem. It has been enjoyed by generations of Jews ever since." Do any traditional sources mention the Maccabees eating potato latkes as a reason for our current custom of doing so on Chanukah? And if not, did Rabbi Freedman simply conjure this out of thin air, completely ignorant of the fact that potatoes are a New World crop and thus would not be available in Eretz Yisrael for almost 2000 years after the Maccabees lived?

It's not Purim yet, but here is another account of this tale: 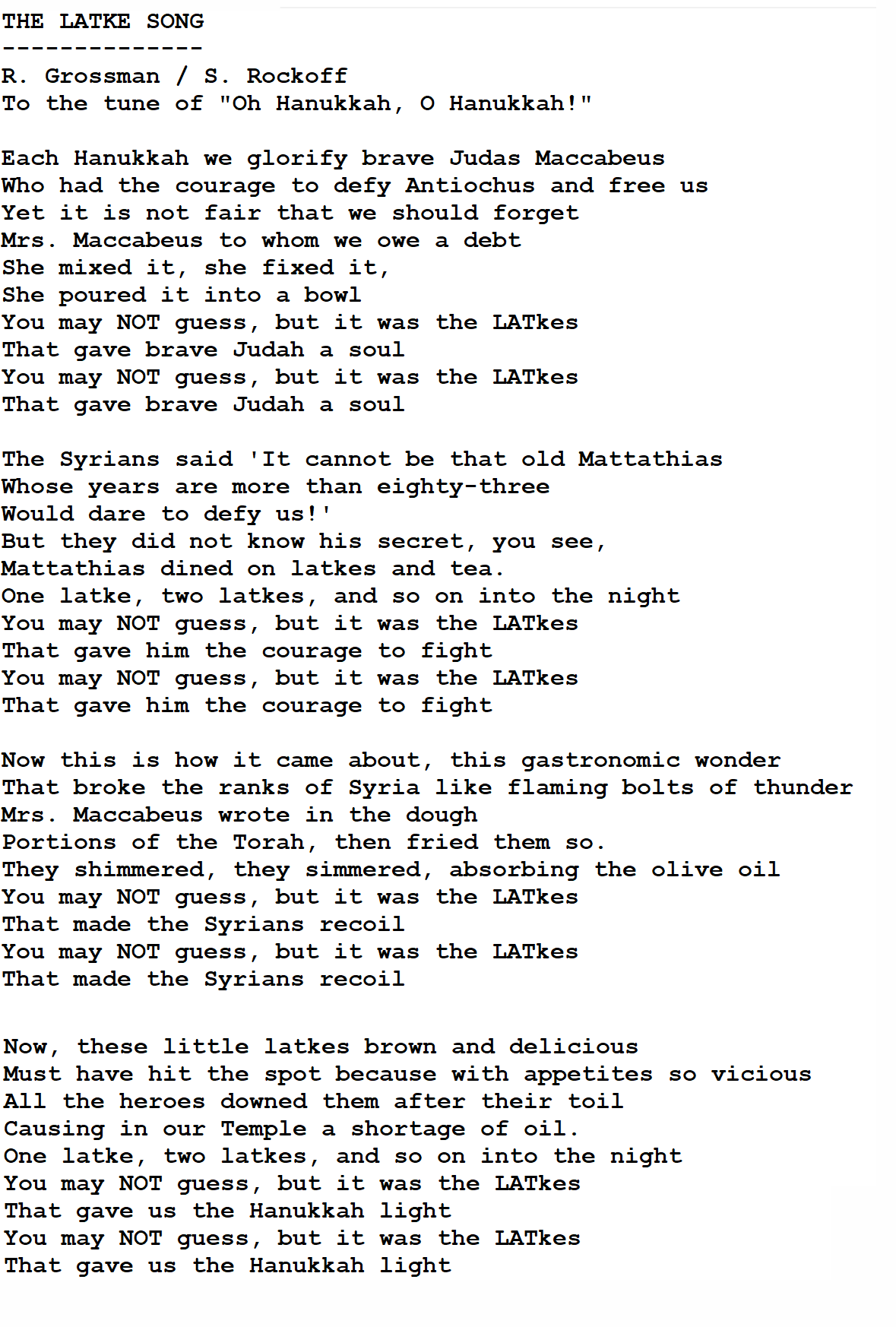 Not the answer you're looking for? Browse other questions tagged chanuka .

20
Why isn't the book of the Maccabees part of the Jewish canon?
5
How many Maccabees were there and what were their names?
9
Were the Books of Maccabees found in the Dead Sea Scrolls?
1
Rambam versus Ramban on Maccabees' taking the kingship from Yehuda
2
Maccabees and God's interaction
0
Is one allowed to transfer the oil between the Chanukah candles and frying latkes?
4
Latkes with applesauce
3
Is one "obligated" to eat donuts/latkes on Hanukkah (as to not deviate from customs)?