Does one need to kasher a pot that is kosher in all aspects except that kosher meat that is not glatt was cooked in it?

According to Rav Moshe Feinstein (Igros Moshe YD 4:6) it seems that using such utensils would be permissible without any kashering . He bases his opnion off the Rama in YD 64:9 which discusses a case where a community allowed a certain type of fat which others considered assur yet the keilim were considered fine for all.

Rav Eliyashiv also holds that all the keilim are permitted to use. Text of Igros Moshe: 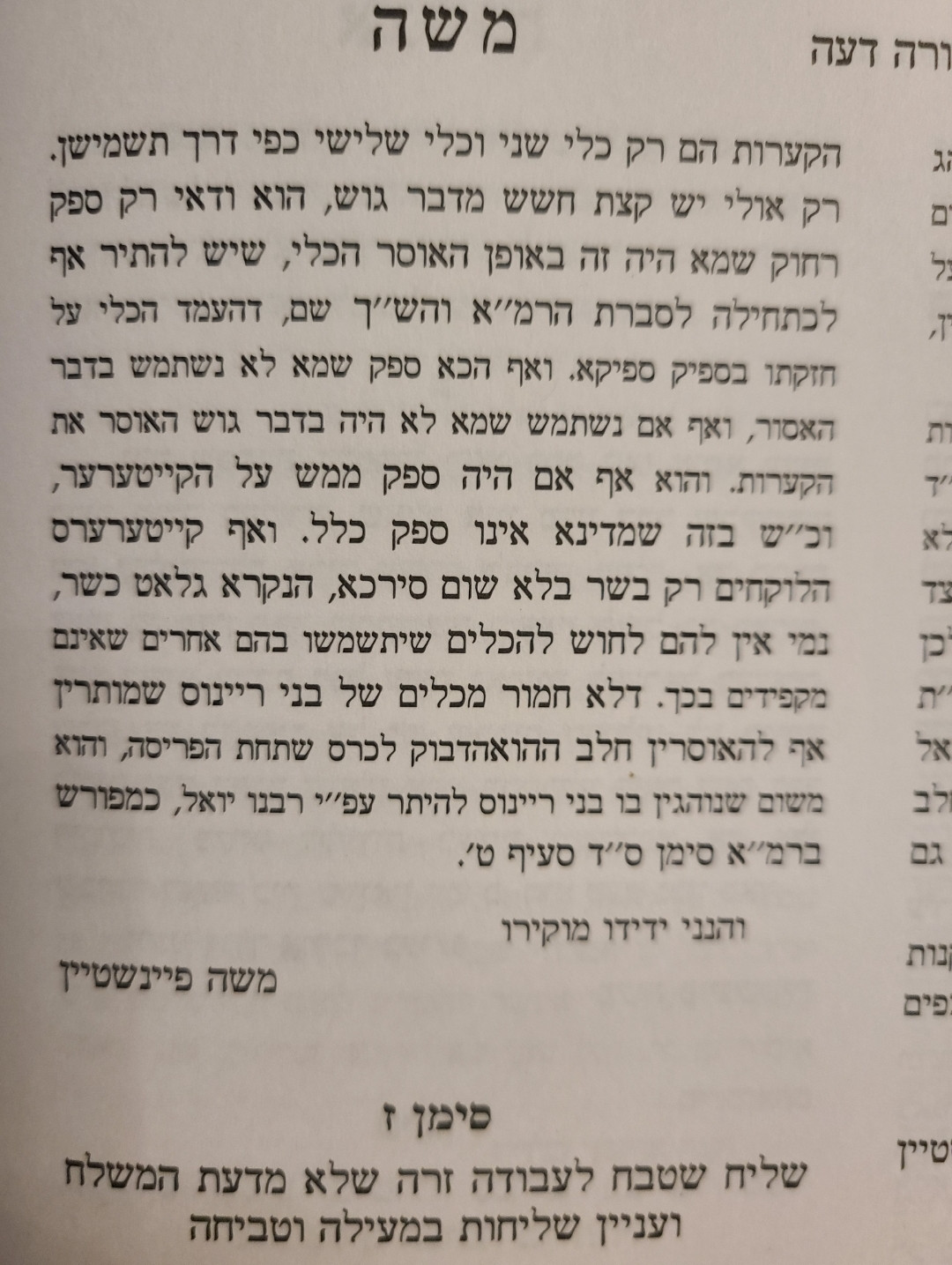 What is the justification for not requiring "chalav Yisrael" cooking equipment for those who don't hold by R' Moshe's leniency?

You really are asking if blyiot (absorbed particles that get reabsorbed in food subsequently cooked in the same pots) of non-glatt kosher meat are an issue for those eating glatt. The answer according to the below authorities is no.

One who is invited to eat in a place where they are not meticulous about eating only glatt kosher meat may eat there foods that do not contain meat although they were cooked in pots that are intended for cooking meat in them.

In other words, they are not concerned that non-glatt meat absorbed in a pot will turn glatt meat cooked later on in the same pots into non-glatt. As such you do not need to kasher the pot.

Not the answer you're looking for? Browse other questions tagged kashrut-kosher meat kashering-kosherization .

7
What is the justification for not requiring "chalav Yisrael" cooking equipment for those who don't hold by R' Moshe's leniency?
1
Should one kasher keilim used with Hebrew National?

5
How can I avoid Bishul Akum with a rice-cooker?
12
In what way is kosher chicken different from brined chicken?
5
Kashrut of rennet for cheese & Difference between rennet and gelatin
4
In kashering, can you leave utensils eino ben yomo *before* cleaning?
1
Why isn't this a violation of the halachos of nat bar nat?
3
Can Sefardim eat meat in the homes of Ashkenazim?
2
Koshering the celim that milchig bread was baked in
0
"Non-Kosher" wine vs. Other "non-kosher foods"
2
what’s better to have Unkashered or Trief liver