Is it permissible to learn Torah - for example, Mishnayot - l'iluy nishmat a non-Jew?

Rav Yaakov Hillel has a lengthy 20 page response on this in מקבציאל ל"ה where he summarizes the outcome of a ger doing things for his deceased non-Jewish parents as follows:

1 - A non-Jew has no neshama like a Jew, and therefore it makes no sense to say kaddish, learn Torah, or do any mitzva "l'iluy nishmat" a goy.

2 - One should have hakorash hatov to goy that helped them, and if they were not antagonistic to Judaism he should give tzedaka and daven that Hashem should reduce punishment for sins they may deserve.

3 - If they kept the seven mitzvos on Noach, he can add on a tefila that they should be able to enter the special Gan Eden set aside for such people.

4 - If they did not serve Avoda Zara, had good middos and surely if they were nice and helpful to Jews, one can daven that they should enter the gan eden for chasidie umos ha'olam.

[Rav Elyashiv is quoted in וישמע משה that it is a disgrace to have a goy's name on a torah.] 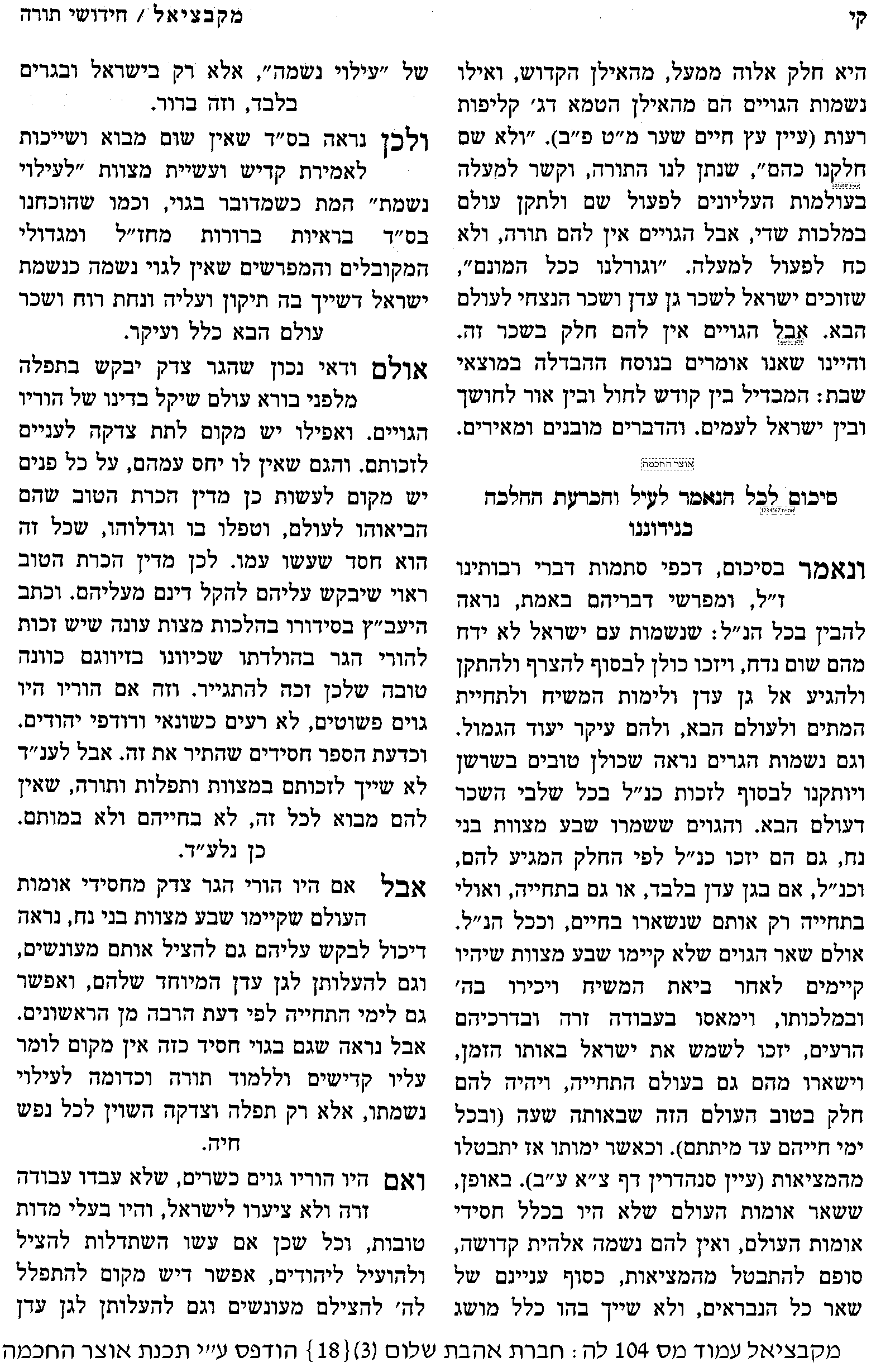 Not the answer you're looking for? Browse other questions tagged gentiles torah-study .

22
May (or should) a convert recite kaddish after his biological parents' deaths?

19
May one love a non-Jew?
5
What is a non-Jew's purpose in life?
5
May a ben-Noach ask a non-Jew for psak?
3
Are there any early mentions of the concept of "l'iluy nishmas"?
8
What are the parameters of the prohibition against a non-Jew learning Torah?
3
Learning Torah from a Non Jew
3
Non Jew and Torah Study