How does Orthodox Judaism view the Book of Jubillees

How is the Book of Jubilees regarded by Orthodox Jewry (I'm not asking if we believe it existed, but if we hold any of the information in it to be accurate).

Is it ever quoted by any of the commentators? Do they ever discuss it?

This Jewish Encyclopedia entry says that the book pushes a Sadducee viewpoint:

But it is especially upon the right observance of the Feast of Weeks that the Book of Jubilees lays stress, following the Sadducean practise in insisting that it be celebrated each year on the first day of the week in literal conformity with the words "the morrow after Sabbath" (ch. vi. 17-22; see Lev. xxiii. 15-16). It was to take place on the 15th of Siwan. It was celebrated in heaven from the days of Creation until God ordained it to Noah. On that day God made the covenant with Abraham between pieces of sacrificial beasts, as mentioned in Gen. xv., while Abraham offered the first-fruits of his tillage with other sacrifices (ch. xiv. 10-20, xv. 1-9; see Charles, l.c. p. 106, notes). Celebrated, also, by Abraham, as the Feast of the Covenant of Circumcision (ch. xv. 3), and by Isaac (who was born on the 15th of Siwan; ch. xvi. 13) and Jacob (ch. xxii. 1, xxix. 6, xliv. 3), the Feast of Weeks was renewed by Moses for all generations as the Feast of the Covenant of Sinai (ch. vi. 19).

There is a short account of the history of the book here.

According to Wikipedia, Jubilees was written in the later Second Temple era, well past the cut-off date for canonization in the Tanach. It was adopted by the Hasmonians (Chashmonaim), but despite the general Rabbinic dislike of the Hasmonians, it is not mentioned at all by "Pharisaic or Rabbinic sources," eg. the Mishna.

Since the book was not canonized in Tanach, was only utilized by early Christianity, it would appear to me to have been unknown to later commentators and rabbis.

In addition, the book contradicts many Midrashic interpretations, or the Biblical text itself. (See Encyclopedia Daat for details.) Encyclopedia Judaica notes that "The biblical text reflected in the work is not always identical with the Masoretic Text. In view of this, as well as several other points which also differ from the traditional interpretation, it is obvious that the author was not a Pharisee (nor do his halakhot represent any stage of "early halakhic development)." This lends further reason to conclude that it was either unknown or largely ignored by later commentators and rabbis.

Indeed, according to Wikipedia, interest in the book by Jews only began in earnest in the 19th-century.

However, it was not completely ignored. "Many of the traditions which Jubilees includes for the first time are echoed in later Jewish sources, including some 12th-century midrashim which may have had access to a Hebrew copy." The Jewish Encyclopedia provides more detail, stating that "although the work was scarcely known in Talmudic times, many haggadot peculiar to the Book of Jubilees found their echo in Midrash Tadshe and Pirḳe R. Eli'ezer," in addition to Genesis Rabbati. Encyclopedia Judaica adds that

"It is the source of the legend found in the famous liturgical piyyut ("Elleh Ezkerah") recited on the Day of Atonement, according to which Joseph was sold by his brethren on the Day of Atonement. The book had a particularly great influence over Beta Israel, whose ritual observances and whose calendar (particularly in respect to the date of Shavuot) are based upon it."

It may also have influenced the "Book of Jasher," which is the name of several apochrypal books, all composed in the Medieval era. (See Part 14 here.)

For details on the unique halachot presented in the Book of Jubilees, and their possible influence on Orthodox Judaism, please see:

Here's Aryeh Kaplan's entry to the book of Jubilees in the bibliography in the back of "The Living Torah": 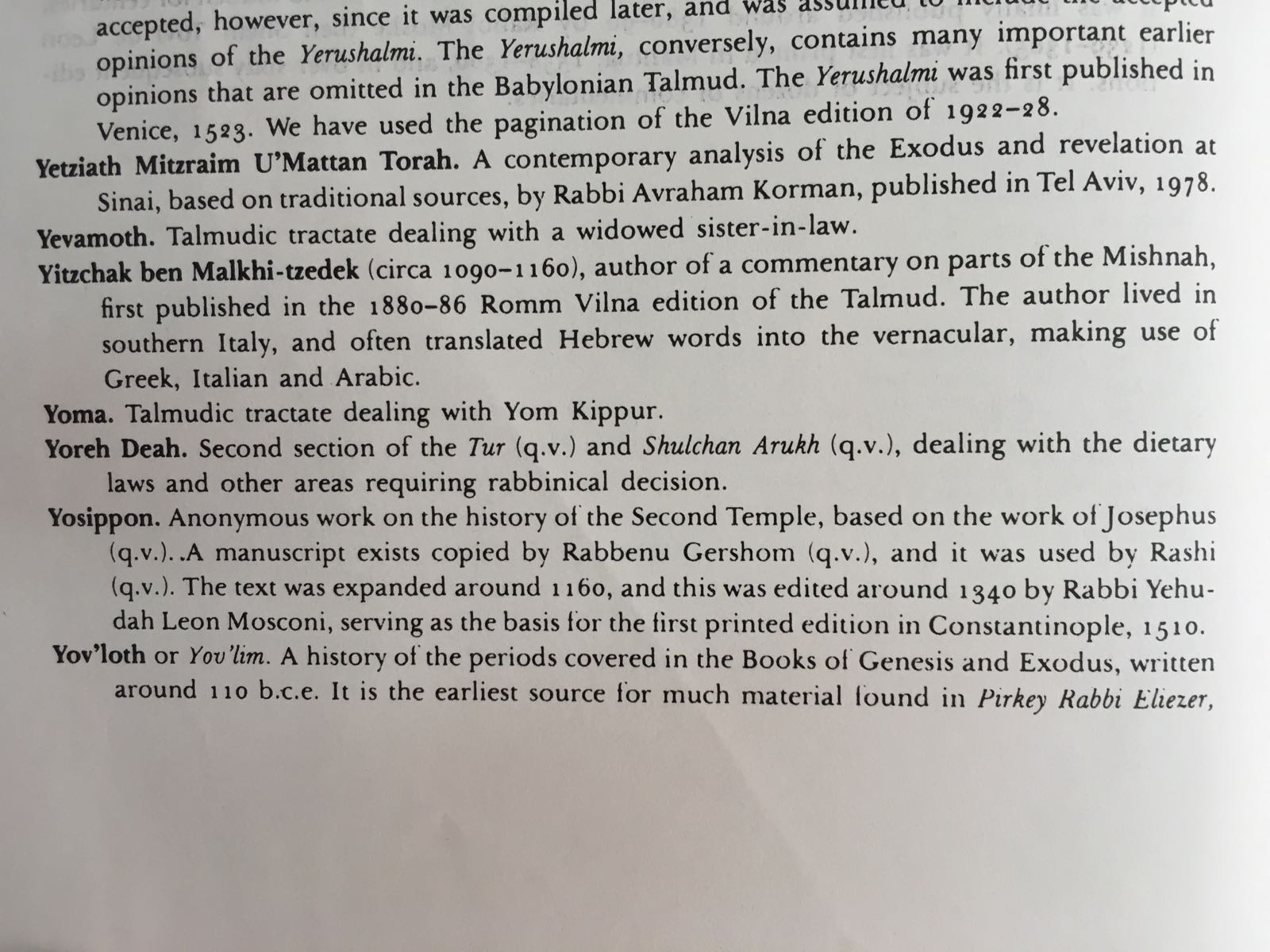 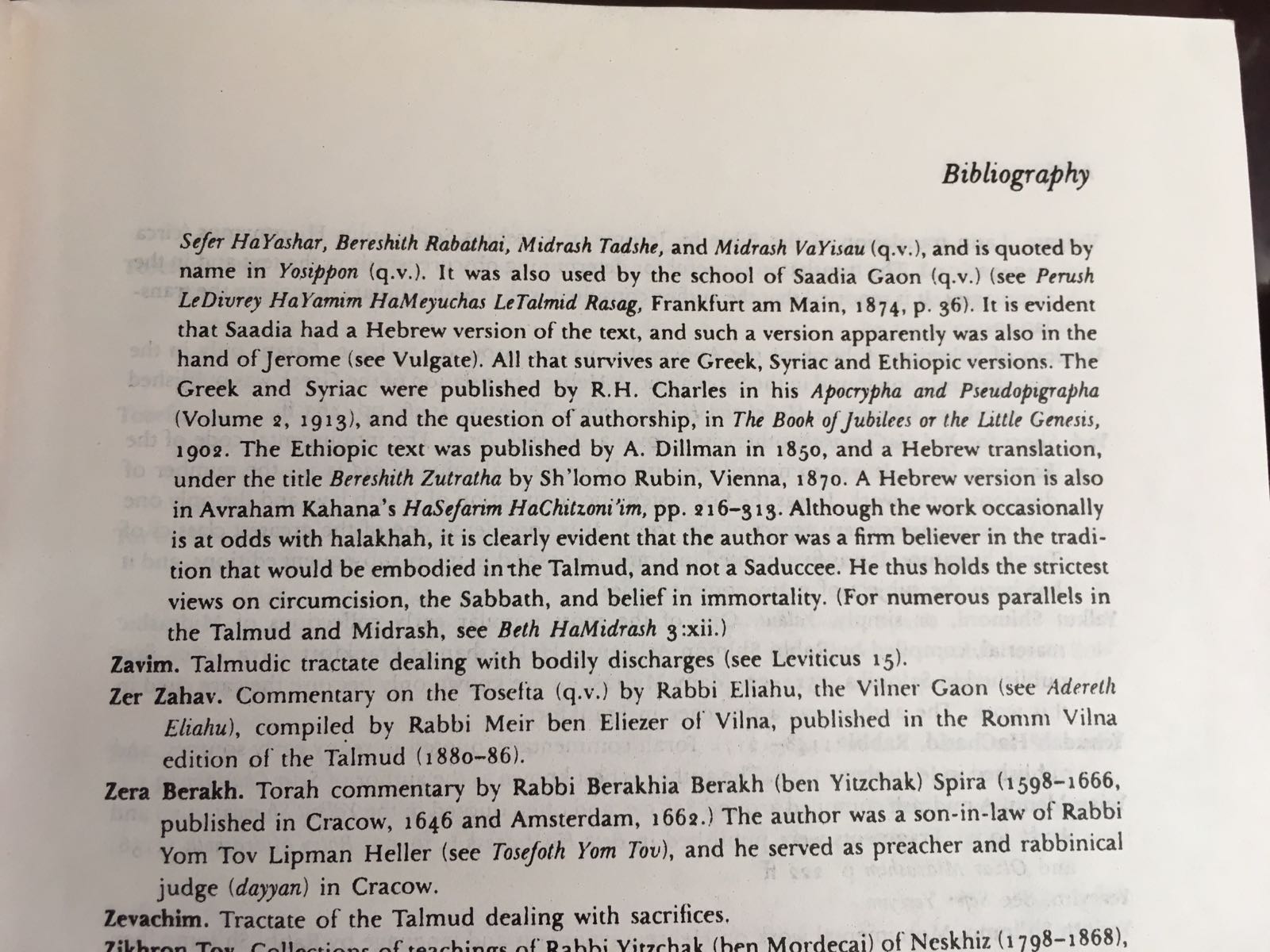 He claims that while the book is sometimes at odds with halacha, it is evident that the author was firm believer in Talmudic Law, and not a Sadducee. And that R' Sadya Gaon had a hebrew version of the text.

Not the answer you're looking for? Browse other questions tagged history parshanut-torah-comment books-generally heterodox sadducees .

5
“The Romans' Book” in Ramba"n
2
Differences between Orthodox, Conservative, and Reform Judaism
5
Does circumcision require an orthodox Mohel?
14
How does Orthodox Judaism view the Dead Sea Scrolls?
2
Does Orthodox Judaism Recognize Reform Conversions?
7
Is the Book of Enoch part of Judaism?
2
A good book on Monetary system of the Torah and the Talmud?
3
What exactly is the Mussar movement and how does it differ from mainstream Judaism?
0
How does Reform Judaism regard converts who leave Judaism?