Why do the last words in psalms 119:11 seem superfluous?

Psalms 119:11 in the Koren Jerusalem Tanakh appears (in English) to say: "Thy word have I hid in my heart, that I might not sin against Thee".

‏‏‎ ‎‏‏‎ ‎‏‏‎ ‎‏‏‎ ‎‏‏‎ ‎‏‏‎ ‎‏‏‎ ‎‏‏‎ ‎‏‏‎ ‎We know Chazal extrapolate incredible truths from Tanach once they find a verse that says something seeming to be superfluous. Thinking about them and writing this verse makes me wonder... ‎‏‏‎Is it necessary to end psalm 119:11 with the words "against thee" when it could have just simply said: "Thy word I have hid in my heart that I might not sin"‎‏‏‎...

...what is the (extra) meaning of the words "against thee"? 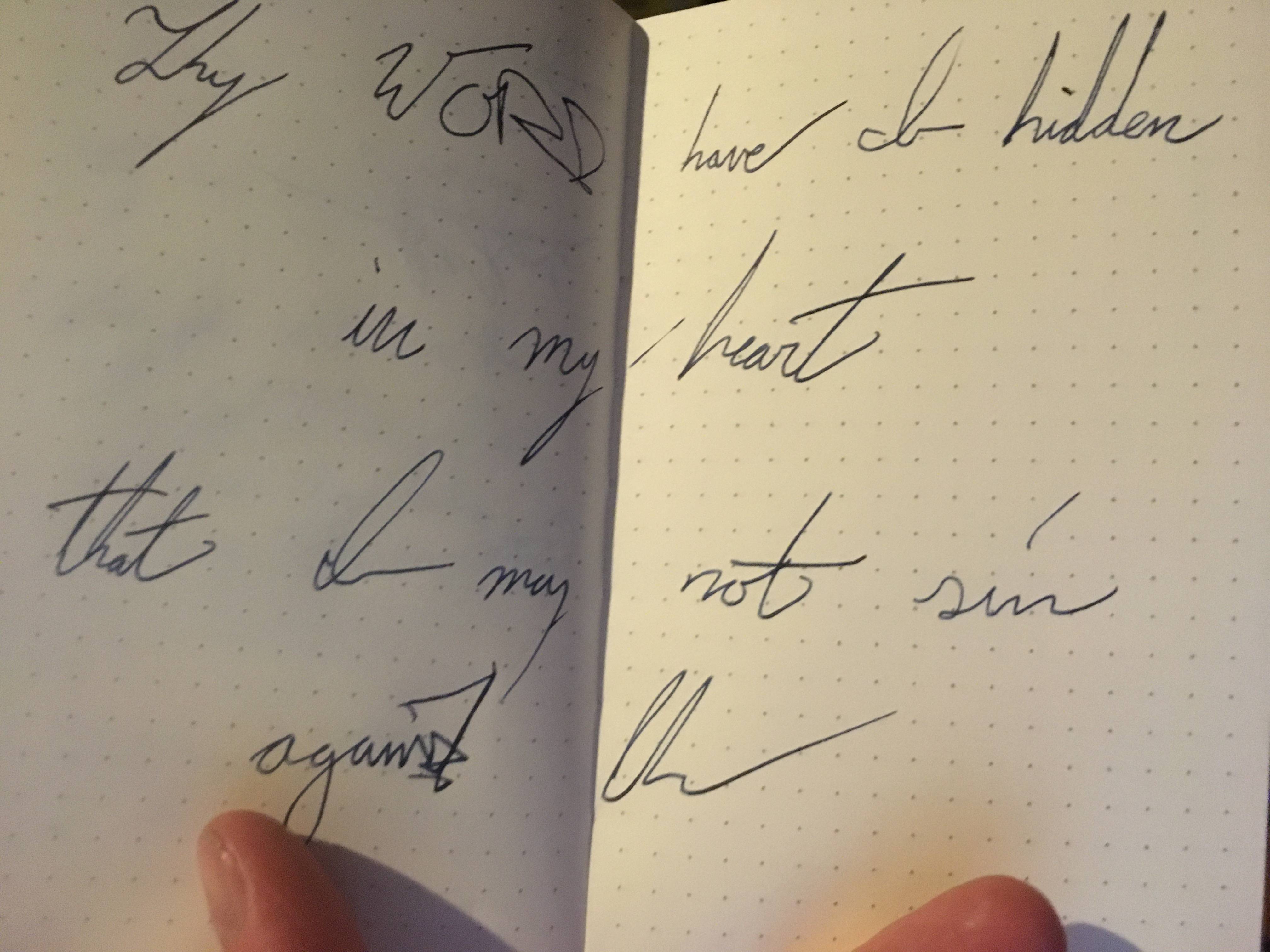 b) "That I might not sin against Thee." (effect)

Note that, in this sense, the expression "Thy word" (God's word= His Torah) parallels with "against Thee" (God, the One who gave the Torah). It appears that whitout "against Thee" the psalmist wouldn't be able to convey two major things:

2) to express the idea that the his sins which he is talking about is notedly against God (of Whom he mentions on both clauses). Otherwise, withouth these last words would give the impression of talking about the sins in general, as the ones bein adam lechavero.

Not being a learned man, I cannot refer to any sources, but I will speculate that these words are polemical and stem from the psalmist’s desire to differentiate himself from surrounding peoples and persons who would affirm - and presumably serve - ‘other gods’. I don’t know much about paganism, but I imagine all the false deities of the world were believed to have placed some demands on their devotees, making possible the idea of sinning against ‘another’ god. I think, in other words, that the psalmist is simply saying that it is Hashem’s Torah, and that alone, that he heeds, rather than any instruction that was said, by those around him, to have come from ‘another’ god. As I say, I am not especially learned, so welcome correction if anyone has better ideas.

Besides the poetic aspect mentioned above, there's an additional implication of the words "against thee."

The basic concept of sin is "distancing oneself from G-d." This is expressed clearly in how do teshuva/repent for sins.

It's not enough to stop doing the act, regret it and resolve not to repeat the bad act. We must verbally confess our sins. What's the text for the confession?

[How does one confess?] He states: ‘I implore You, G‑d, I sinned, I transgressed, I committed iniquity before You by doing the following. Behold, I regret and am embarrassed by my deeds. I promise never to repeat this act again.’”1 (laws of teshuva 1:1)

Likewise, on Yom Kippur, we repeatedly confess our sins and ask for forgiveness. One of the central confessions consists of a list of 42 sins. Each line starts off by saying על חטא שחטאנו לפניך... "For the sin that we have sinned before You… Some of the commentators explain (see the artscroll Yom Kippur machzor, in the back in their interlineated explanation, among other sources) that we don't just confess our sins. We emphasize that it was "before You." That recognition is very important.

Why? Because Judaism doesn't just view people by their actions; their intention counts as well.

A person who doesn't believe in G-d, but lights candles every Friday night because it's romantic, doesn't fulfill the mitzvah of lighting Shabbos candles!

(This is related to the concept of "mitzvos tzrichos kavana" a person needs to intend to fulfill a mitzvah while performing it. See here for more) details.

Therefore, Dovid HaMelech was not just being poetic in the verse. He wants to keep- not a torah, but Your Torah- in his heart. This will prevent him from sinning- not just doing a bad deed, but doing it so "in front of Hashem."

This is really the essence of all the Torah- to build a connection with Hashem through doing the mitzvos. See the first chapter of Mesilas Yesharim for more about this.

Not the answer you're looking for? Browse other questions tagged words commentaries tehilim-psalms .

3
Why don't translations of Tehilim 119 translate נשף like the Gemara?
3
Why are different psalms chanted differently in the Moroccan tradition?
3
Targum on Obadiah 1:3 a Reference to Rome?
1
The word Torah in the Psalms.
5
Are the Psalms for us?
2
Who is speaking in Tehillim Perek 32 Psukim 8 + 9?
8
Why recite the Psalms verses out of order?