Which of Hashem's name is the name upon whom Israel is called?

We read the following (from Chabad Website) in Divrei Hayamim II 7:14:

And My people, upon whom My name is called, humble themselves and pray and seek My presence and repent of their evil ways, I shall hear from heaven and forgive their sin and heal their land.

My question: Which of Hashem's name is the name upon whom Israel is called? Is "Israel" also a name of Hashem?

We are called "Yehuda/Yehudim" as our eternal name and it contains the [4 letters of the] sheim Hashem in it.

The Sfas Emes explains that it's G-d's name with an added letter Daled (ד) that represents our poor state in exile. The jewish people take shelter in the name of G-d so to speak

[poor nation]...and they shall find refuge In the name of the LORD.

Also see: Sotah 36b discussing Yehudah sanctifying the name of G-d and therefore having the full name of G-d in his name. 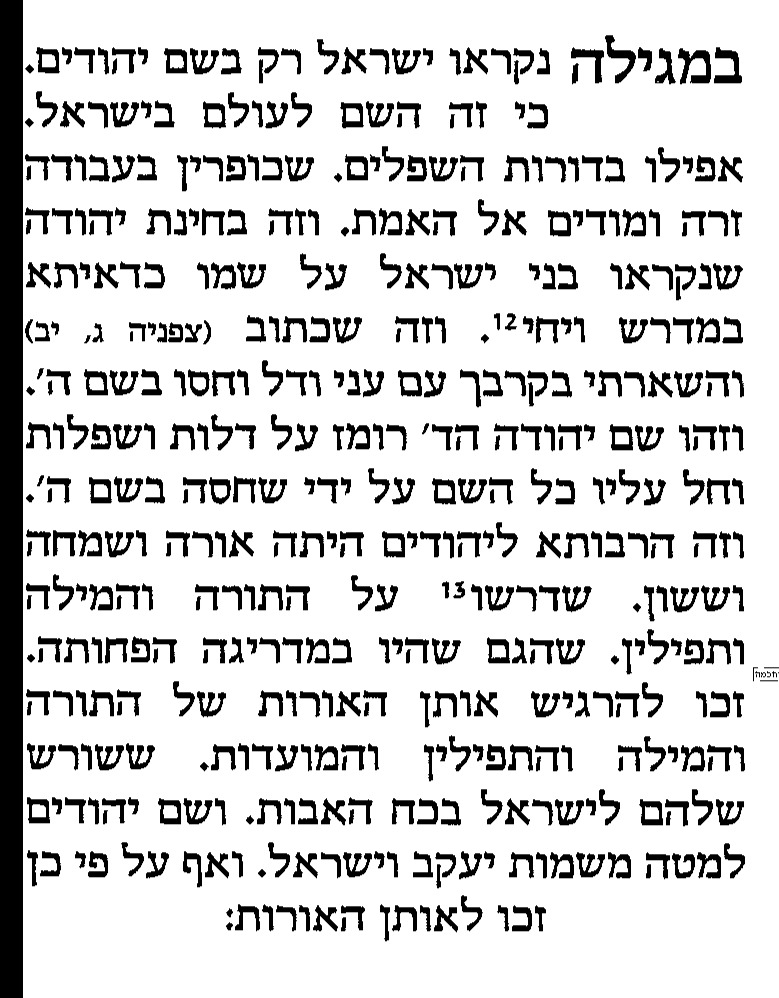 The English translation of your quotation:

would be better understood as, I will humble My people who (have the teaching of) calling My name by them. And they will pray and they will seek My face...etc.

This means that for prayers to be efficacious and answered quickly and in the best possible way, proper form and intention matters. This idea is expressed by Rabbi Yosef Gikatilla in his introduction to Sefer Shaarei Orah.

You asked me, brother, dear friend, to clarify in front of you a path about the names of the Holy One, Blessed be He, the Exalted and Almighty, to produce with them according your will and to reach through them the object of your desire. And by seeing that your intention is honest, and better than (simply fulfilling) your request, I must let you know which way will spread light (be spiritually profitable); namely, what is the way that HaShem Almighty desires or does not desire. And when you get to know this, then call HaShem and He will respond. And you will be closest to him. And love Him with all your soul, and rejoice on HaShem. And He will grant you the requests of your heart.

In this case, the Hebrew word 'שמי' used in the expression from your quotation is understood as a Roshei Teivot for the names which form part of the inner intention (kavannah). It stands for the names of the 3 angels which are to be intended during traditional Jewish prayer.

The names of these three angels are Shmu-i-el (שמועיאל), Metatron (מטטרון) and Yehav-i-el (יהואל). These angels also correspond with the actual chain of prophetic transmission to the Jewish people, namely Shmuel HaNavi, Moshe Rabbeinu and Eliyahu HaNavi.

This is a tradition which has been passed down through the Prophets to the present day and which has its origins all the way back to Adam HaRishon.

For a detailed record of the chain of transmission and the mention of these three angelic names specifically, see this link to the introduction to Sefer Brit Menucha which is one of the authoritative sources discussing this subject.(see also additional details on Sefer Brit Menucha and its author Rabbi Avraham ben Yitzchok of Granada/Rimon)

This same teaching is echoed by Isaiah the Prophet in 41:25 which says:

I have roused him from the north, and he has come, From the sunrise, one who invokes My name; And he has trampled rulers like mud, Like a potter treading clay.

And again in Isaiah 43:7 which repeats the concept:

And also in Zechariah the Prophet 13:9 who says:

This third example from Zechariah is the most clear reference to the concept that it applies to prayer.

This idea is also expressed in Sifrei to Devarim 49:1. G-d wants us to pray with proper intention which includes intending the system by which He has created the entire universe (meaning also intending the appropriate angelic names). But at the same time, it must be constantly remembered what is also expressed in the Sifrei just preceding this, namely by Hillel at the end of 48:12.

And thus does Hillel say: "One who makes use of the 'Crown' (for his own purposes) passes away" (from the world.)

This is referring to someone who tries to appeal exclusively to the angelic influences, something called binding names. Even though we are taught to have these intentions, we know we only pray to G-d. These intentions are simply proper form and etiquette.

Regarding your last question, the name, Israel, has an element that alludes to a similar structure to that of angels. But like is taught in the Zohar, Israel transcends the concept of angels. This is expressed through the statement that Israel, the Torah and the Holy One, blessed be He are all one.