Connection and significance between Esav and Yaakov's 4 struggles and the 4 Exiles?

What is the significance between the struggles with Yaakov and Esav's physical body and the 4 exiles Daniel revealed from Nebuchadnezzer's dream?

... The first empire - the Babylonian Empire - sought the importance of being considered "everything", as it is written in Daniel (Daniel 2:38) "you are the head of gold";

But the second empire [Daniel] said about it (Daniel 2:32) "its breast and arms were of silver". For this empire loved the accumulation of wealth, and 'the lover of money will never be satiated by money';

And the third Empire [Daniel] saw it (Daniel 2, 39) "Copper", because it was bold and swift to go and conquer distant lands, and therefore it's empire was aggressive and bold like copper which is bold;

And the fourth, its power was in its destruction, and therefore it is metaphored (Daniel 2, 40) to iron, which cuts and destroys everything.

It seems Yaakov struggled with Esav in reverse of each of these body references:

Additionally, Rabbeinu Bahya equates these 4 kingdoms to the 4 unclean animals pointed out in the Torah (Rabbeinu Bahya, Vayikra 11:4):

Midrash Tanchuma Shemini 8 points out that four animals are mentioned here in four separate verses to allude to four different empires which will play host to the Jewish people in exile. Verse four speaks of גמל, the camel, a reference to the Babylonian exile.

Concerning the hare, ארנבת, mentioned in verse six, this is a reference to the exile under the Medes, (Ahasverus).

In verse five, the Torah speaks of the שפן, hyrax.” (it has short ears and hoofed feet). This is a reference to the exile under the Greeks.

The pig, חזיר, mentioned in verse 7 is a reference to the Roman empire, the fourth exile, the one which we still endure.

Just for reference, there is a picture circulating around the internet that depicts the statue Nebuchadnezzer saw: 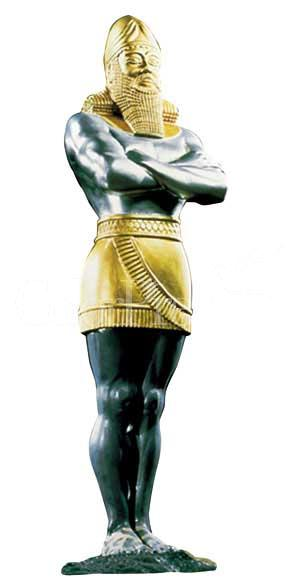