What is the platform on the side of Me'arat Hamachpela? 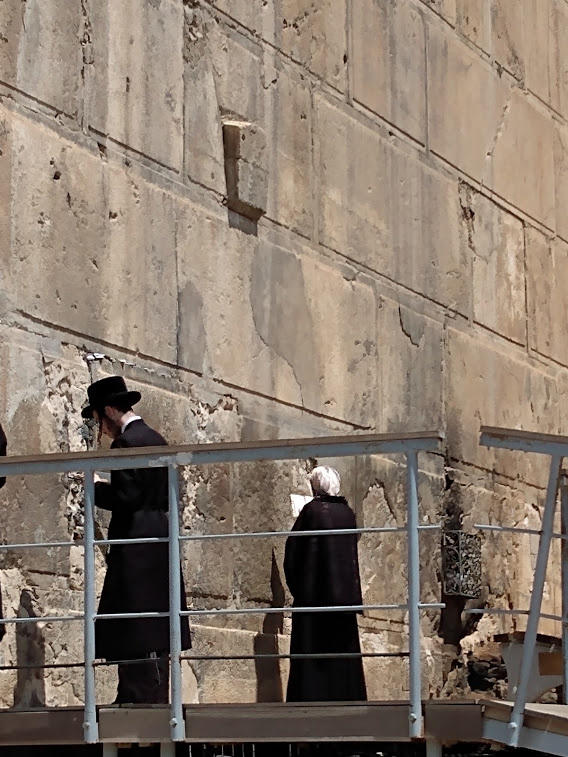 When I recently visited Me'arat Hamachpela ("Cave of the Patriarchs) in Hevron, I noticed that there was a ramp leading to a platform facing the outside wall of the building. A few people were praying there.

What is this about?

Before the six day war (starting around the 14th century), Muslim rulers forbade Jews from entering the Me'arat Hamachpela and instead only allowed them to go as far as the seventh step at the southeast. Therefore, this was the place where for many years Jews would come to pray.

After the six day war, we are now allowed to enter (at least on most days of the year). Nonetheless, it is still common that people pray at the seventh step. I have heard of two reasons that are given for this practice:

The ramp that is shown in the picture in your question is approximately where this 7th step used to be located.

Not the answer you're looking for? Browse other questions tagged eretz-yisrael architecture-design .

5
Rachav's home in the wall
10
Temple mount: wall around court of the gentiles?
2
Large gap in Sukkah wall(s)
3
Putting up scach before walls of sukkah
19
Why was the side door to the hechal unlocked so oddly?
1
Orlah safek (doubt regarding status) in Israel
5
Can one declare an area to be “not a shul” if it is in the same room as a shul?
3
How did the Kerashim / Beams of the Mishkan remain upright?
9
What are the halachic considerations that might come up when designing and building a house