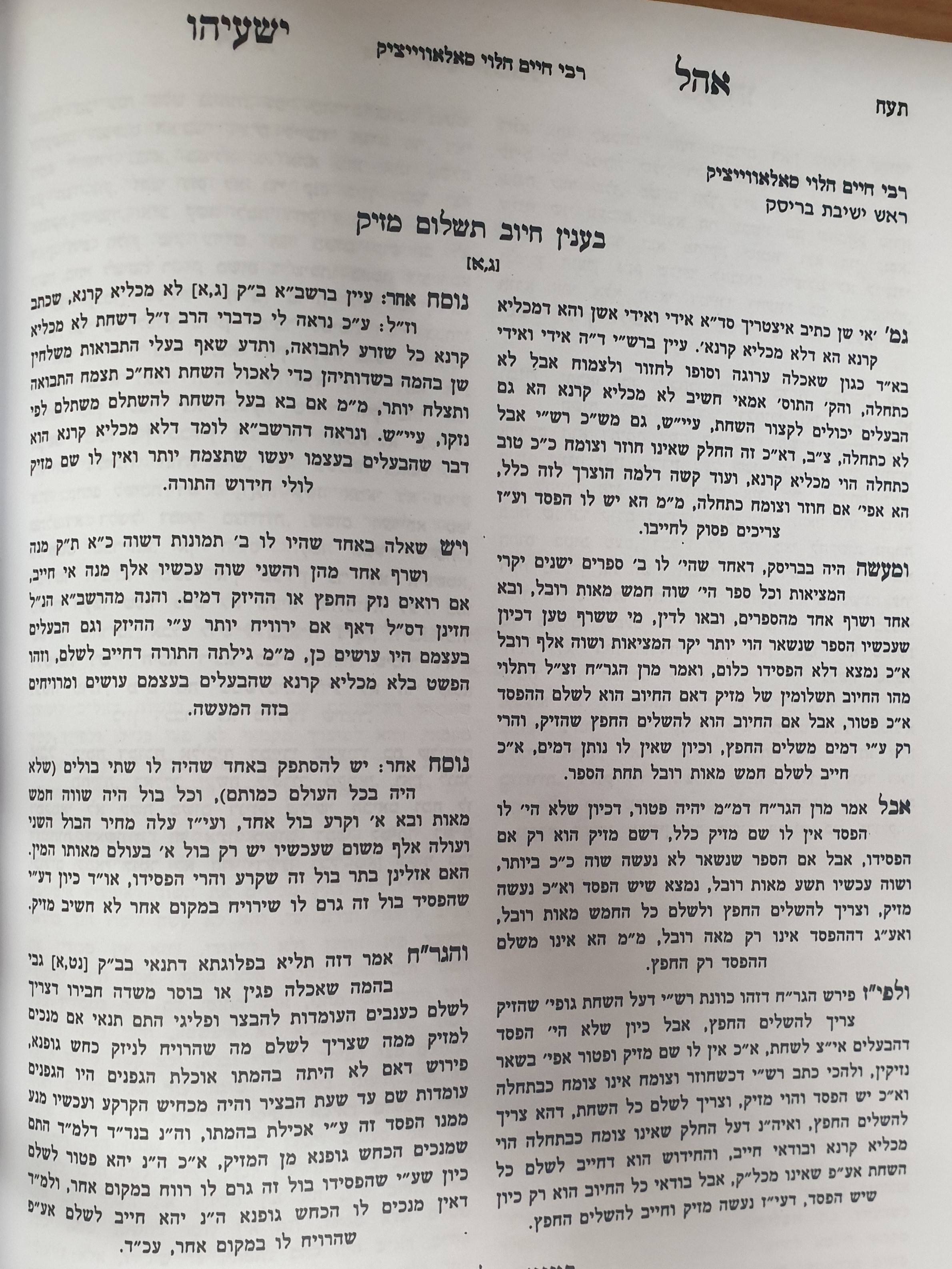 Like any library, Mi Yodeya offers tons of great information, but does not offer personalized, professional advice, and does not take the place of seeking such advice from your rabbi.
Visit chat

10
Do our sources address the question of intellectual property vs the public good?
4
Using a Stamp from an RSVP Card
1
How much is an ashkenazi kesuba today
4
Does a buyer owe a seller anything for a windfall that neither knew about at the time of the sale?
13
Being appointed to a jury in a case between two Jews
5
The question of euthanasia
6
Range of Five Payments
1
May one bill two clients for the same hour
1
Is lending cryptocurrency ribbis?