Do Samaritans go to Olam Haba? 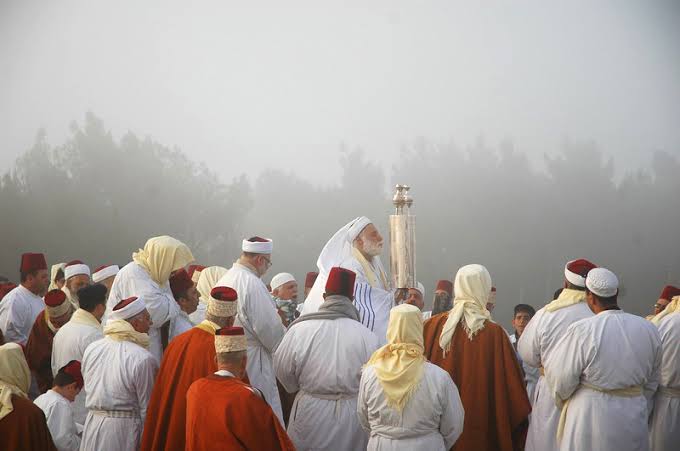 My question is if Samaritans go to Olam Haba. It would seem pretty obvious except for the fact they don’t recognize the Jewish people as Hashem’s Chosen. They also have their own slightly altered Torah, which I do not think would be allowed. The Samaritans of time past worshiped idols that they excused by not putting them “Before” Hashem. The Samaritans of past times also led Jews astray by defying the authority of rabbis or any rabbinic sources, while also in the end worshipping idols.

Samaritans are non-Jews (see here for details). I once asked a religious tour guide who has been many times to Har Gerizim. He told me that today "As far as anyone can tell they are complete monotheists".

As such, according to the Rambam, a Samaritan who would observe the seven mitzvot Bnei Noach is considered one of 'the pious among the gentiles' and will merit a share in the world to come (see Hilchot Melachim 8:11 as well as the end of Hilchot Tshuva 3:5).

This being said, we are not specialists of the Samaritans here on MiYodeya. To the extent that individual Samaritans would violate the rules of the Rambam in Hilchot Tshuva 3:6-13, this answer may change for these individuals.

[I don't know enough about the Samaritans or their beliefs, and in accordance with the MiYodea guidelines, my answer is not required to have any knowledge of other religions]

Although gentiles definitely can merit World to Come for their good deeds, it is unlikely that the Samaritans mention in his question will.

The Mishne in Sanhedrin (Chapter 10) writes:

If the Samaritans do not accept the Torah as absolute truth, and do not accept the validity of Hashem's Torah (having their own version will not help matters), then they go into the category of those who do not merit World to Come.

Do Hindus go to Olam Haba? Samaritans do not worship idols. They are our brothers. While they are not Jews, they are fellow Israelites. True, their Torah changed a bit, but they are still closer to Hashem's original Torah than, say, Muslims and Christians.

Anyone who keeps 7 laws or 613 (depending on if you are Jewish or not) gets Olam Haba.

Do Samaritans go to Olam Haba? Why not? They are partly Jewish in one regard and reject the Qur'an and the teachings of Christianity in the other. To suggest they don't would be akin to claim that the reform Jews/Karaites, though observant to their form of Judaism, do not make it to heaven, is absurd. For instance, Menachem Kellner believes that reform Jews are "true Jews" and should not be shunned from the Jewish community. It is not an all or nothing acceptance for them. Judaism, he says, relies on observance, not beliefs.

I would like to add that the Samaritans (not Zoroastrians) had a temple on Mount Gerizim granted by Alexander the Great, not Mount Moriah which was/is established by G-d. Like the Edomites and Pharisees before them, they also follow a form of Judaism, though their form is wrong, we should not ban them unless they support Palestine. I am a zionist. Unlike Zoroastrianism's Wise lord, G-d [Hashem] speaks to all people. All ages. And all Jews.

21
Is it permitted for a Ben-Noach be an atheist?
24
Can a Noachide continue to believe in religious tenets that are against the Torah?
14
Are Samaritans viewed as adherents of Judaism?
4
Does fulfilling the Seven Commandment of Bnei Noach depend on belief in the torah?

4
Guaranteed olam haba?
5
will the average person make it into Olam Haba
5
On the nature of 'Olam HaBa'
1
Will we litteraly see G-d in Olam HaBa?
5
How Shabbat is connected to Olam Haba?
1
Reward of Olam Haba?
3
Will Olam Haba eventually end?
1
Gan Eden vs. Olam Haba
1
Portion in olam haba and gilgulim