Will a mezuzah be kosher if installed by a non-Jew?

I'm wondering if a non-Jew simply does the hammering, whether the mezuzah will still be considered kosher so long as the proper blessing is said.

This video (after 1'30") reports a similar question was asked to R Yosef Shalom Eliashiv who brought a Maharam Shick that it was allowed for a non-Jew to put up a mezuza if a person is old/sick and can't do it himself. He argues the mitzva is to have a mezuza not to put it on.

However, others (the Sdei Chemed, R Shmuel Wosner) argue that putting up the mezuza has to be lishma, for its own sake, which only a Jew can do.

Since it is a dispute, the specific details of the case (e.g., the reason a Jew cannot hang it to start with, whether that Jew would be able to finish the hanging if a non-Jew helps) will be crucial and one should ask a rabbi.

A non-Jew should not put up a Mezuzah. If it was already put up by a non-Jew, most authorities rule that it should be taken down and reattached by a Jew. There is a question if a new blessing should be made [and therefore one would not make the blessing]. (שערי המזוזה טז/ ג הערה ו writes at length about this question.) 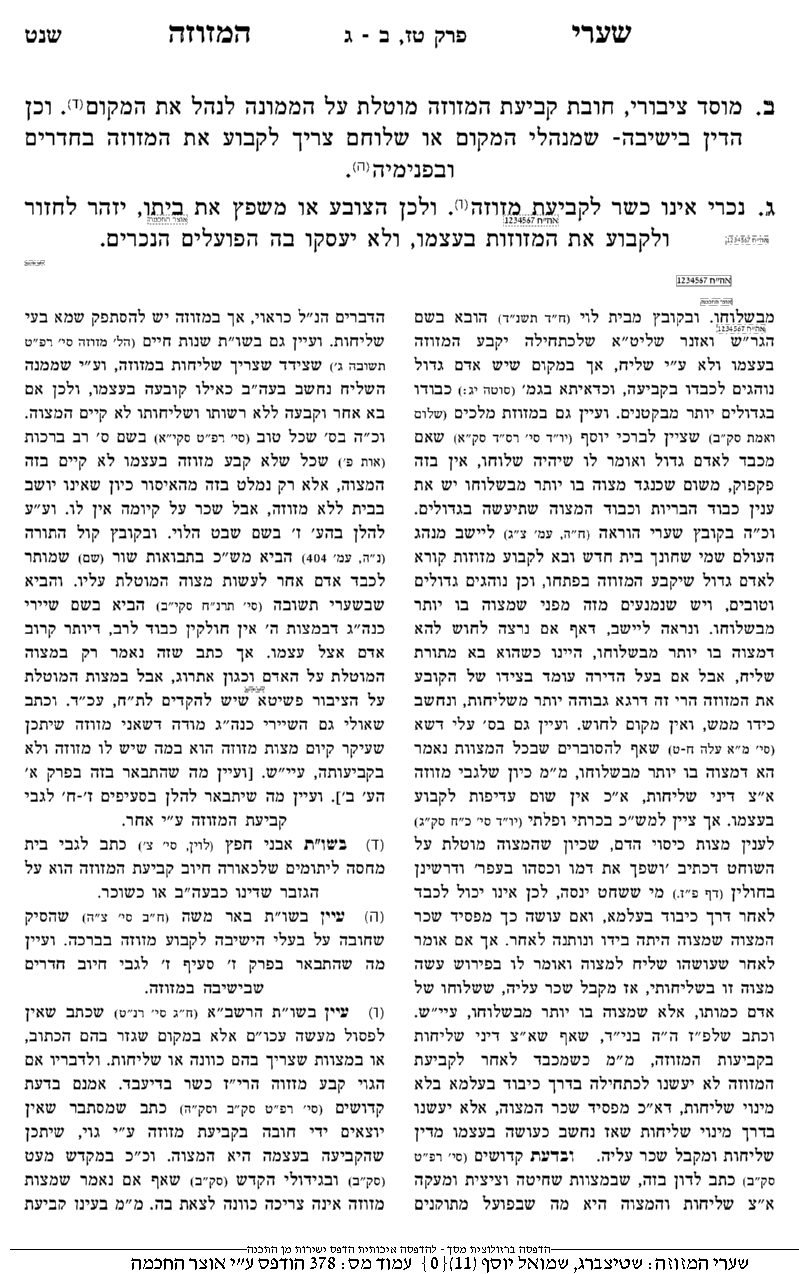 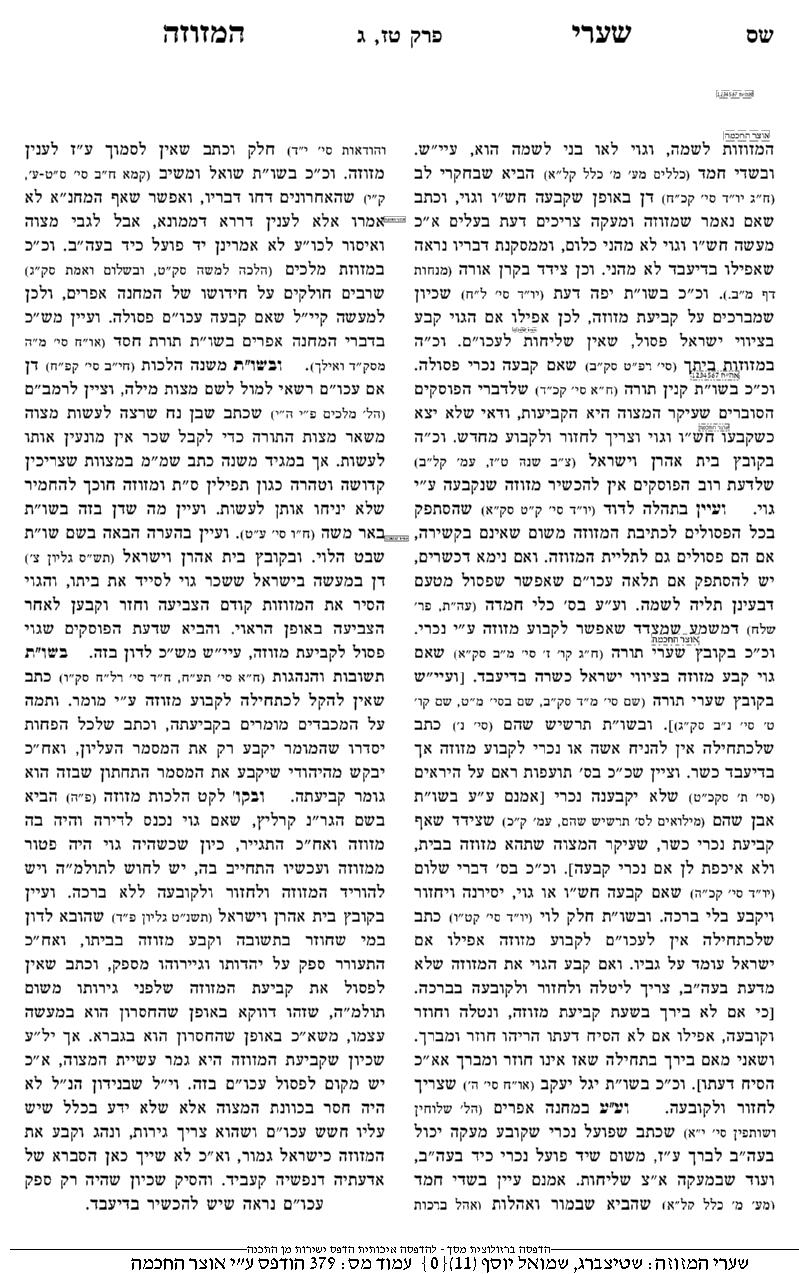 Not the answer you're looking for? Browse other questions tagged halacha gentiles mezuzah .

2
A non jew put a mezuzah back up, now what
10
How to go about finding a personal Rav

5
halachic status of a mezuzah with printed scroll
3
Equipment used for cooking by a non-Jew
10
How hungry does a Jew have to be to eat non-kosher food?
8
I have a Mezuzah on my door lintel, but am not Jewish. Am I breaking the law?
8
Mezuzah in the work place
0
What if a Mezuzah is mistakenly removed?
6
If you put up a mezuzah before 30 days, can you make a blessing?
12
Does a Mezuzah need to be rolled up?
4
Mezuzah - Gentile Home
2
Mezuzah on attic door