Rashi explains that he wanted to die. 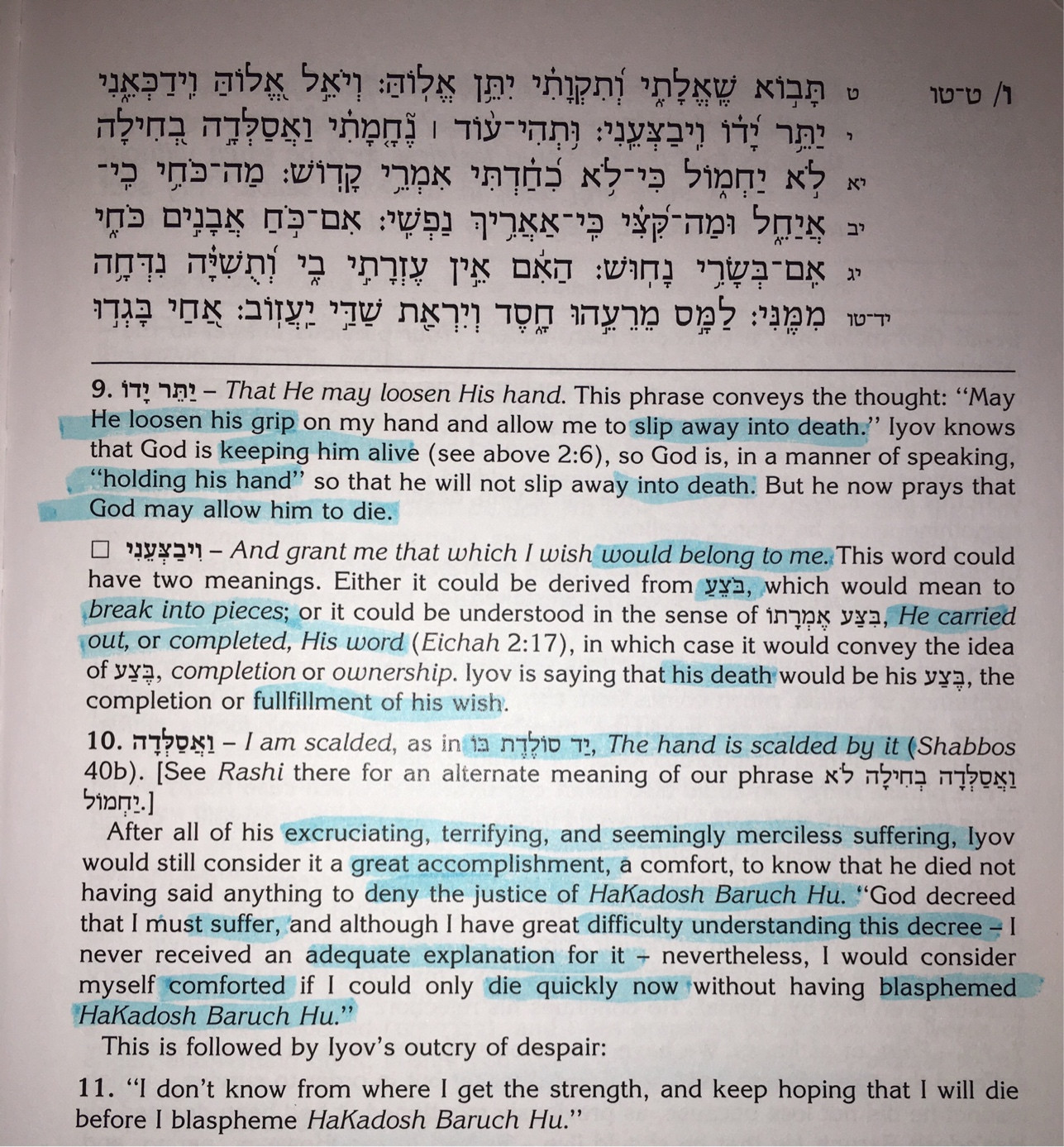 Instead of beseeching Hashem to end his life, why didn’t Iyov himself just commit suicide?

The Talmud [[Bava Kamma 91b]] says that you may not injure yourself, a fortiori commit suicide.

Iyov believes in God, and believes that God is intentionally causing him to suffer, but he cannot figure out why. He is struggling to make sense of his suffering in terms of his relationship with and belief in God.

If he would commit suicide, he would be abdicating on that moral challenge, and "cheating" God, as it were.

When he tries to understand why God did not go all the way and kill him, and he expresses his wish that God would have done that, that opens new ways of thinking for him, allowing him to come to understand what God want from him, and why God pushed him almost to death and passed the point where he wished for death, but still kept him alive.

Not the answer you're looking for? Browse other questions tagged job-iyov-book-of suicide .

0
How long did Iyov suffer unfairly until G-d gave him blessings for resisting it?
2
Seeking information on the Targum to Iyov
4
Do we know of any animals that behave this way? (Bava Basra 16a)
4
Was Samson permitted to commit suicide and if so why?
10
Two instances of etnaḥta in Iyov 22:21