Why there was no railing on the 5m high Mizbeach?

While looking at drawings of the Temple's Altar, I was impressed by its dimensions: up to 5m (16ft) high and 15m (100ft) wide. Here's a pretty truthful depiction (courtesy of WIKI) that gives an idea of its size: 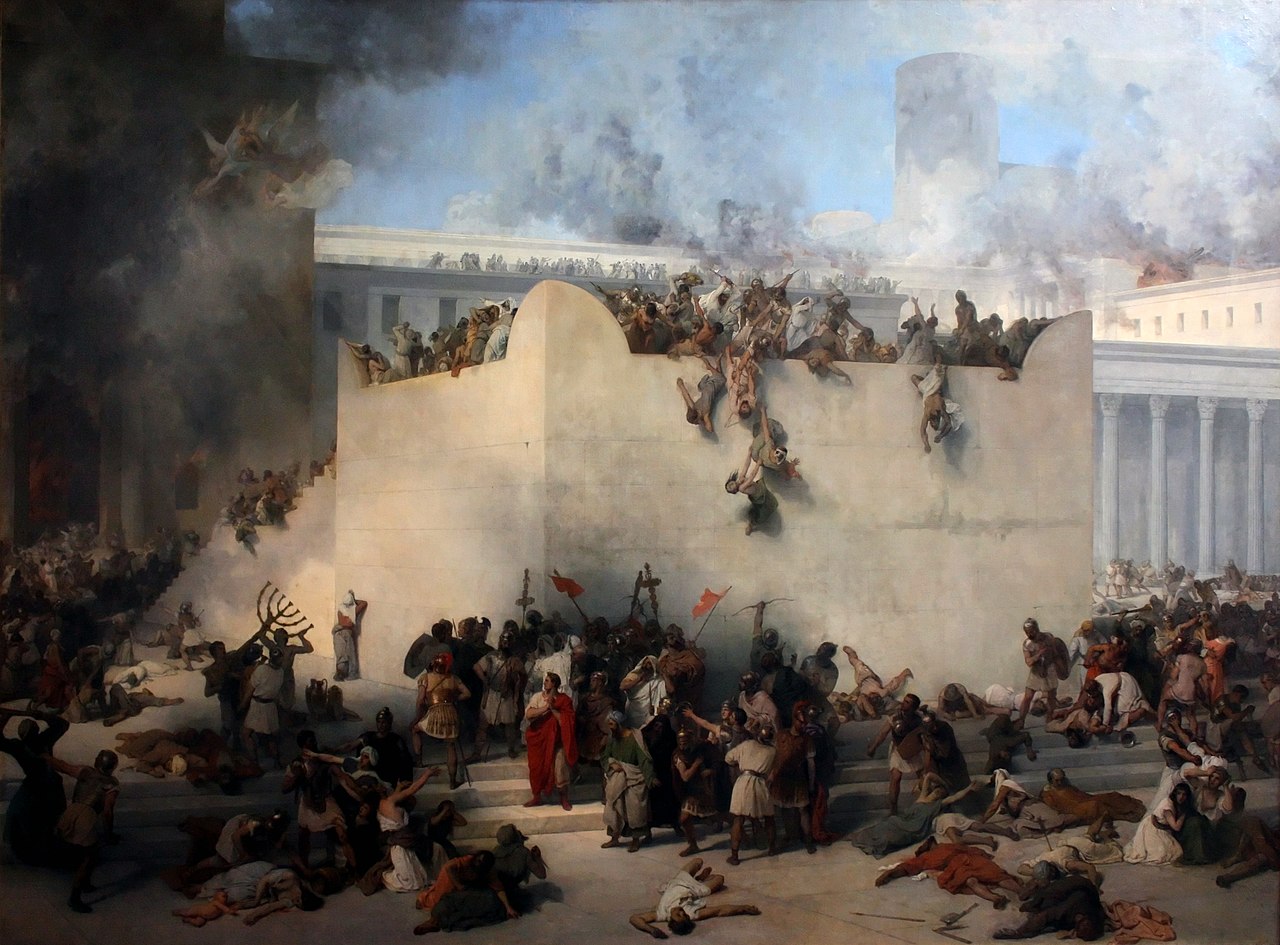 Here's another picture from Mesivtah©needs permission? that shows the full altar from a different angle: 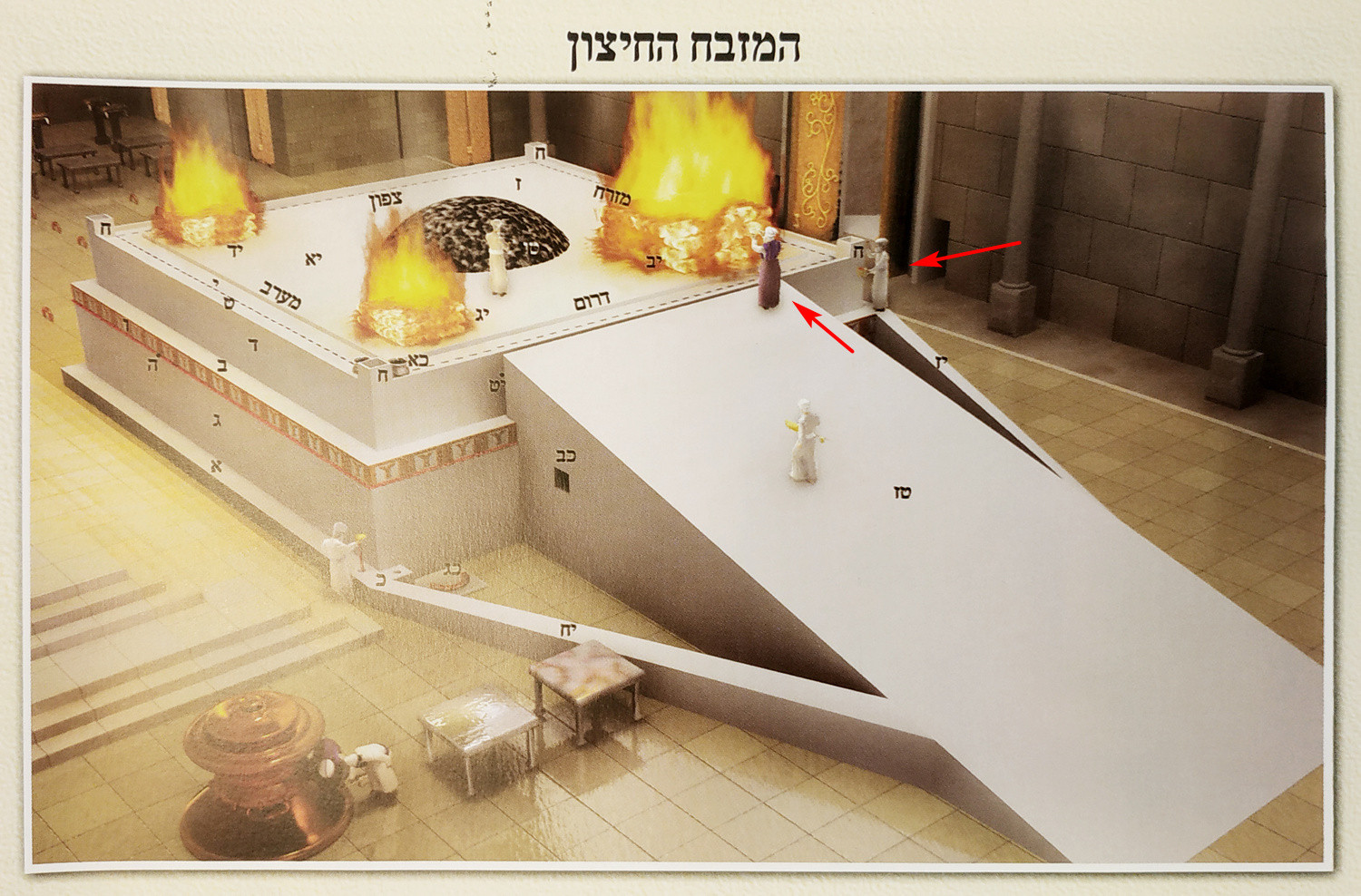 As we can see the whole area has no railings. I thought I was a safety freak, but the Mishnah describes that some careless Cohanim actually fell and were hurt (Yomah 2,2):

It once happened that two were even as they ran up the ramp, and one of them pushed his fellow who fell and broke his leg.

Interestingly, even after the incident they didn't think of adding the railings, they (the court) simply canceled the lot altogether.

Please look at the two Cohanim I marked with red arrows - they endanger their lives (or at least their service as Cohanim, because a broken limb can lead to disqualification). THere's also a 50cm Hasovev around the Mizbeah about 2.5m high (notice marks ב and י"ז)!

The top of the altar is called "גג" - "roof" and the Torah has a specific and explicit double commandment/prohibition of "making a railing for your roof" and "prevent personal injuries in one's house" (Deut. 22,8):

When you build a new house, you shall make a parapet for your roof, so that you do not bring bloodguilt on your house if anyone should fall from it.

(My Rabbi offered a simple Tiruzt, as many Mitzvos don't hold in the Mikdash (Mezuza?), we can learn it from the Posuk says "בביתך" you're obligated but not in G-d's house :)

So why didn't the Mizbeach have railings or safety guards?

The Tiferes Yisrael (Middos, Chap. 3, Yachin, 8) posits that there was a quasi-מעקה on the top of the Altar.

The Tiferes Yisrael refers to Zevachim 62a as source for this suggestion:

This notion that the "karkov" served as a quasi-מעקה, is also mentioned by Rabbi Yosef Rosen, known as the Rogatchover Gaon, in his work "Tzofnath Paneach" (Terumos, Chap. 1, p. 8. column 1):

The Sifri (Ki Tetzei, 229) explicitly exempts a ramp from needing a railing:

There could be another explanation. Rambam in Hilchos Beis Habdhira says that the Altar was not a building, but one of the tools, used in the Temple (just like the Menorah or the table).

As such it is exempt from the railings because it is not a building to start with, like building a giant chair.

A few things, The tiferes yisroel posted earlier on zevachim is talking about the actual mizbeach so the mizbeach did have "protection" for the kohanim not to fall. As you can see from the sifri posted above the ramp did not NEED a rail. maybe you could say the reason why it didnt have a rail is to train the kohanim to walk slowly on the mizbeach (maybe for tznius purposes or just for kavod)

I asked this question to many of my friend Rabbis, and all were stumped but one - R' Shimon Greenfield. He came up with an interesting idea (my translation):

In the Temple, we face numerous contradictions, e.g. regarding Sacrifices on Shabbos, putting Mezuzos, etc. It appears that this question presents yet another opposition - between the structure of the Altar and other Mitzvos of the Torah.

As the structure and the measures of the Altar are prophesized, and they did not include additional parts, like railings, we could conclude that it wasn't the part of the divine plan and the structure [of the Altar] overrides other considerations.

6
Why did they cancel the kohein races over an isolated incident?
2
What did the Kohanim do if there was nobody who hadn't already done the K'toret?
3
How did the Cohanim walk around the Mizbeach?
2
Why were there so many Karbanos Eitzim in Av, and so few during the rest of the year?
4
Why is the Mizbe'ach in Al Hamichya?
0
Why are there no high priests today?
1
Mizbaech Hachitzon in the mishkan - how was it made?