I'm currently writing a paper on the famed "purimfest 1946." In attempt to respond to all rebuttals that are brought up, I need to take a glance at the most authoritative tanach, the Aleppo Codex. However, the Esther portion of the code was destroyed in 1947. The jerusalem crown tanach under the auspices of Rabbi Mordechai brewer reconstructed the missing portions. If anyone has this tanach, also known as the Keter Yerushalayim, I would love to know what is written by the ten sons of Haman, does is it have a small tav shin and zayin as we have it today?

Yes, it has the reduced Tav, Shin and Zayin as well as the enlarged Vav.

It’s worth pointing out that the enlarged Vav distinguishes that it is not referring to a year count, but the millennia. So the year indicated would be 5707.

It's also worth pointing that some wish to suggest that the small and large letters printed in the Keter Yerushalayim are not according to the Keter Aram Tzovah, but rather upon the rulings found in Sefer Minchat Shai by Rabbi Yedidiah Shlomo ben Avraham Nortzi.

But reviewing the footnotes to the Minchat Shai to Esther concerning the ten sons of Haman, he discusses specific poskim with different small or large letters and those with none. But then he states that "and in all the precisely written seforim" (ובכל ספרים מדוייקים) the letters, etc. are as it has been reproduced in Keter Yerushalayim.

The question becomes, which precisely written seforim is the Minchat Shai referring to?

That is answered by looking to the beginning of the comments of the Minchat Shai to Sefer Bereshit. He lists the many poskim and sofrim that he has looked at and then explains:

And we rely upon the reading of Ben Asher. And so (too) Rambam z"l relies upon him and like the minhag of the west.

In this case, the west appears to be used like it is with the Talmud Yerushalmi which is also called Talmud HaMa'aravi.

And it is known that the precisely written Tanach which Rambam used in formulating the laws of writing a sefer Torah in the Mishnah Torah, was the Keter Aram Tzovah. So the Minchat Shai is actually relying upon what he saw or what others relayed to him was in the Keter Aram Tzovah for the large and small letters to the ten sons of Haman. 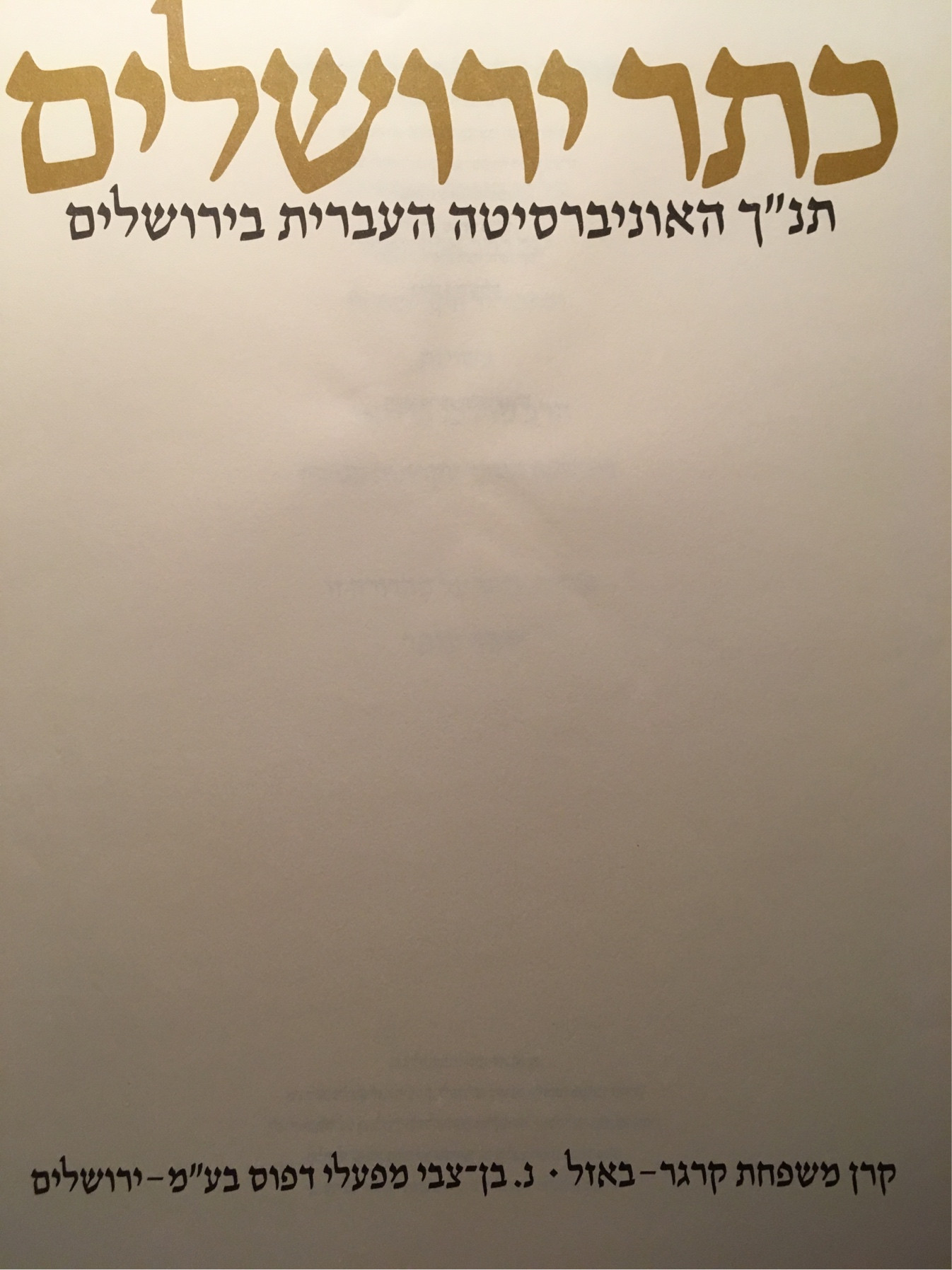 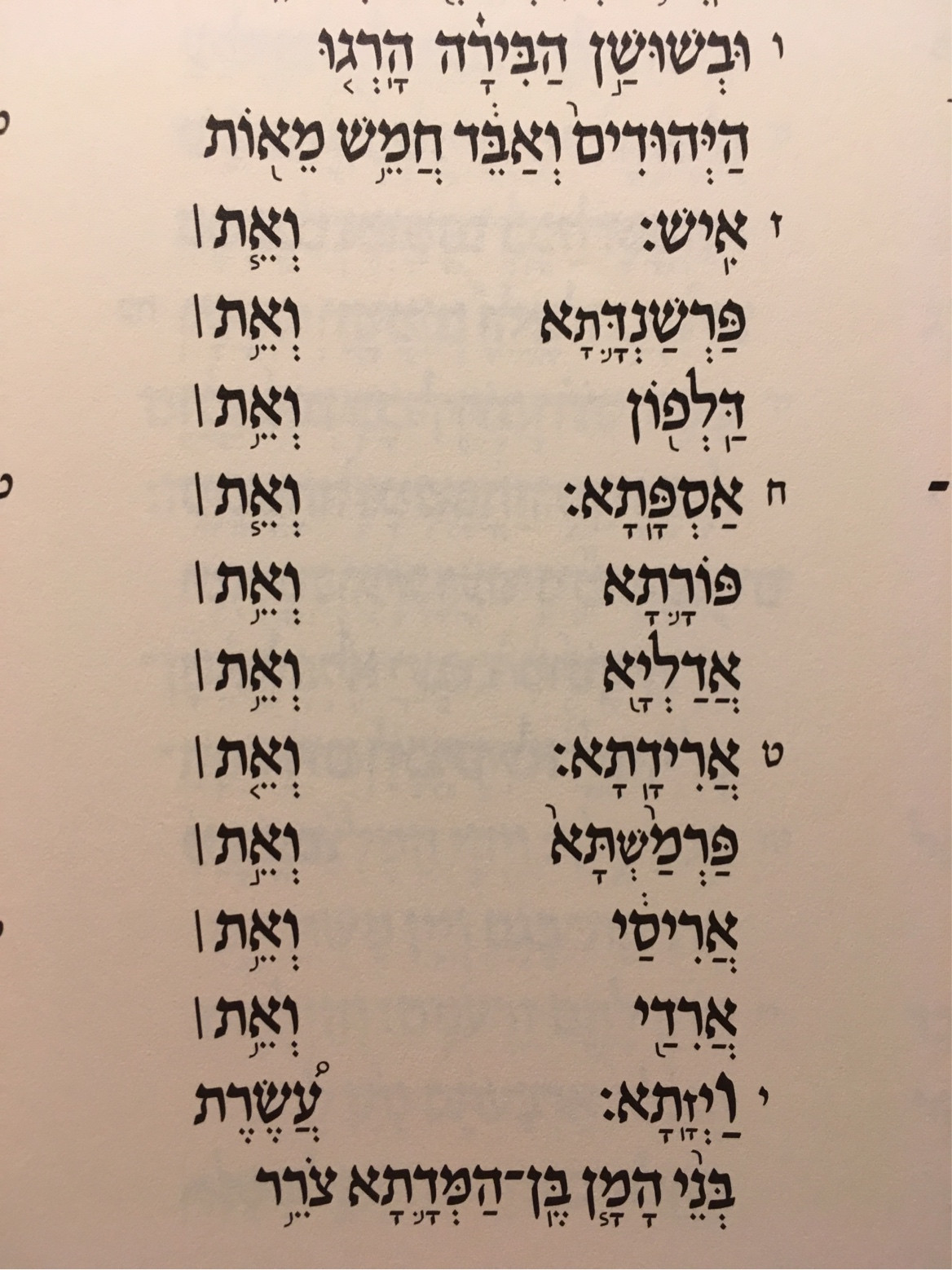 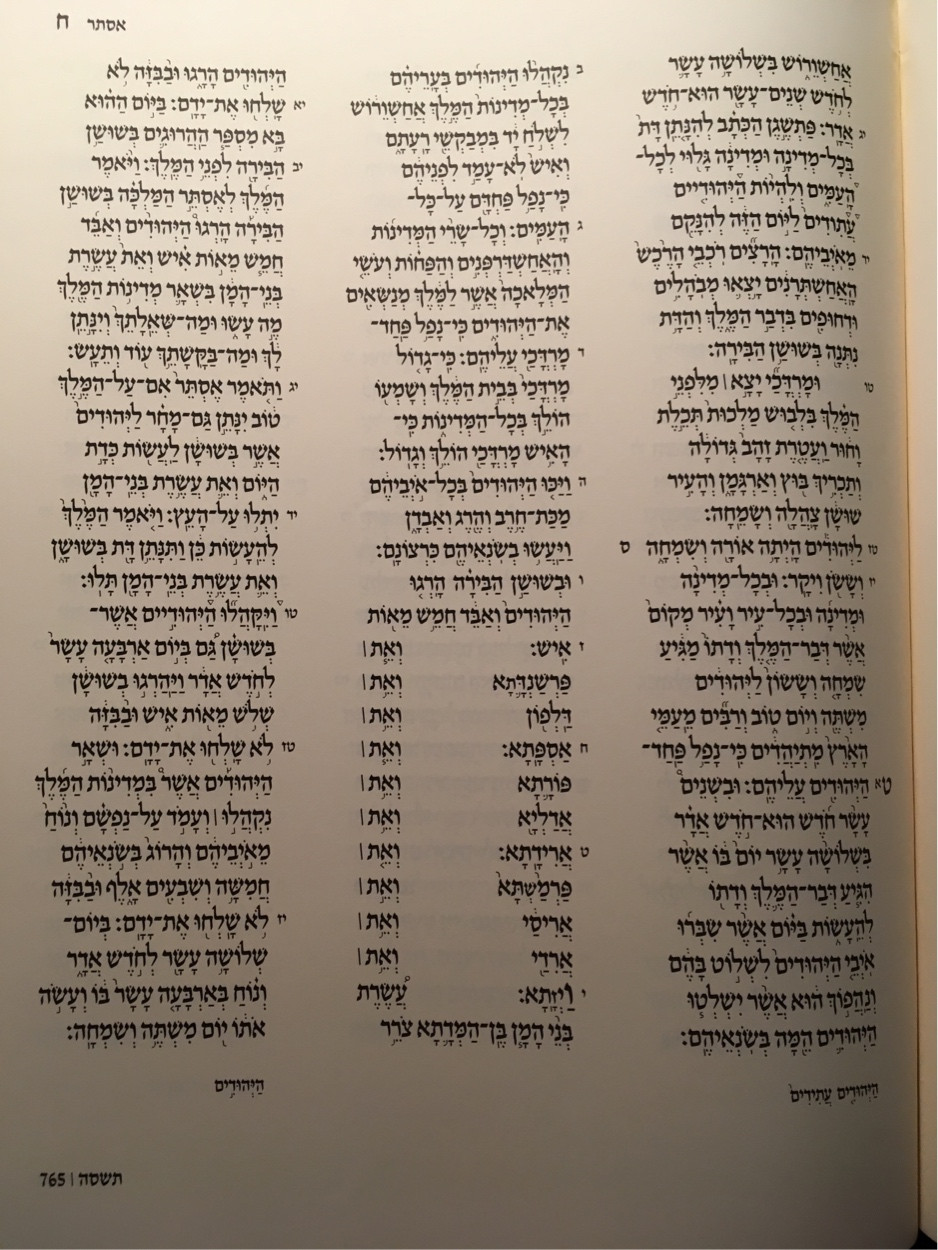 The text of Biblia Hebraica Stuttgartensia's Esther, which is based on the Leningrad codex (the oldest extant Tanakh manuscript), does not have such variant sizes. Particularly, there is no note either indicating that other manuscripts consulted have these forms either.

While the Leningrad codex was not written by Ben Asher, it is the closest manuscript to the Ben Asher tradition containing Esther.

Aharon Ben Asher, who in fact was the naqdan of the Aleppo Codex, wrote a Masoretic treatise called Diqduqe Hatteamim, which contains a list of large and small letters. The list in the Baer and Strack edition enumerates all the small letters in this section (ת, ש, ז) and the big ו. (If you want to be rigourous in this, it is worth consulting the more accurate edition of A. Dotan; the Baer and Strack edition is known for including Masoretic traditions that Ben Asher did not author).

UPDATE: I could not find this section in Dotan's edition. Evidently Dotan does not agree that it was written by Ben Asher.

Not the answer you're looking for? Browse other questions tagged tanach megillat-esther .

1
What does the Dikduk Hataamim of Ben Asher (the A. Dotan edition) say in reguard to the 10 sons of Haman?

5
In the book of Esther, was Haman plotting to kill/overthrow Ahasueros?
18
Order of the Tanach
14
What meaning do the names of the ten sons of Haman have?
6
Are the conventional chapter divisions of any entire books of Tanach originally from Jewish tradition?
4
Who authored the Tanach?
4
Haman going to the second feast dirty
1
What does the Dikduk Hataamim of Ben Asher (the A. Dotan edition) say in reguard to the 10 sons of Haman?