The semi popular Passover Haggadah by Rabbi Nathan Goldberg strangely puts drinking the fourth cup at the seder after starting a couple of songs from nirtzah. 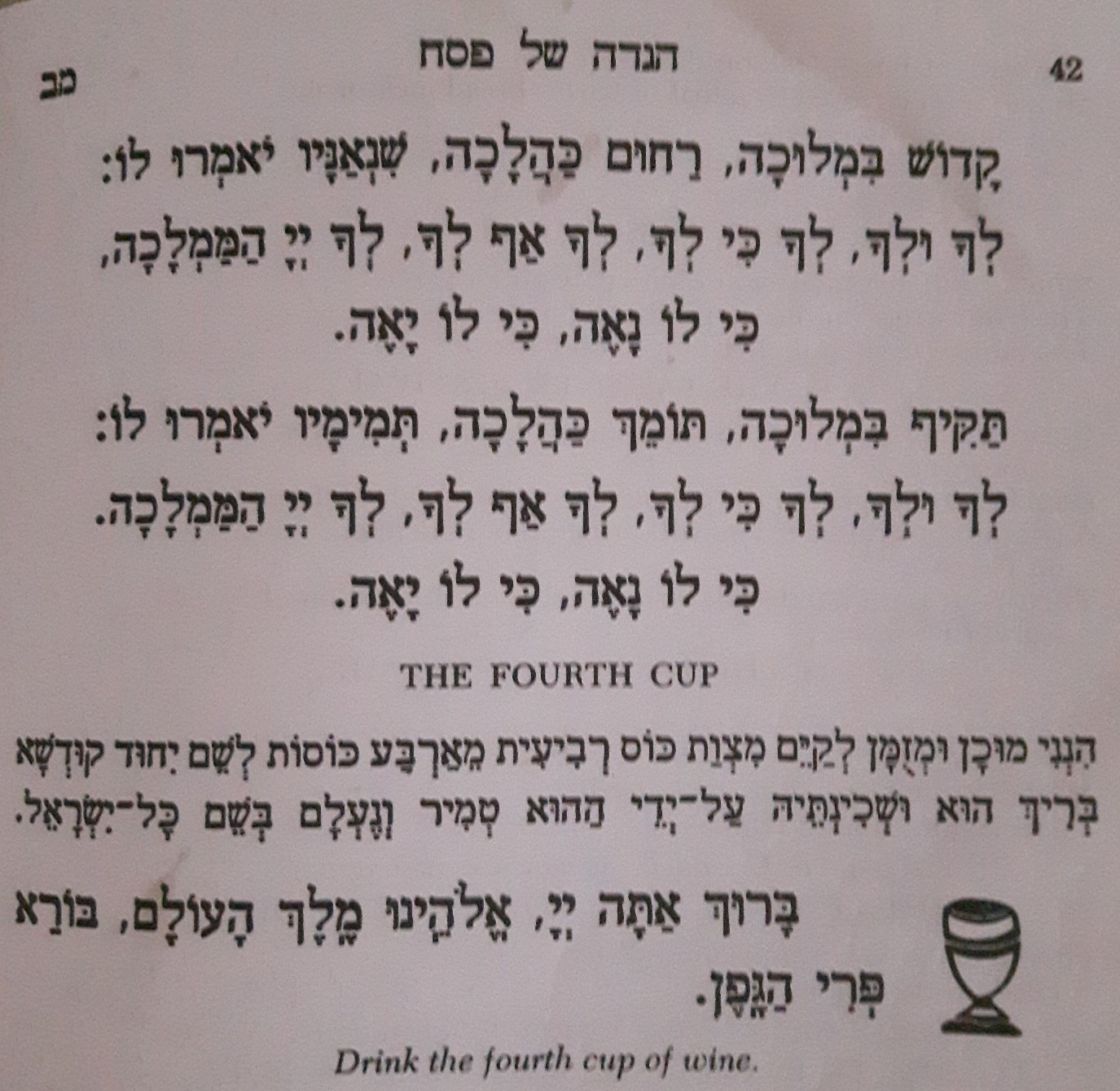 I've never seen this in any other haggadah, and it seems wrong. The fourth cup was established to go with hallel, and it would make sense then to drink it at its conclusion, and not make an interruption with a couple of unrelated songs.

Is this a mistake? Is there some source for this "change"? Someone told me it's also like this in the Gra's haggadah, but I checked one version and that wasn't the case.

I've seen some haggados that do this, including the famous Maxwell House haggadah.

I don't have a source, but the way I understand it is that they're making some of the piyutim a part of the structure of Hallel, like Ashkenazim do in Shemoneh Esrei on certain days, including tefillas tal a few hours later.

The unusual part is the piyutim are after the ending bracha of Hallel. It would be more usual to put them before the ending bracha (like צמאה נפשי, which is now typically used for Friday night but was originally intended to go before נשמת - in principle you could combine both customs by singing it before נשמת at a Friday night seder). The closest parallel I can think of is saying שיר המעלות after Yishtabach on the Yamim Noraim. The Magen Avraham was uneasy with that too.

Not the answer you're looking for? Browse other questions tagged passover passover-seder-hagada hallel four-cups-wine .

8
What is Nirtzah?
4
Starting the Seder quickly
2
Starting the Seder after Sheki'ah (sunset)?
3
Is “Nishmat” included in most copies of the haggadah?
5
Oops! Out of wine for the 3rd cup. What do we do?
2
Can one use a gold cup at the Seder?
6
No Hallel in the seder?
1
Why don't we raise the fourth kos during Hallel?
3
Putting sefiras haomer in nirtzah