The Talmud (Bekhoroth 9b) cites the opinion of Rabbi Yehuda that it is forbidden to derive benefit from a firstborn donkey before it is redeemed. This view is codified by the Rambam (Bikkurim 12:4) and the Shulchan Aruch (YD 321:8). This prohibition includes benefitting from the animal's work, shearings, or money from its sale.

Considering that donkey foals possess a fair amount of charm, would this prohibition preclude deriving any pleasure prior to the redemption by, e.g., entertaining children, patting it, and/or viewing it for reasons not essential to the performance of the mitzvah? 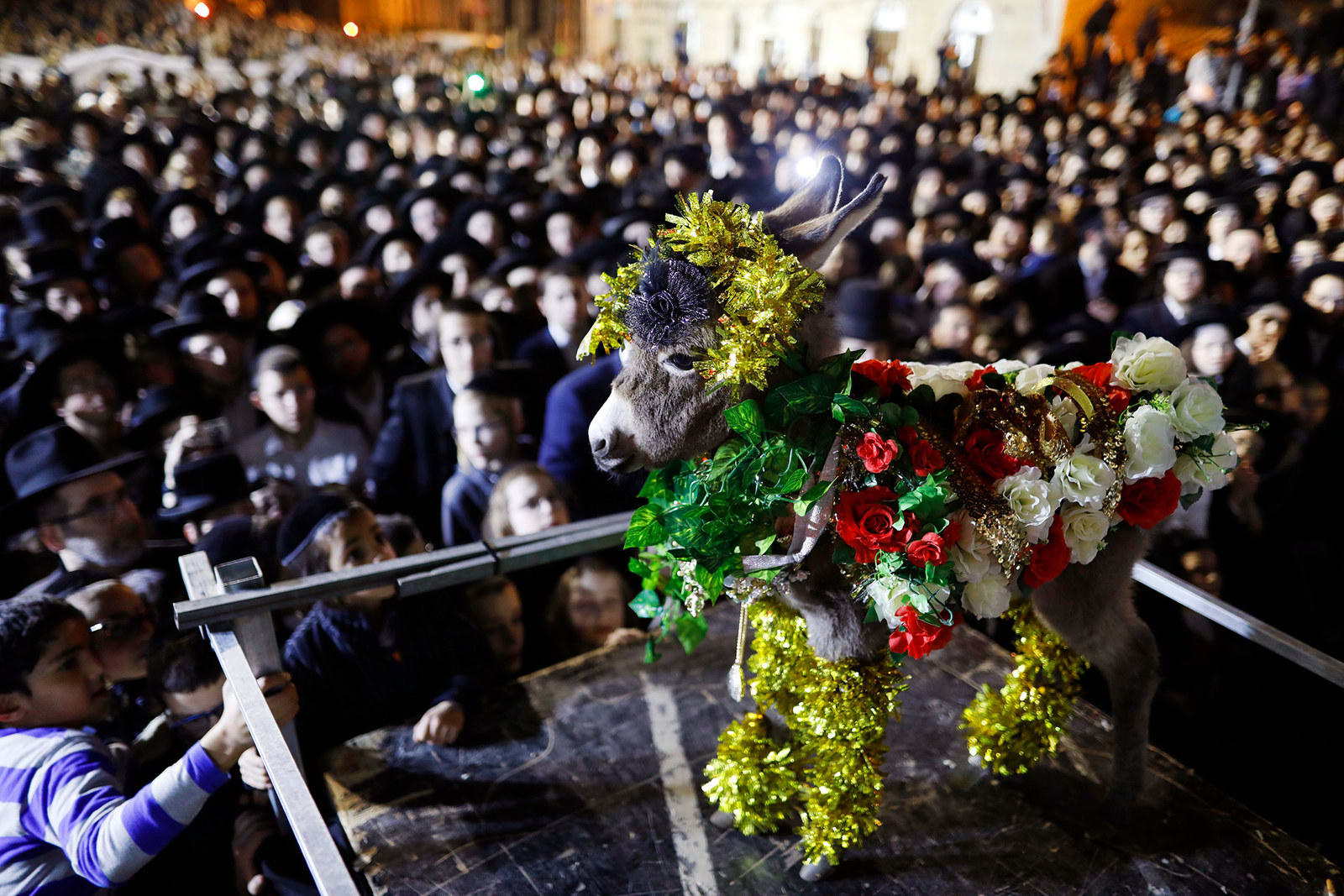 I attended a pidyon petter chamor in Pittsburgh in 2017. It was organized by the Kollel and attended by many of the local Orthodox rabbis (and lots of other people). Unfortunately the web site they set up at the time is no longer there (and not in the Wayback Machine), but I have a video (linked on my blog post about the event).

In the (first, introductory) video, Rabbi Avrohom Weisswasser reported the research they did, but unfortunately didn't cite a source:

A little later (1:27) he says he consulted Rabbi Ariel Shoshan of Scottsdale, AZ, who had done this mitzvah previously. Whether R' Shoshan is the source of the information quoted above, I do not know.

In the video, during the introductory comments, you can see many children gathered around the donkey, but they're not petting him -- the handler is keeping him away from them. (After, the handler allowed plenty of petting.)

Before the event I had some questions about the logistics of the kinyan (they were selling shares of the donkey so that more people could participate), and they also mentioned consulting Rabbi Shlomo Miller of Toronto.

Not the answer you're looking for? Browse other questions tagged halacha animals bechor-firstborn hanaah-benefit issurei-hanaa .

4
Pinchas Ben Yair's Donkey
6
Double portion for firstborn
28
Must a jew-by-choice who is a firstborn observe the fast of the firstborn
8
What is considered to be "firstborn"?
2
Firstborn is sick on erev Pesach
5
Can one lechatchila choose to behead a firstborn donkey?
1
Why would one who redeems someone else's firstborn donkey be able to keep it, if he's effectively forcing the owner into a sale?
5
Unusually high ratio of Levites to Firstborn-Levites